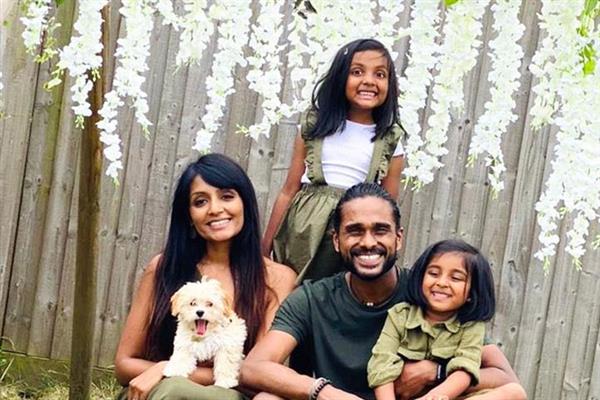 An amazing little girl has hit the headlines after her quick-thinking action saved her father’s life.

Five-year-old Avaana Samuel was at home when her dad Sam, 34, suffered a life-threatening seizure. Avaana sprang into action moving her little sister Arya, three, into a different room before phoning her GP mum Sindhu and other relatives who dialled 999. After the emergency services were alerted and called the house, Avaana remained calm and followed their instructions, moving her father into a safe position, checking if he was breathing and staying by his side until her family and the paramedics arrived.

Sam, who was diagnosed with a brain tumour in February after being taken ill on the Tube and has since raised nearly £8,000 for Brain Tumour Research, said: “While it was a very scary time I am so proud of my girls, particularly Avaana who literally saved my life. She was protective of her little sister and then called for help. Somehow she managed to remain calm and did everything she was told.

“I was unconscious for around five minutes and, when I came to, I was very confused and disorientated. It wasn’t really until I was in the hospital that I realised how serious it had been.”

Avaana’s amazing action has been deservedly recognised in the press, and the family will be interviewed on Channel 5 at 5pm today. Their story has also featured in The Mirror and Yahoo! News, as well as being widely covered by regional media across the UK.