We are grateful to Matthew who worked with us in August 2020 to share his story here. Sadly, he passed away in September 2021. We remember Matthew as we continue our work to raise awareness of this devastating disease and to fund research to help find a cure. He will be forever in our hearts.

In July 2020 17-year-old Matthew Pullan from Greater Manchester was admitted to hospital for brain surgery, eight years to the day since he lost his mum to breast cancer.

This was Matthew’s second brain surgery in 14 years; the first being an operation to remove a different type of tumour in a different part of his brain, at the age of just three. Now, as he prepares to begin another gruelling course of radiotherapy, his identical twin brother Alex has vowed to do all he can to support Matthew and to fundraise to help prevent others enduring the same suffering as his beloved brother.

I was diagnosed with a low-grade ependymoma brain tumour when I was just a toddler. I don’t remember much about the experience of being diagnosed or the treatment that followed but I do remember having to learn to walk again after surgery. I had my radiotherapy at The Christie in Manchester and apparently, I was one of the first children to be fitted with a new type of mask they were using to administer the treatment. It was a really scary, unpleasant and painful experience, having to be strapped down to have the mask fitted at the age of just three. 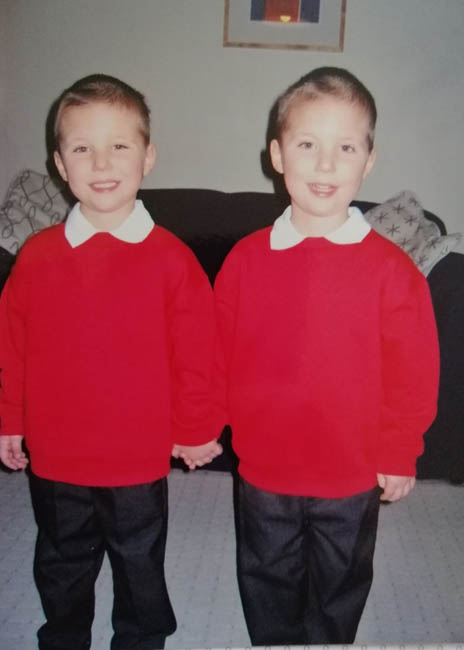 I have always been extremely close to my brother Alex and as identical twins, we definitely experience a special ‘twin bond’. While surgeons worked to remove my tumour back in 2006, Alex, who was at nursery at the time, sensed what was going on, taking himself to the corner of the room and falling asleep at exactly the time I was given anaesthetic.

“During my recent surgery, Alex had a headache all day and was really tired until around 7 pm, which was the time he was woken up. It was really weird.”

After suffering from a brain tumour as a young child, I went on to recover really well and enjoyed several years of stable MRI scans, which confirmed no sign of any remaining tumour. All of that changed early in the summer of 2020. As the country was in the throes of a global pandemic and subsequent ‘lockdown’, my family began to notice that I was getting increasingly clumsy. I am a keen runner and had also had a few falls while out running. After the third fall, I began to think it was more than just a coincidence and that there might be something wrong, so I went to talk to my consultant, who sent me for a precautionary scan. 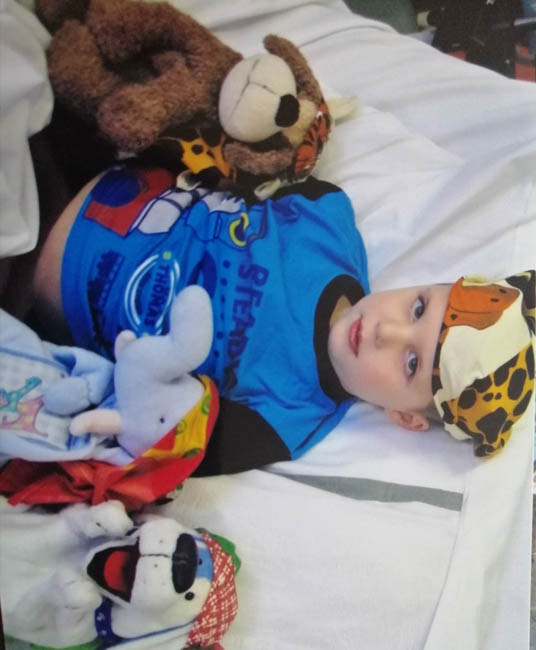 It was my dad who had the unenviable task of breaking the bad news to me. My college had just reopened after the coronavirus closure and I was in a lesson when he had been trying to get hold of me. My phone was on silent and so he drove up to tell me in person. I got in the car and he broke down as he shared the news that I had a new, 4cm by 4cm primary tumour in the cerebellum part of my brain. My dad has been through so much already, as we lost our mum to breast cancer eight years ago. It was really difficult for him.

“I had always worried that the original tumour would grow back but this one is in a completely different location and has a different, more unusual make up. It was a huge shock.”

Within three weeks of receiving the diagnosis, I was admitted to hospital for surgery to remove as much of the tumour as possible. I went into Salford Royal on 7 July 2020; eight years to the day since our mum passed away. I couldn’t sleep the night before my operation and just as I was finally dropping off at around 1 am, I was woken up for a CT scan. It was really annoying! I coped well otherwise; it was just a lonely experience, particularly as Covid-19 restrictions meant visitors were strictly limited.

The surgery lasted nine hours. Alex said afterwards that it felt like the longest day of his life.

“But, despite the restrictions which meant we couldn’t physically be together, our brotherly bond once again meant that Alex could sense the exact times I was in theatre and when I was brought round afterwards.” 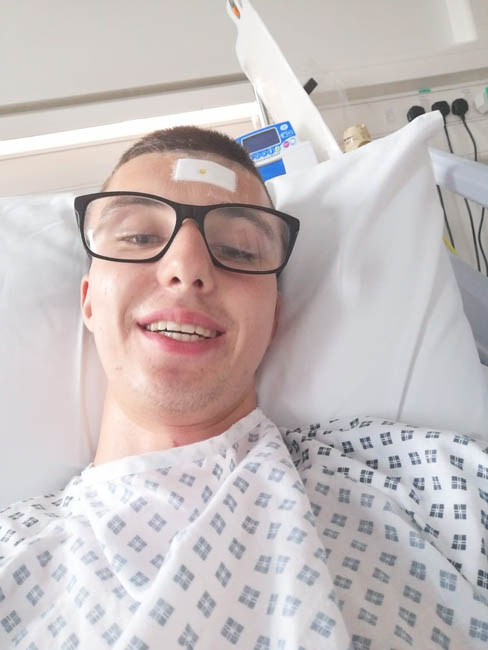 Apart from having a stiff neck, I felt fine when I woke up. Apparently, I was uncharacteristically demanding and abrupt to the nurses looking after me, demanding they got me something to eat. Usually, I’m dead polite! It was a relief to go home after a six-night stay on the ward. I’ve since been recovering really well and am making good progress with my physio and occupational therapy.

We recently received the results of my post-op next MRI scan, which were not as good as we were hoping. Although the surgeon successfully managed to remove 99% of the tumour, the part that remains is on the brain stem and cannot, therefore, be operated on again. As well as this, we now know that the tumour is high grade and will eventually kill me. I have decided not to find out my prognosis, as I just want to live my life and enjoy it as best I can. A sample was taken from the tumour to perform a biopsy, which identified some of the tumour cells as astrocytoma but my doctors have been unable to conclusively diagnose other cells within the tumour, so it has been sent to a specialist centre in Nottingham for further investigation. It definitely seems as if this is a very rare type of tumour and both my surgeon and oncologist said they hadn’t come across anything like it before. It’s also unclear whether it is related to the tumour I had as a young child, or if I have just been extremely unlucky. The next stage of my treatment will be a course of radiotherapy, lasting between six weeks, alongside chemotherapy, which I’ll take in tablet form. 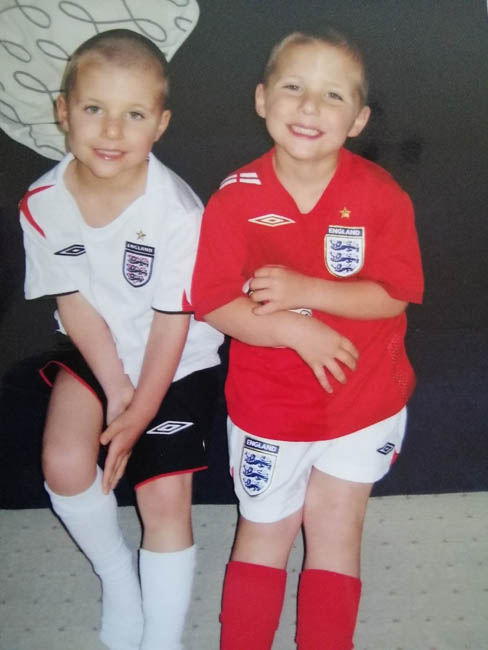 As I am missing my running, something which Alex and I normally enjoy doing together, I suggested to him that he should try to run 5k every day throughout my radiotherapy, which should be 42 days. He jumped at the chance of doing a physical challenge to support me through this difficult time but he went one step further and suggested getting sponsorship to raise money for charity. When Alex decided that charity would be Brain Tumour Research, I thought it was a brilliant idea and I am 100% behind him. He will be completing a daily 20 to 30-minute run throughout my cancer treatment, which will once again take place at The Christie.

“We have been promoting his fundraiser on social media and in our local press but I don’t think either of us could believe it when the fundraising total reached £5,500 before Alex even started out on the challenge.” 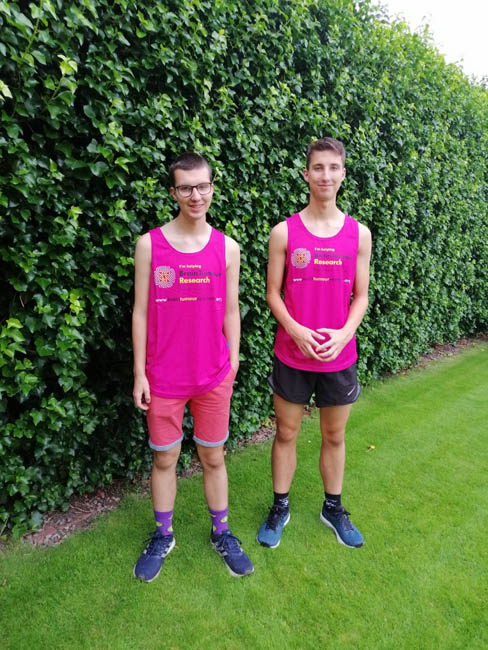 Alex has now increased his fundraising target to £7,500 and I’m sure he’ll smash it. I am extremely proud of his efforts, as it will hopefully result in fewer people going through the suffering I have endured twice. Alex and I are quite different as brothers; I like English, Business and History and want to study Business Management at Keele University, while Alex studies Maths, Geography and Science and hopes to train as an RAF pilot. One thing we do have in common is a love of running and while I’m not able to run at the moment, this will be the next best thing, as I follow Alex’s progress. 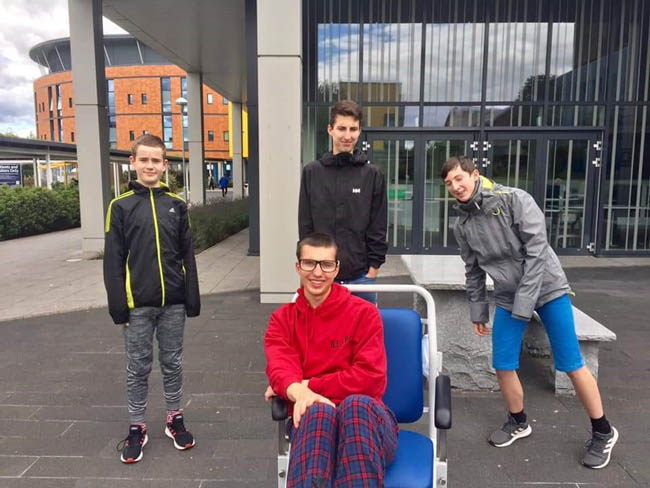 We live with our 14-year-old brother Mark, 12-year-old stepbrother Samuel, our dad Gary and step mum Claire. Claire and Dad are both key worker paramedics with Northwest Ambulance Service, who have appeared on the BBC One TV series ‘Ambulance’. It’s been a really tough time for all of us. We were all devastated to when we discovered I had another brain tumour but Dad was particularly shaken, having lost Mum to cancer. We are a tightknit family and all feel that we are in it together and will support each other through these difficult times. 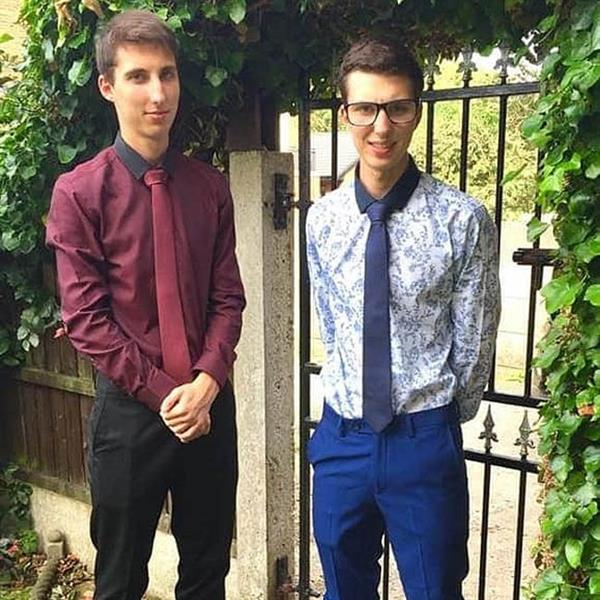