Brain tumour dad thanks Tube staff for saving his life 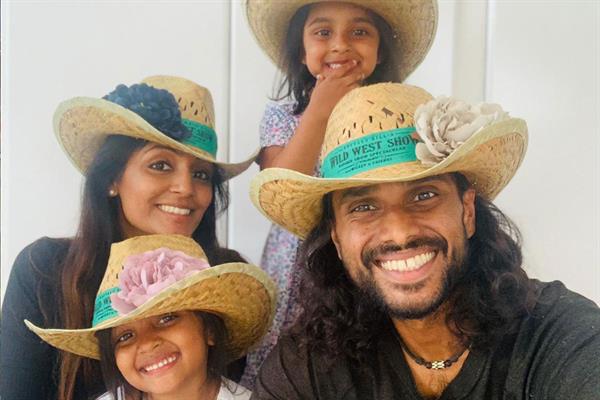 Brain tumour dad thanks Tube staff for saving his life

A commuter has thanked quick-thinking staff on the Northern line who “saved his life” when he collapsed with a seizure.

Sam Suriakumar was looked after by a number of TfL staff members when he became unwell as he travelled home to Worcester Park in Surrey. They helped him off the train at Balham and cleared an area in a mess room for him to rest and recover before an ambulance arrived. The 33-year-old recruitment consultant and part-time musician was taken to St George’s Hospital where he was told he had a brain tumour.

Shocked to hear of his diagnosis, the Northern line team has now gone one step further to help their passenger – they are taking part in Brain Tumour Research’s Wear A Hat Day with Flowers on Friday. The heartwarming story has been widely picked up in the media today including Asian Image and the Guardian Series

Now in lockdown at home with wife Sindhu, a GP working in the NHS, and their daughters Avaana, five, and Arya, three, Sam hopes to meet his Tube rescuers once lockdown restrictions are eased.

He said: “I suffered what I now know was a grand mal seizure as I returned home from work in early February. It hit me out of the blue and I will remain eternally grateful to the people who came to my rescue. They saved my life. To learn that they are now supporting Brain Tumour Research and taking part in Wear A Hat Day with Flowers is incredible and I am really moved by that.”

Northern Line Trains Manager Alexander Garnett-Scherer said the team had been very touched by Sam’s story and was “honoured” to support the charity.