ADI-PEG20 in combination with radiotherapy 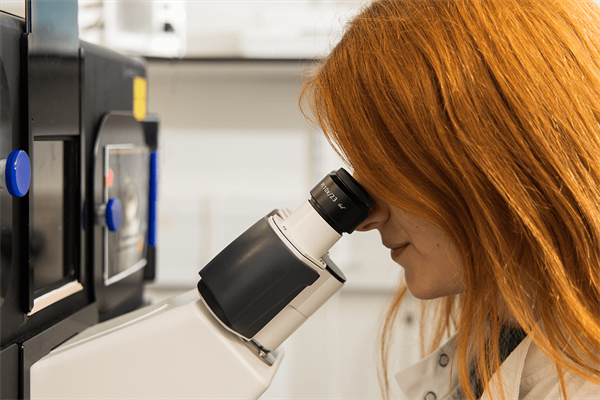 Scientists at the Brain Tumour Research Centre at Imperial College London have found that a drug which depletes the amino acid arginine made glioblastoma (GBM) tumours much more susceptible to radiotherapy, with the research paper  being published in the Journal of Clinical Investigation.

Arginine, an amino acid used in the production of proteins, is required by a variety of cancer cells, especially ones that are growing quickly, and therefore depriving tumours of this amino acid has been explored as a potential anti-cancer strategy in a variety of tumour types, including GBM.

Dr Nel Syed, from the Imperial team who is lead author of the paper said: “Arginine is a vital nutrient for tumour growth and our results show that reducing its supply makes tumours much more susceptible to radiotherapy. Removing arginine removes tumour immunosuppression and we found our approach meant immune cells around the tumour were more likely to attack and remove tumour cells.”

Our Director of Research, Policy and Innovation, Dr Karen Noble added “Whilst these studies were undertaken in the laboratory using preclinical models, the results are promising. Clearly the next step will be to explore the safety and effectiveness in humans by setting up a clinical trial – we’re pleased to report that data from the Imperial research has already helped inform a clinical trial in Taiwan where a small cohort is being enrolled to evaluate ADI-PEG 20’s efficacy in combination with radiotherapy and Temozolomide in patients with GBM. The trial is due for completion at the end of 2023.”

Researchers at the Yale Cancer Biology Institute have clarified the role of a recurring cancer-associated tumour mutation in GBM. The epidermal growth factor receptor (EGFR) is frequently mutated in cancers and is an important and successful therapeutic target, especially in lung cancer. Yet, despite EGFR mutations occurring in approximately 24% of GBM cases, treatment with EGFR inhibitors has not been successful in this cancer. The findings were published in  Nature.

Mount Sinai researchers conducting clinical trials of a drug targeting a cancer gene found that it increased metastatic cancer patients' survival and was able to work within the brain. The drug Entrectinib targets cancers that involve fusions between the cancer gene NTRK and other genes, including certain types of lung, breast, colon, and other cancers. This study looked at the effectiveness of the drug a year after three clinical trials were completed and found patients' response rates post-trial were 60 percent. The study was published in Clinical Cancer Research.

Immunomic Therapeutics, developer of ITI-300 and ITI-1000, has announced that treatment with multiple nucleic acid immunotherapy agents is being evaluated in phase 1/2 clinical trials. The first phase 1 clinical study evaluating ITI-3000 was launched to assess treatment in patients with Merkel Cell Carcinoma (MCC). Immunomic’s Chief Executive said: "This phase 1 clinical trial of ITI-3000 in MCC is an important milestone, as it expands the reach of our immuno-oncology program beyond our ongoing phase 2 study of ITI-1000 (Umitrelimorgene autodencel) in glioblastoma multiforme, to a second potential indication." In the ongoing phase 2 ATTAC-II study of ITI-1000, a dendritic cell (DC) vaccine, in patients with GBM, investigators are trying to determine whether or not pp65 DCs are effective for GBM treatment when given with stronger doses of routine chemotherapy.

MicroRNAs (miRNA), non-coding RNA molecules, are known for regulating mRNA stability and translation. miR-10b has been increasingly implicated in the pathogenesis of gliomas. Given the therapeutic potential of targeting miR-10b, researchers are seeking to understand the mechanism behind the glioma dependence, often referred to as addiction, on miR-10b. The resultant  paper ‘A nuclear function for an oncogenic microRNA as a modulator of snRNA and splicing’ is published in Molecular Cancer.