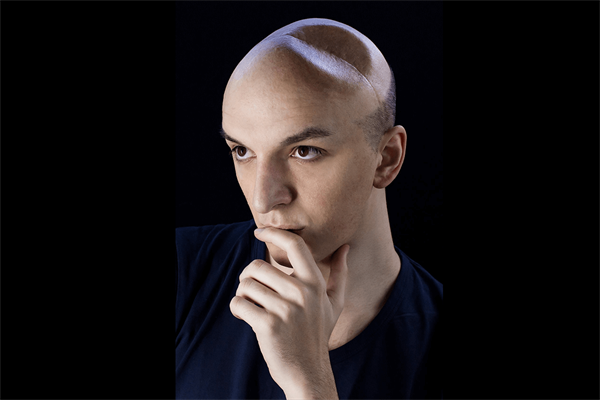 As our Level Up and Stop the Devastation Petition Report launched, Brain Tumour Research supporters were at the centre of a flurry of media activity helping to promote our cause.

Our story was in the headlines from breakfast with a live interview on BBC Radio Nottingham with Holly Roberts who lost her five-year-old son Larsen to a brain tumour and, throughout the day, a number of other patients and their families were interviewed on stations which included: BBC Three Counties Radio, BBC Radio Tees, BBC Radio Suffolk, ITV Tyne Tees, ITV Wales and Lincolnshire FM. The publication of our Report was covered in nearly 60 pieces of coverage on TV and radio, reaching some 13.2 million people across the UK.

Among those supporting the Report was Edward Ruggiero, who was diagnosed with a grade 3 anaplastic astrocytoma in 2017. Edward was given a prognosis of three to five years and now feels he is living on borrowed time. He underwent an awake craniotomy, but a life-threatening infection meant further surgery to remove part of his skull.

Edward, who has chosen not to continue with a punishing chemotherapy regime, was interviewed on Sky News, Channel 5, BBC Three Counties Radio and BBC Radio Sussex where he shared his story to help raise awareness. His story was also featured on the front page of The Argus.

In a powerful interview on ITV Anglia, he said: “There’s only a 12% chance that I’ll be here this time next year. I don’t want to die knowing that this funding still isn’t being taken seriously.”

Our thanks go out to all of the supporters who shared their brain tumour stories on TV, radio and in print in order to help raise awareness of this devastating disease. We also thank everyone who took to social media to help create a buzz as the Report was launched.

The petition is now closed, but you can help us keep the momentum going.

If you haven’t already engaged with your MP, please email them (help with this can be found here) and ask them to read the report and pledge their support.