Get your MP to support the Petition report 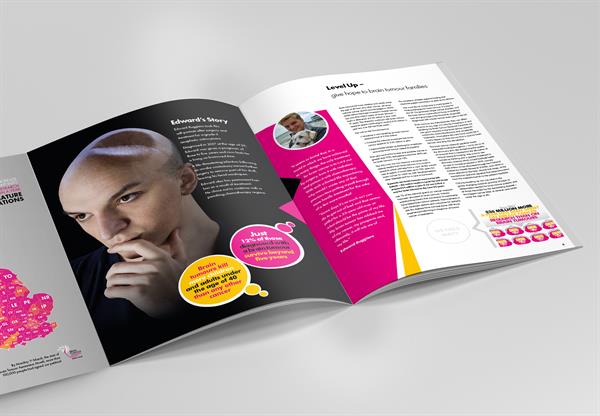 Next week each and every one of our 650 MPs will be receiving Brain Tumour Research’s post #braintumourpetition report.

A highly powerful document, of which we are intensely proud, it contains the photos and thoughts of so many of you who supported our #braintumourpetition.

Crucially this report demands that during the course of this Parliament the Government must introduce a dedicated Levelling Up Brain Tumour Research Fund of £105 million and to increase the ongoing national investment in brain tumour research to £35 million a year so that we can stop the devastation of this awful disease.

Why £35 million? Because we must have parity of research funding if we are to improve options and outcomes for brain tumour patients in the way they have been improved for those diagnosed with other forms of cancer.

Brain tumours kill more children and adults under the age of 40 than any other cancer, yet since national cancer spend records began in 2002, £680 million has been invested in breast cancer research, but only £96 million spent on brain tumours – that’s a difference of £35 million a year over 17 years.

The brain tumour research pipeline needs adequate funding throughout. We want to see joined up thinking and a greater investment in the discovery science which would facilitate better access to monies promised in 2018, namely £40 million to be allocated through the National Institute for Health Research (NIHR), which so far has allocated less than £10 million! (NB Keep an eye on Tuesday’s Oral Health & Social Care Questions when Ruth Cadbury MP will be asking the Health Minister “What discussions he has had with the National Institute for Health Research on increasing the number of research grants for the treatment of brain tumours?”).

It is time for the Government over the remaining lifetime of this Parliament to deliver the parity of funding that is £35 million per year. For the next three years that totals £105 million.

The pandemic has shown us what can be achieved, and at speed, when the funding for discovery science is appropriate.

It is our turn.

As well as receiving the Petition report next week I’d like every MP to receive an email too. An email from you their constituent who is a brain tumour research campaigner.

And please send them this template email;

I am a constituent, a brain tumour campaigner and a supporter of the charity Brain Tumour Research and please tailor with your own story as appropriate.

I signed the #braintuourpetition that was hosted on the charity’s website and received in excess of 110,000 signatures.

In response to the petition, a report has been written.

A report that you will receive at your office early next week.

A report that calls for the change that needs to happen for those diagnosed with the biggest cancer killer of children and adults under the age of 40.

Please read the report and pledge your support.

On Thursday 15th April please can you take a photo of yourself with the report and tweet;

I support the #BrainTumourPetition and the @braintumourrsch report calling for a Levelling Up #BrainTumourResearch Fund of £105 million and an increase in national investment to £35 million a year during this Parliament. Together we can stop the devastation of this awful disease

It would mean so much to me and to our community.

Thank you in advance,

<Your postal address and postcode>

As always please do Cc hugh@braintumourresearch.org into these emails so we can record who has been contacted and what action they have taken.

I know we often ask you to engage with MPs on Twitter but it does get results as you can see here. MPs take to Twitter to support Brain Tumour Research

By the way, the Petition report will also be available to view digitally on our website and I’ll send the link out in next week’s update.

The Petition report is a landmark moment.

Sincerest thanks to all of you who supported the petition that triggered the report.

Sincerest thanks to those of you whose thoughts and images are represented in the moving and powerful document.

Sincerest thanks too to those of you who are going to support this campaigning action – let’s light up Twitter next Thursday with ambition and passion.

Keep the momentum going – to slow down and stop isn’t an option - our cause is too important.

If reading this update has motivated you to join us and you’d like to receive weekly campaigning updates please email hugh@braintumourresearch.org or visit Campaign With Us