Edward was 29 when he suffered a seizure and was diagnosed with an anaplastic astrocytoma brain tumour. The tumour was high-grade and he was given a prognosis of just three to five years. He underwent surgery and treatment which left him with permanent hair loss and a misshapen skull. Four years on from his diagnosis, and together with his mum Julie, he is working with Brain Tumour Research to share his story and raise awareness of the disease which kills more children and adults under the age of 40 than any other cancer.

Edward’s story is told by his mother Julie

My beloved son Edward took this self-portrait some two years after he had surgery to remove a grade three anaplastic astrocytoma followed by another operation to remove part of his skull because of a life-threatening infection.

I think the picture really captures who he is; a strikingly beautiful, vulnerable, yet brave young man. I am so very proud of him and the decisions he has made.

Edward was living in Brighton when he was struck down with a massive seizure. It was early August 2017 and I had gone away to Rutland for the weekend, blissfully unaware of what had happened to my only child. He had been sitting outside his flat and I will always be grateful to his flat mate Ruth who handled the whole thing brilliantly when he launched off his chair across some decking.

A friend called me on the Saturday morning and my first thought was for my elderly parents but no, it was about my darling boy who was in hospital in Brighton. I was completely stunned and had no idea of the full implications of what had happened.

The journey to Brighton took forever. It was Pride weekend, an event that Edward had really been looking forward to. When I finally got to the hospital, I found Edward scratched and bruised from the fall caused by the seizure and was horrified to be told that a CT scan had revealed he had a brain tumour although, thank God, it wasn’t life-threatening. It was so typical of Edward that he seemed to be more concerned about missing out on Gay Pride than having a brain tumour! 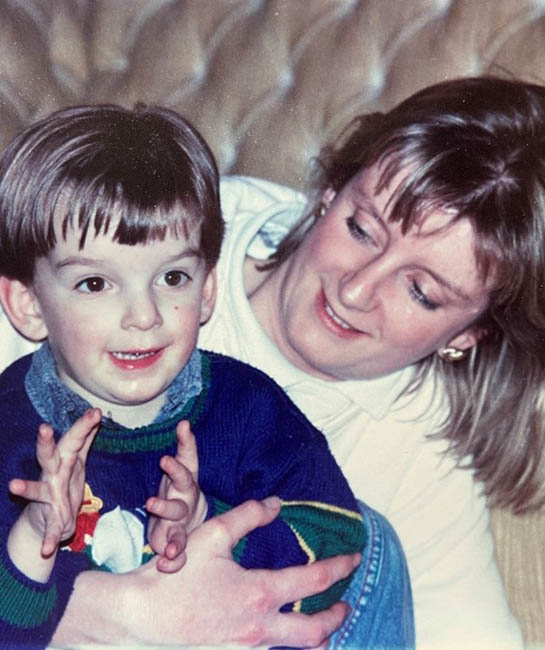 Edward was the sweetest baby and everyone adored him. He was - and is - the centre of my world. I brought him up on my own having been through a difficult separation when Edward was just a few weeks old and then a divorce. He had a difficult time at school after confiding in a friend that he thought he was gay. When he came out to me at about the age of 12 or 13 I felt sad that he would have to endure the bullying which, sadly, seems to come with the territory. He suffered horribly at school, academically he switched off but he was always good at drama. He went through a goth stage which meant he could wear make-up, then started to dress in a very androgynous way and from there he started to look more feminine which lead him into the drag scene.

I thought he looked fantastic and was very proud when, in 2015, he auditioned for a pilot of what was to become the television reality show Ru Paul’s Drag Race. The event took place at the Café Royal in London and, along with Ru Paul, the other judges were Jonathon Ross and Katie Price. My son, aka Eddie OK Adams, came third and it was absolutely wonderful. 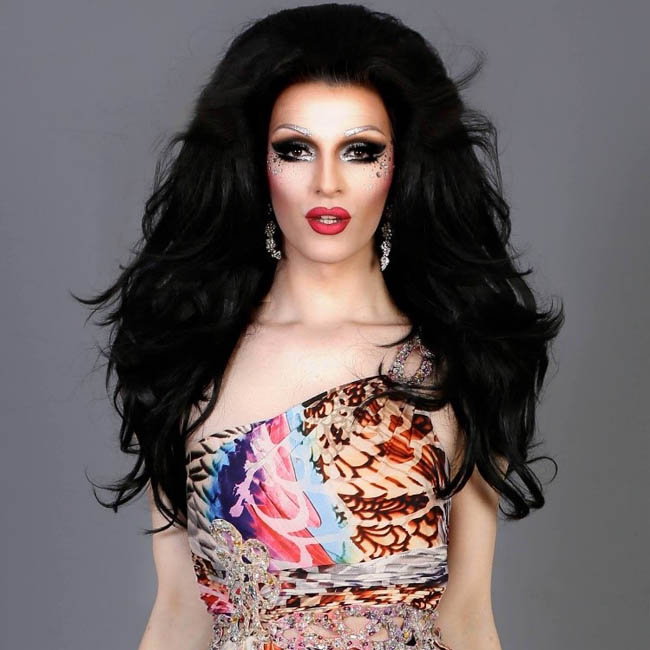 Sadly, the journey we have been on since Edward’s diagnosis has been a far cry from the glamour and excitement of what his life should have been. It ended his career as a drag queen. After the initial seizure, we found ourselves on a treadmill of increasing horror as we attended appointment after appointment with neurologists and to have scans. When it was decided Edward needed surgery we had a few weeks to try and live as normally as possible. 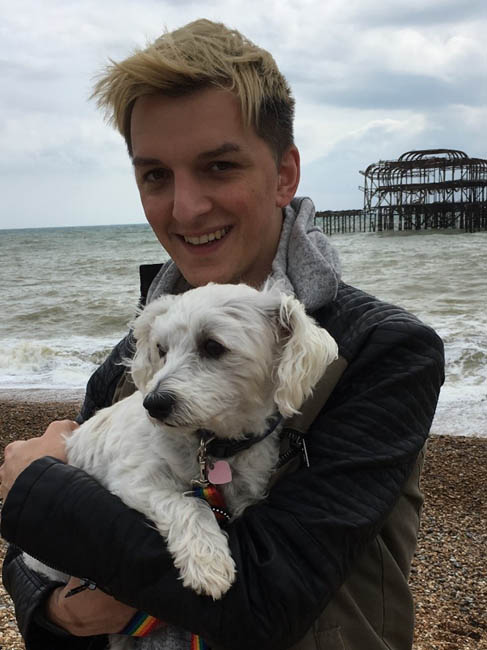 The date of the op, 24th November, arrived all too soon. Edward was so calm and brave whereas I felt physically sick. Would I ever have my son back? Edward’s father and I whiled away the hours while he had the procedure, an awake craniotomy. He was conscious for part of the operation so the surgeon could determine how Edward’s cognition and motor skills were affected as they cut away tissue. Apparently, Edward had the theatre staff in hysterics, typical! We were so relieved to be told the operation had been a success.

Back home with me in Bedfordshire, he recovered well but it was an awful blow to find out that the tumour was in fact high-grade and the prognosis was as little as three to five years. Worse was to come; two weeks after the operation Edward was violently sick because of an infection. He was back in surgery, this time to have a section of bone removed and his brain washed out with peroxide. The procedure left him with a large crater in his head and permanent hair loss.

After that, he was a pitiful sight and I felt as if they were destroying my beautiful, handsome boy. Somehow he retained his sense of humour and finally, just before Christmas, we were allowed to bring him home again.

Edward never complained as he endured weeks of radiotherapy. Next came the chemotherapy but, despite his strength of character, that was just too much. Having been told the drugs would extend his life by 10% if he was lucky, Edward decided to stop the treatment on the basis that an additional 10% to his bleak prognosis was not much and he would rather live his life and take his chances, making the most of the valuable time he has left.

Edward has told me he isn’t afraid of dying but I am terrified to think about life without him. It seems so unfair that brain tumours kill more people under 40 than any other cancer. How can it be that there are so few treatments? They cut them out with surgery, burn them with radiation and then poison them with chemotherapy. Underneath all of this there is a human being like my son. The treatment is barbaric and brutal and that is so, so unfair. 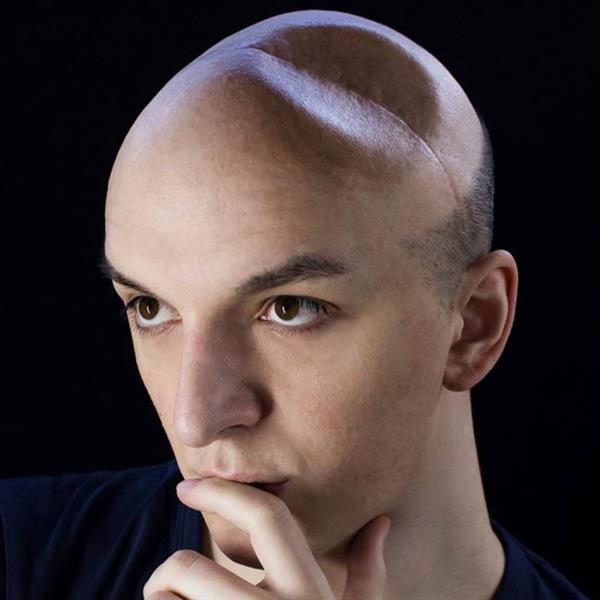