In May 2014, Dave Bolton, from the Wirral, Merseyside, suffered a nocturnal seizure, which led to the dad-of-two being diagnosed with a tennis ball-sized tumour in the frontal lobe of his brain. He underwent a life-saving craniotomy and the histology report showed it was a grade 2 astrocytoma, carrying with it a life expectancy of just five years. The Royal Air Force veteran, who was a serving police officer at the time of his diagnosis, was deemed unfit to resume full duties and was forced to take medical retirement. Dave went on to qualify as a strength and conditioning coach, specialising in rugby and combat sports and he set up a website to publicly document his treatment and diet regime, in order to support fellow patients. Seven years post-diagnosis, Dave’s scan results remain stable and he continues to offer advice and encouragement to others on similar journeys.

I was 18 when I joined the Royal Air Force (RAF) in 1999. I am proud of all I achieved during my three years as a military police officer. At the end of basic training, I was named as the recruit who’d demonstrated the ‘greatest effort, dedication and determination’ and I was also awarded for my overall performance in physical fitness and education.

After my passing out, I successfully completed a four-month tour of The Gulf as part of Air Operations Iraq. I was based at Ali Al Salem Air Base, where I was attached to the US Marines and security forces. Upon my return from the Middle East, I was awarded the General Service Medal (GSM) II medal with clasp. When I left the military in 2001, aged 21, I re-trained and joined Merseyside Police as a police constable. My career was going from strength to strength when, in 2004, I was involved in a near-fatal motorbike accident while off-duty in Wales. During the accident, I was crushed by an articulated heavy goods vehicle (HGV). I was in a coma for eight days and underwent a 12-hour life-saving operation. Three months of intensive physiotherapy followed.

“I was advised by specialists that I would never be able to walk without an aid or assistance again. My left leg had originally been scheduled for amputation.”

After more gruelling rehabilitation, I managed to return to full frontline policing duties within 18 months of the accident. Defying all the odds, not only did I manage to resume my high-pressured and physically-demanding profession, I also went back to participating in sport, ultimately representing the force at rugby union. In 2009 I achieved the unimaginable, by becoming lightweight kickboxing world champion, whilst representing Great Britain at the World Championships in Pisa, Italy. All of which helped to secure my reputation with colleagues and peers as being hardworking, determined and dedicated. Sadly, however, my health problems were far from over.

“In May 2014, I suffered a 15-minute nocturnal seizure at home, during which I stopped breathing, dislocated my right shoulder and bit through my tongue.”

It later transpired that the seizure had been caused by a tennis ball-sized tumour in the frontal lobe of my brain. I jokingly named the tumour ‘Terry’ and I underwent nine-hour life-saving debulking surgery at The Walton Centre for Neurology and Neurosurgery in Liverpool. Afterwards, the biopsy results showed that the tumour was a grade 2 astrocytoma, carrying with it a prognosis of just five years. I was deemed unfit to resume full duties within the police and forced to take early retirement, on medical grounds. Not one to stay still for long, however, I embarked on a strength and conditioning course at Leeds Beckett University, specialising in rugby and combat sports. At the same time, I decided to set up a website, where I blogged about my treatment, diet and fitness regime, in order to support fellow patients.

I continued being scanned regularly, to monitor the status of my tumour and in July 2015, I was given the news that the latest routine scan results revealed a regrowth of the tumour. It was now the size of a walnut and located in the central hemisphere of my brain. I had another nine-hour operation to remove the growth and spent 14 days in hospital recovering. Unfortunately, the histology report showed that it was a grade 4 glioblastoma multiforme (GBM) – a highly aggressive tumour, for which the average survival time is devastatingly short – just 12-18 months.

“I was told my prognosis could be as stark as just three months without further treatment and six to eight months with treatment. There was no getting away from it; I was terminally ill.”

As my world came crashing down around me, I had no choice but to embark on six weeks of concurrent radiotherapy and chemotherapy at The Clatterbridge Cancer Centre in Birkenhead. During the last week, I suffered a full psychotic breakdown and was admitted to hospital. Not long afterwards, I started six cycles of double-strength chemotherapy, over six months.

Just a month before my treatment finished, in March 2016, I suffered five nocturnal seizures in my hotel room near Twickenham, having been to watch England versus Wales in the Six Nations Championship earlier that day. This resulted in me biting clean through my tongue and dislocating both my shoulders.

In spite of this set-back, I managed to complete my final round of chemotherapy the following month and at my first post-treatment consultation, I was told the results from the MRI scan showed only a few cancerous cells were left. That came as good news but didn’t take away from the fact that I’d had a really tough year. During my 12-month-long treatment, I sadly lost both my nans and my wife Samantha lost a pregnancy. We were then dealt another cruel blow when my mother, Marie, was diagnosed with stage 4 ovarian cancer. She tragically lost her battle to the disease on 28 August 2018, at the age of 59.

“Since my GBM diagnosis, fitness and nutrition have become an even bigger part of my life than they were before.”

Alongside my conventional NHS treatment, I decided to cut out carbohydrates, sugar and most fruit and vegetables from my diet, opting instead to follow a ketogenic plan, eating more meat, dairy and fats. It is known that brain tumour cells need high glucose levels to survive. The diet decreases the availability of glucose for the cells and therefore potentially decreases their energy levels which may result in diminished growth. I don't believe there is one cure for cancer but a multitude of approaches are needed to defeat it.

I had another health hurdle to get over in January 2018, when I was diagnosed with skin cancer and had to have a small tumour removed from my chest. Thankfully, it was later classified as ‘benign’ and no further treatment was required.

In May that year, I started filming for the ground-breaking Sky One series The Heist, which aired in November 2018.

“In 2020 former Liverpool and Leeds footballer Dominic Matteo and I founded Ahead of the Game Foundation.”

Dominic and I forged a friendship through our shared experience of being diagnosed with a brain tumour. Following our cancer diagnoses, the two of us both found we had a renewed passion and thirst for life. What we also had in common was wanting to use our respective platforms to help others and make a real difference. The Foundation was created with the objective to make a positive impact on people’s lives when it is most needed, by giving back to those who are less fortunate and struggling in deprived areas.

I’m now involved in motivational speaking and my aim is to help people, charities and businesses by delivering my inspirational story through keynote speeches. My talks incorporate topics such as mental resilience, overcoming adversity, team work and cohesion, mental and physical health, adapting to change and maintaining a positive mindset.

I’m delighted to be attending the next All Party Parliamentary Group on Brain Tumours (APPGBT) meeting, for which Brain Tumour Research provides the secretariat. As well as being an opportunity for the charity to update MPs on the APPGBT inquiry, ‘Pathway to a cure – breaking down the barriers’, the online meeting will be addressed by my friend, the popstar and fellow GBM patient, Tom Parker. I’ve been in regular contact with Tom since his diagnosis and feel privileged to have been able to share my own experiences with him. It was also my pleasure to attend Tom’s band The Wanted’s unforgettable concert at the Royal Albert Hall in London in October and to feature in the coinciding Channel 4 documentary, ‘ Tom Parker: Inside My Head’. 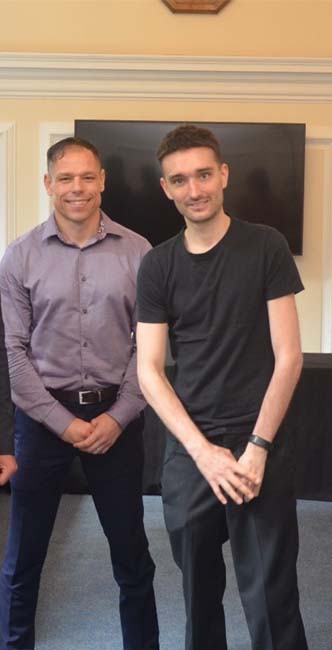 “I can offer Tom encouragement and hope because I’m what they call a long-term survivor of GBM and to this day, I continue to receive clear MRI scans." 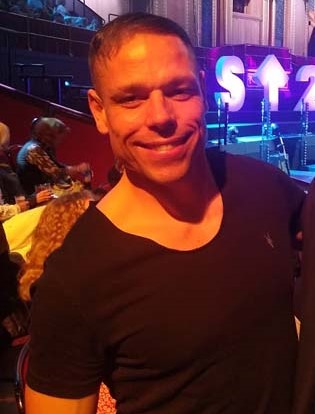 People always ask me how I stay so positive but for me it's the only way to live. Although it may shock some people, in a way I am thankful for this tumour as it has given me a better outlook on life. I have more time with my family – before I thought I needed to make money so my kids could have whatever they wanted, but really, they just wanted me at home. It has taught me not to take life for granted as it can all be taken away from you in the blink of an eye. All I want to do now is use my horrific situation to help others and give them hope that you can beat a terminal diagnosis. 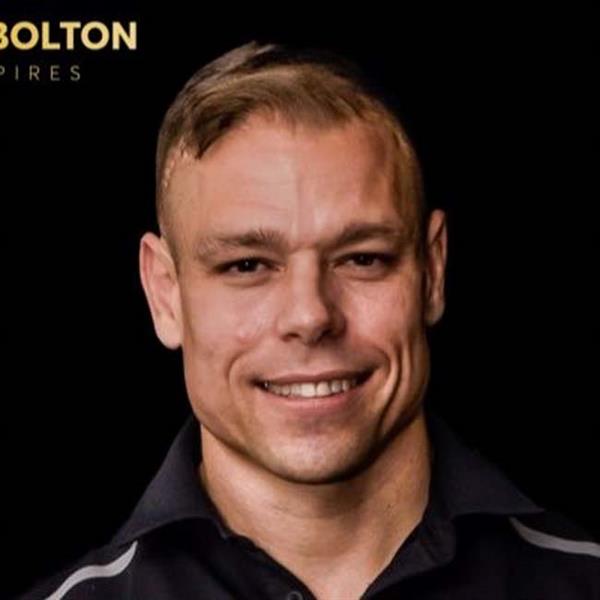