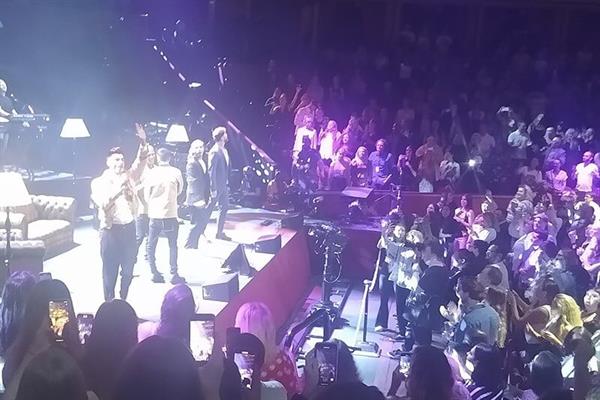 Tom Parker joined his former bandmates from The Wanted at a highly charged concert last night.

London’s Royal Albert Hall was packed to the rafters with loyal and passionate fans of the band as Tom returned to the stage a year after his brain tumour diagnosis.

Brain Tumour Research was proud to be there, joined by our campaigners, Amani Liaquat, who, alongside her family, has done so much to raise awareness following her glioblastoma multiforme (GBM) diagnosis, and Maria Realf, whose petition in memory of her brother Stephen changed the course of brain tumour research campaigning at Westminster.

Also attending was Dave Bolton, a long time GBM survivor who has been working with Tom for months. Alongside fellow brain tumour patient and former professional footballer Dominic Matteo, Dave has just launched his own charity Ahead of the Game which will be working closely with Brain Tumour Research.

Dave said: “This has been such an emotional evening. I have been working so closely with Tom as he comes to terms with some of the changes he has to adapt to post-diagnosis and treatment. I have to admit I was a little nervous for him tonight, but he did magnificently.”

Tom clearly became a little overwhelmed with the magnitude of the occasion toward the end of the band’s second song. When bandmates Max, Siva, Jay and Nathan stood with Tom in a big, all as one, embrace at the end of the song, it was truly moving.

The evening had support from McFly, Liam Payne, and a virtual performance from Ed Sheeran that had the crowd singing along, but it was The Wanted that everyone had come to see and they didn’t disappoint.

Hugh Adams, our Head of Stakeholder Relations, said: “It was a huge privilege to be invited to attend this event and we wish everyone connected with the band good luck with their forthcoming tour dates.

“Well done Tom. As you said: ‘it has been a tough year’, but the tributes paid last night will be ringing in your ears this morning and for many present at the Royal Albert Hall, your courage in the face of adversity is truly inspirational.” 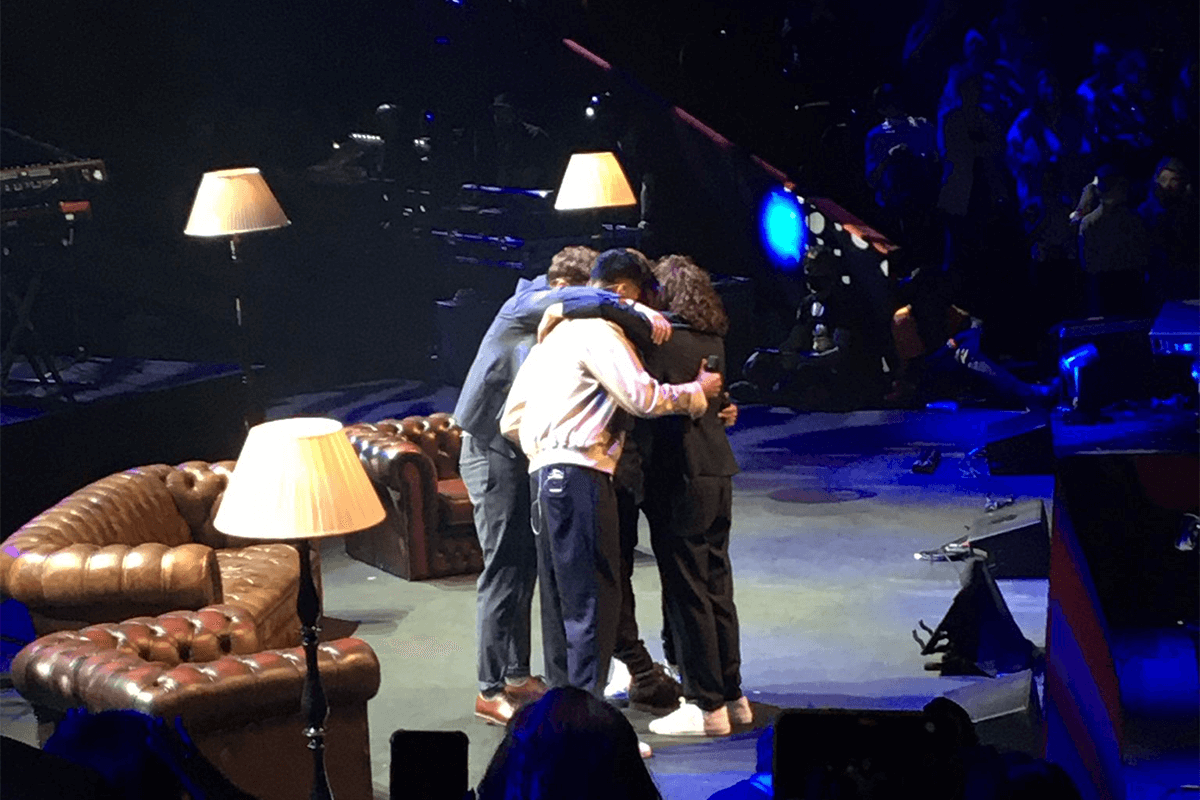