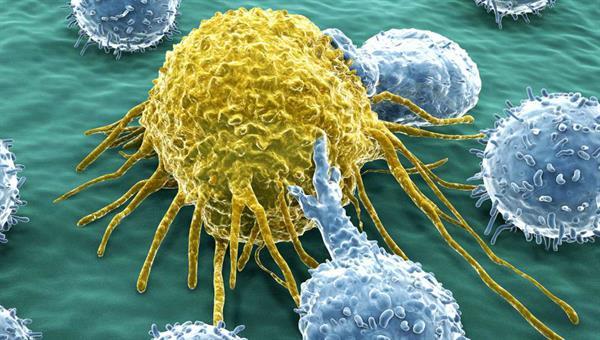 A common cold virus engineered to attack the most common and deadly of brain tumours allowed 20% of patients with recurrent glioblastoma to live for three years or longer, according to researchers from The University of Texas MD Anderson Cancer Center who recently published a report on a phase I clinical trial in the Journal of Clinical Oncology.

The altered adenovirus, called Delta-24-RGD or DNX-2401, was injected directly into the tumours of 25 patients with recurrent glioblastoma, a patient group that typically has a median survival of six months.

The trial involved treatment with increasing doses of the virus until the researchers identified a concentration of the virus that had a therapeutic effect with minimal side-effects. This is referred to as a phase I clinical study. Eighteen of the patients (72%) had some tumour reduction and the average overall survival rate was 9.5 months.

Imaging of the treated patients and the subsequent analysis of surgically removed tumours from 12 other patients treated with the targeted virus confirmed both the ability of the virus to kill tumour cells as well as the development of an immune reaction. The researchers think this is the mechanism by which the virus is having its effects.

"We designed DNX-2401 to specifically infect cancer cells, replicate inside those cells to kill them, and spread from cell to cell in a destructive wave throughout the tumour," said senior author and drug co-inventor Juan Fueyo, M.D., Professor of Neuro-Oncology. "The clinical trial confirms this, and it also shows that in some patients, the viral infection was followed by an immune reaction to the glioblastoma that led to the strong responses."

We have previously written about DNX-2401 as one of a number of promising gene therapy products so it is very exciting to see a progress being made.