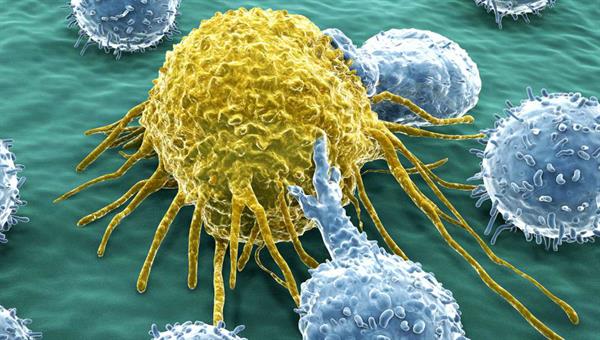 Although brain tumours are different to other cell types within the brain, they trick the immune system into recognising them as normal. One potential approach for the development of new therapies is to reawaken the body’s immune system to identify the tumours as being foreign in order to try to destroy them. This is referred to as immunotherapy, and it has been used successfully to treat some other tumour types.

The results of a clinical trial for one immunotherapy-based drug, nivolumab, for the treatment of recurrent glioblastoma (GBM) were published earlier this year and were disappointing as they didn’t demonstrate any benefit when compared with existing drug therapy. It was suggested that the immune response within the brain may not be strong enough to attack and kill the tumour cells. It was then proposed to combine this drug with another, ipilimumab, which also stimulates the immune system but through a different mechanism. Perhaps, when administered together, the two could have a stronger combined effect – a potential “double whammy”. But, there could be problems when administering drugs in combination, as they may interact to give rise to serious side effects. So, the first stage is to assess the safety of the drug combination.

Early results from the combined drug study have been published in the research journal Neuro-Oncology from a trial of 40 patients with GBM. These suggest that the combination of nivolumab and ipilimumab is safe for patients and there are relatively few side effects. This early stage phase I clinical trial has identified a dose of the drugs which would be safe for administration to the patients. This information can be used to design future trials which will assess the efficacy of the drugs.

Our Director of Research Dr. Kieran Breen says: “It is too early to say whether this combined immunotherapy will be effective in the treatment of brain tumours and further trials involving a larger number of patients will be required before we can obtain this information”.