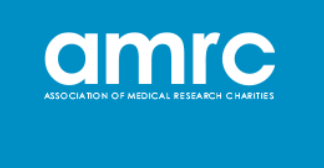 A new report on repurposed medicines has been published and sent to the Health Minister, Lord O’Shaughnessy. Brain Tumour Research was one of the key stakeholders who helped to put together this report, along with the National Institute for Health and Care Excellence (NICE), the Medicines and Healthcare products Regulatory Agency (MHRA), Royal Colleges and other research charities. The report was compiled by the Association of Medical Research Charities following an extensive series of collaborative meetings which were initiated by the Government in 2015.

Our Director of Research, Dr Kieran Breen, highlighted in a recent review in Oncology News that drug repurposing is an area of real promise for the development of new therapies for the treatment of brain tumours and that this should be seen as a key research priority. Research at a number of our Centres of Excellence has highlighted some candidate drugs which are being assessed in detail to identify those which may be effective in the clinic.

Brain Tumour Research has always been supportive of attempts to boost drug repurposing and hope that this report is another step towards a system that boosts innovation to identify new and novel treatments.

Read the full story on our blog.