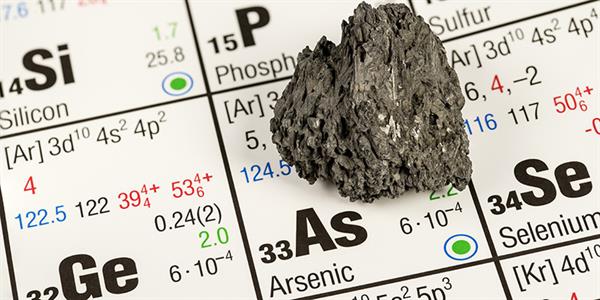 Arsenic trioxide for years has been used to fend off a rare subtype of blood cancer known as acute promyelocytic leukaemia (APL). Now, in a study led by Northwestern University Feinberg School of Medicine and the Translational Genomics Research Institute (TGen), this anti-cancer agent is being considered for use against glioblastoma multiforme (GBM), the most common and aggressive type of brain tumours. The study was published in Molecular Cancer Research, a journal of the American Association for Cancer Research (AACR).

The mean survival time for patients with GBM is only 15 months, and survival statistics have improved only minimally over the past three decades. It is vital that we identify new and more effective treatments for people with this devastating disease.

TGen identified arsenic trioxide as a potential therapy having screened a library of 650 compounds. They found that it was effective in some subtypes of GBM, but this depended on their genetic make-up. The studies were initially carried out in the lab, but a small initial clinical trial suggests that the drug may also be effective in some patients with GBMs, although further clinical trials will be required before we can really understand how useful the drug will be to treat the tumour.

Our Director of Research, Dr Kieran Breen, commented: “This research underlines our view that it may be possible to use drugs, which are already in use in the clinic for other conditions, to treat brain tumours – a process called drug repurposing. Our Centre at the University of Portsmouth is a leader in this field and is screening a wide variety of existing drugs to see whether they may have a clinical benefit.

“However, it also underlines how complex brain tumours can be, as only a subgroup of the GBM tumours assessed in the study responded to the drug. Many researchers, including our Centre at Queen Mary University of London, are working to dissect out the subtypes of tumours according to their genetic make-up so that we can better predict which drugs are more likely to be effective for particular people with a specific type of tumour.”