We are grateful to Richard who worked with us in January 2020 to share his story here. Sadly, he passed away in June 2020. We remember Richard as we continue our work to raise awareness of this devastating disease and to fund research to help find a cure. He will be forever in our hearts.

When active father and grandfather Richard Worley, 57, began experiencing headaches and minor balance problems in the summer of 2018, he initially put it down to tiredness and dehydration, after daily visits to hospital to see his elderly mother in the final weeks of her life. A few months later a trip to A&E resulted in a scan and he was diagnosed with a brain tumour.  Richard, working at the time for a commodities trading company in south London, has since undergone a brain resection to remove as much of the tumour as possible, as well as receiving radiotherapy and chemotherapy. The biopsy from the resection revealed the tumour to be an aggressive Grade 4 Glioblastoma.  In spite of the huge blow, he remains positive and draws strength and comfort from his family, friends and his Christian faith.

We are a really close-knit family. I have been married to Sally for 33 years and together we have three sons aged 28, 32 and 37 along with four wonderful grandchildren aged two, four, five and nearly eight. We see as much of them all as we can. My family has been a great support to me since I received my diagnosis in October 2018. 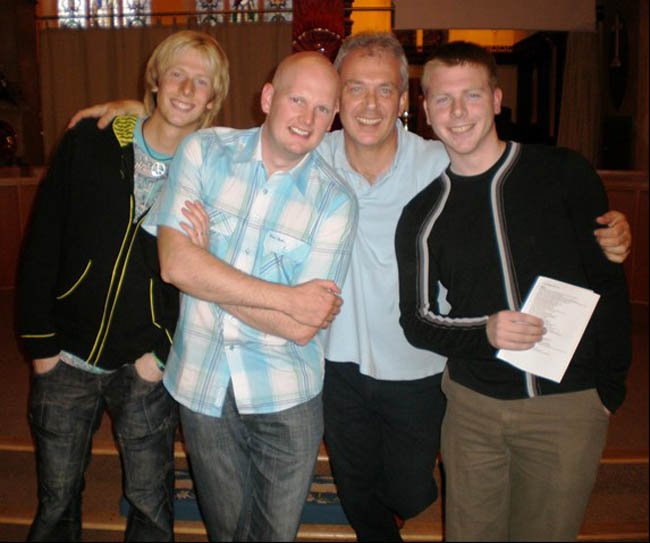 It started half way through 2018. My mother, who was in her late eighties, was taken ill and spent three weeks in hospital, before she sadly passed away. She had been relatively fit and well up until that point. When she was hospitalised, I would visit her every evening after work and sit talking to her. At around the same time I began suffering from headaches and fatigue. I put it down to a lack of sleep and the increase in stress levels, as I knew my mum was nearing the end of her life.

On the day of her funeral, I had the worst headache imaginable. I went to bed early that evening and the next day saw my GP, who prescribed me with anti-migraine medication. I had also been suffering from tinnitus for 15 years or so, which was probably caused by going to many noisy gigs over the years. I used to be in a group myself and I have always loved live music. I was born in the early sixties and my favourite bands include Genesis, Pink Floyd, Yes, Led Zeppelin, Deep Purple, Thin Lizzy and Rush. Music is still one of my main passions in life.

Aside from the headaches and tinnitus, my balance was also beginning to suffer. On a couple of occasions my legs gave way on me from the knees down after feeling a throbbing sensation in the back of my head.  On 29 September 2018, I ended up going to A&E.

“They gave me a CT scan, which revealed a brain tumour the size of a golf ball. ‘That’s fine’, I thought, ‘they’ve caught it early and they can remove it’. I was then sent for an MRI.”

After the MRI it was decided I would need brain surgery as soon as possible. It all happened really quickly. On Friday 19 October I was told they would be performing neurosurgery at Kings College Hospital in Denmark Hill the following Monday 22. The surgery was a ‘resection’, meaning that as much as possible of the tumour was taken out while being sensitive to all the good cells in its location. The operation went well and I was left with an impressive scar, which needed 26 stiches. A week later, on 29 October, I was called back in to Kings to discuss the results of the craniotomy. We were given the devastating news that my tumour was a grade 4 glioblastoma multiforme (GBM).

“I soon realised that it was an aggressive and incurable type of brain cancer, with a very poor prognosis, but right from the beginning I was determined to stay positive.”

I was blessed in that the surgery hadn’t affected my speech, sight or motion, which I know isn’t always the case for other brain tumour patients. Before my diagnosis and for as long as I can remember I have been fit and healthy and a keen sportsman. I played lots of squash, football and tennis, ran and did circuits at the gym, along with the odd game of golf! I believe that this good level of fitness has put me in the best possible shape, in order to fight the disease.

The next stage of my treatment was a six-week course of daily radiotherapy and chemotherapy, which started on 21 November. I experienced a bit of nausea and tiredness but otherwise no significant side effects. I finished the radiotherapy on 3 January 2019, had a one-month break and then started a six-month course of chemotherapy. That regime finished in June and I now have to be scanned every three months, to check whether there has been any growth.

“I had a stable scan in September but, unfortunately, the most recent one in December wasn’t so good. It revealed four new growths.”

I am back on a new course of chemotherapy with one big dose every 6 weeks, which I take in tablet form alongside 4 days of anti-sickness medication and steroids. Thankfully, I am coping well with the treatment again.

In many ways, it is harder for my wife to adjust to my illness than it is for me.  I am fully aware that she is on a different emotional journey to me and at times it’s tough for me to see this.  We are so close though, that we talk openly and get through it together.  Sally took redundancy from her job with NHS Bromley Healthcare in 2018, before my diagnosis. She now temps part-time, working for new home building developers, where she shows prospective buyers around show homes. It’s a job she really enjoys and it means that we are able to spend more time together than we would have if she was still working full time.

“I haven’t worked since my diagnosis but I fill my time with reading, listening to and playing music along with the occasional game of golf.”

In some respects, I’ve had a great year! I’ve spent lots of time with my friends and family, been to many gigs and caught up with people I haven’t seen for a long time. My Christian faith is also helping me to get through this difficult period. I am a member of Hope Church in Bromley. Some members of the congregation suggested I set up a WhatsApp group so I can share my up to date news with them and to allow them to pray specifically. The group is a source of great comfort and support to me.  God Is Good! 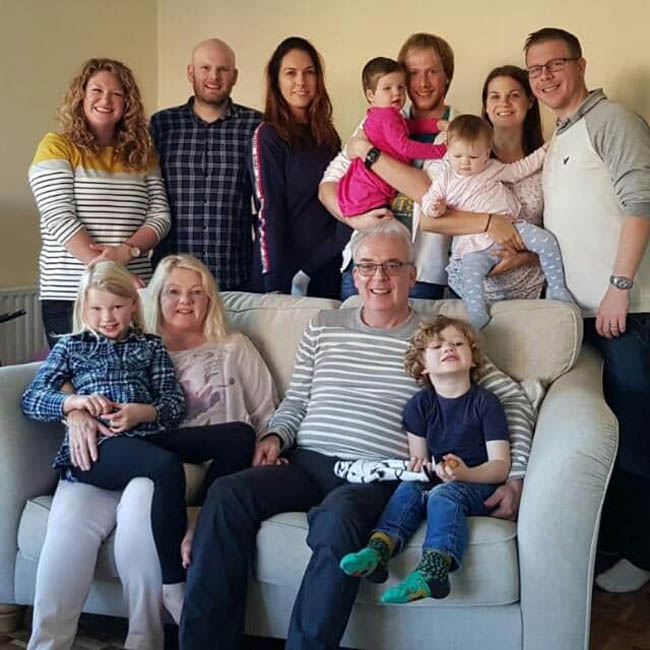 I met a remarkable lady called Wendy McMahon through Hope Church. Wendy’s husband, Glenn McMahon, died from an aggressive GBM brain tumour in June 2015. When I met Wendy, I was struck by the resilience she has demonstrated since experiencing such a devastating loss. In Glenn’s memory, Wendy has gone on to raise more than £60,000 for Brain Tumour Research through the Glenn McMahon Foundation. Her devotion to campaigning and fundraising is truly inspiring and has motivated me to connect with the charity. I proudly sport my Brain Tumour Research Wear a Hat Day wristband and I am offering my support to Wendy and her friend Karen McNamara, as they have embarked on a whole year of raising awareness and fundraising through their 20 for 2020 challenge.

“Through my diagnosis I discovered the stark fact that brain tumours kill more children and adults under the age of 40 than any other cancer... yet just 1% of the national spend on cancer research has been allocated to this devastating disease.”

This motivated me further to get involved in the campaigning side of Brain Tumour Research’s work. I would also like to work alongside the charity as soon as I am able and feel that I can put my abilities and experience to good use and potentially help other families in the future, who may be hit by this devastating disease.

If you have been inspired by Richard's story and would like to know more about our lobbying, research updates and fundraising opportunities, please sign up to our weekly e-news. 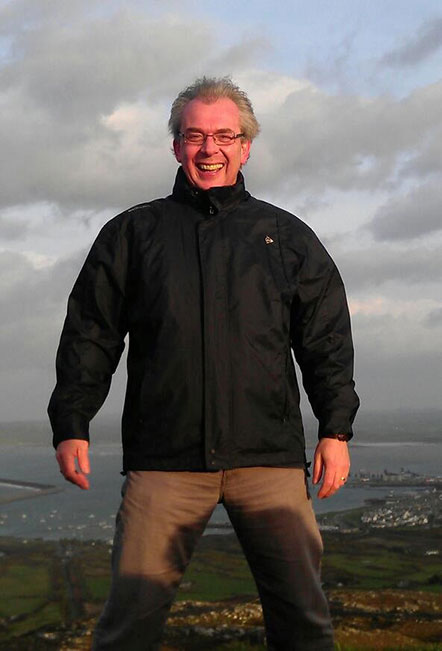