Keith from Milnrow in Rochdale died just three months after he was diagnosed with a glioblastoma (GBM). His shock diagnosis came after an episode of ‘talking nonsense’ whilst in Portugal where doctors recommended he fly back to the UK to get checked out. A scan revealed a lesion on Keith’s brain and he had an operation to remove the tumour. Radiotherapy proved too gruelling for him and after a few sessions he became too poorly to continue and was placed on palliative care. Keith died at home with his family on 16 February 2020.

Here is Keith’s story, as told by his daughter, Lianne…

My dad was a huge driving force in allowing me and my brother, Luke, to pursue our chosen careers, always pushing us to do what we wanted to do and never settling for anything less. He introduced me to scuba diving at the age of 16 and is the reason I studied marine biology at the University of Plymouth.

Growing up, dad had to graft to get to where he was later in life and he wanted me and Luke to work in jobs we loved and have time for travel – a huge hobby for Dad, which led him to Portugal where he was building a house when his symptoms first started. 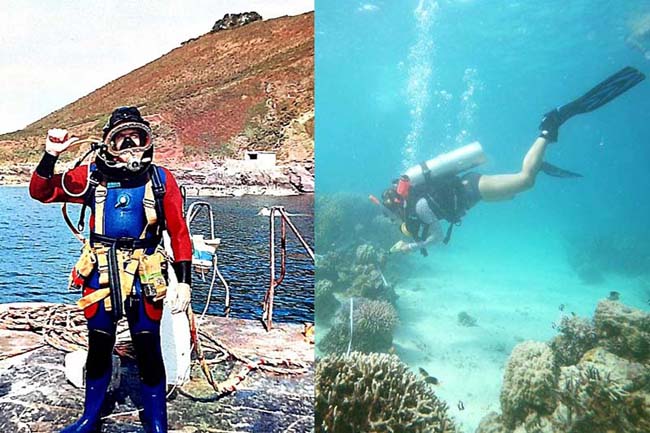 He was living in Milnrow, Rochdale, and was laying the foundations for his retirement which included developing a home in Portugal. He’d already built an extension on his UK home which doubled the size of the house. He was a hard worker who when he set his mind on a task, did it with his whole heart.

With the encouragement from our Dad to live our lives to the fullest, Luke lives in Storrington in West Sussex and I stayed in Plymouth. Our whole family are spread out with my aunt and uncle in Newcastle, grandparents in Tenerife and my dad who was between Milnrow and Portugal.Living so far away from each other, we spoke a lot on the phone and one time Dad seemed frantic on the call and wasn’t making much sense. 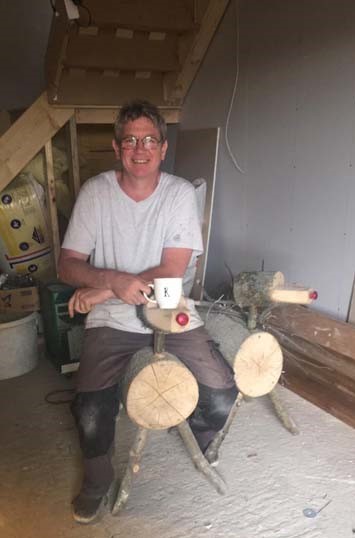 During this episode it appeared as if he was drunk. He would talk nonsense and start speaking about one thing, then move on to something completely different or he would say something that we knew didn’t happen – it was as if he was overexcited. 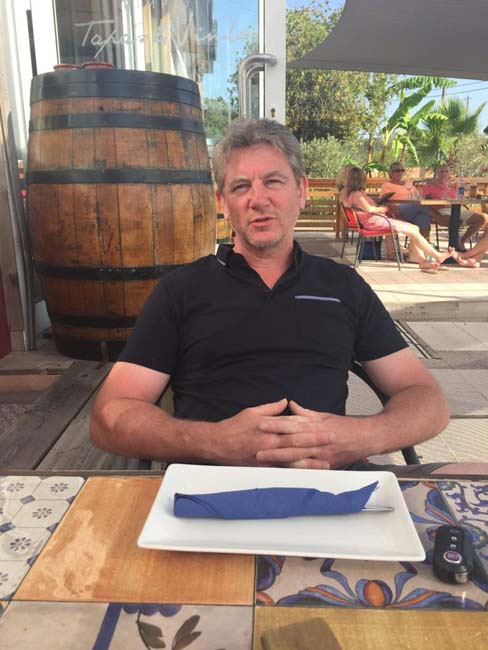 Dad went to the hospital in Portugal and was recommended to fly home to the UK to get checked out. He came back almost straight away and when he arrived at his house he didn’t recognise where he was and questioned why he was there, this really scared his partner who took him straight to A&E at Salford Royal Hospital in Greater Manchester.

A scan showed a lesion on Dad’s brain.

At the time I was working on a project at university so turned my phone off during the day and when I turned it on in the evening I had a mountain of missed calls from Luke. When we finally spoke he said Dad had a brain tumour.

“This was the first I had heard of Dad going to hospital let alone having a tumour. I had so many questions I didn’t know what to do with myself.”

By mid-November Dad had an operation and despite being given details of the tumour type and prognosis he would just refer to it as brain cancer or brain tumour.

I never found out the full name of the tumour until I was going through paperwork after Dad passed away. We had no idea of the seriousness of his diagnosis.

We thought he would be out of hospital for Christmas but after the operation he contracted an infection which delayed his radiotherapy treatment until January. Dad had a mask made and after only a few sessions of treatment which made him sick, he decided to discontinue with no further treatment.

He hated Luke and I seeing him like this, he was always so strong and didn’t want us to see him ill. Although we wanted to see each other and be with him we respected his decision and limited the number of times we visited. 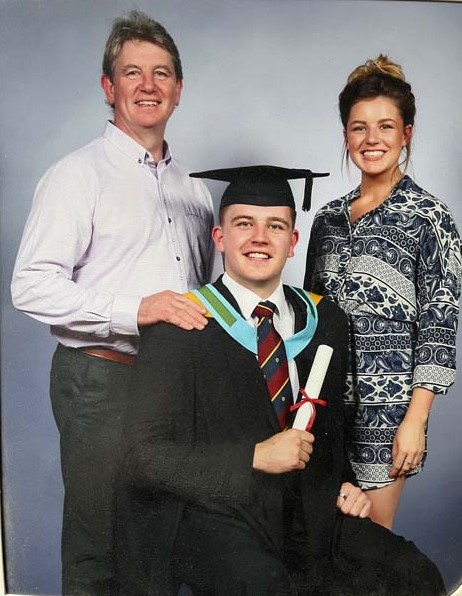 We spent Christmas Day visiting Dad in the hospital and by January Luke and I went back to our respective homes.

By late January, early February time, Dad was at home receiving palliative care. He needed a wheelchair to get around and spent a lot of time sleeping and had stopped eating. The last time I saw him in February I sat with him, talking to him and reading to him.

“As I got up to leave, I leant over to give him a kiss on the cheek and felt him grab my hand as he said ‘I love you’ and that was the last time I saw my dad.”

For me that was his way of saying goodbye. 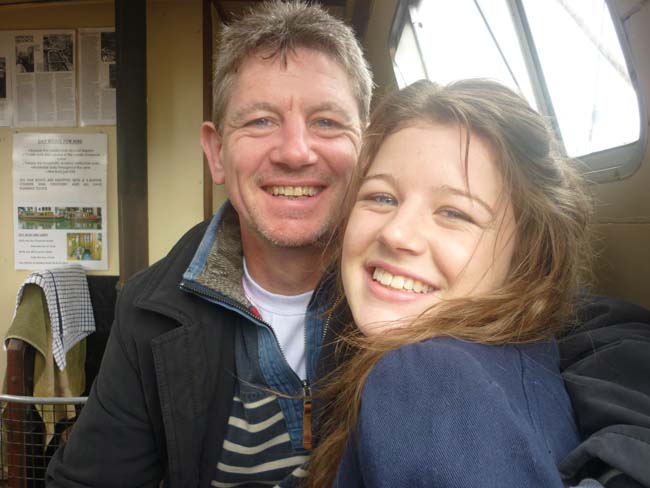 More than 200 people turned up to his funeral. Everyone in Milnrow knew him and he was the life and soul of any room he entered. That for me was a special moment to see how loved he was.

Dad had consented to donating his body to science before his death, however because of the condition of his body after his surgery and previous diagnosis with lymphoma, this wasn’t possible.

Three months isn’t a lot of time to say goodbye to someone, especially as there was so much travelling involved, it felt as if everything was happening so quickly that it was hard to process. After my dad’s death, I read a book called ‘Glioblastoma: A guide for patients and loved ones’ which helped me come to terms with what had happened and offered me a chance to reflect on the whirlwind of the last three months.

Inspired by my dad, I want to do what I can for scientific research in his honour. 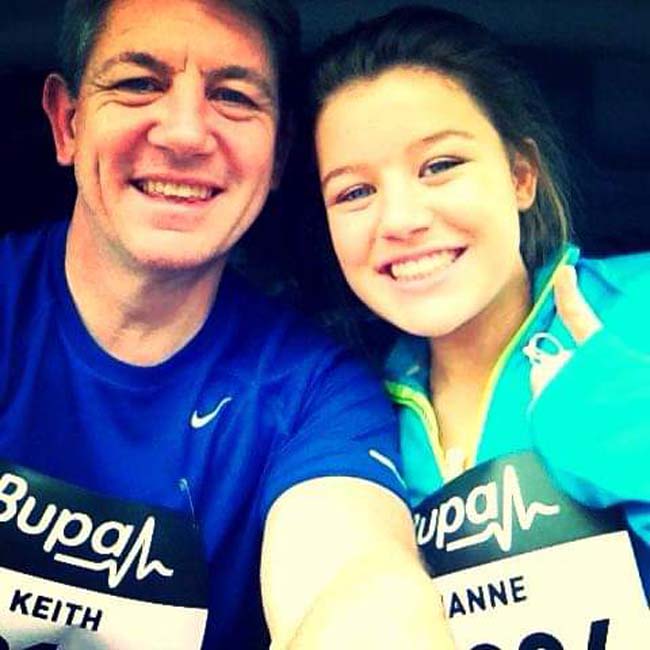 On 7 October I’ll be taking part in the Atlantic Coastal Challenge in his memory. My aim is to raise £2,740 which is the equivalent cost of a day of research at one of Brain Tumour Research’s Centre of Excellence. 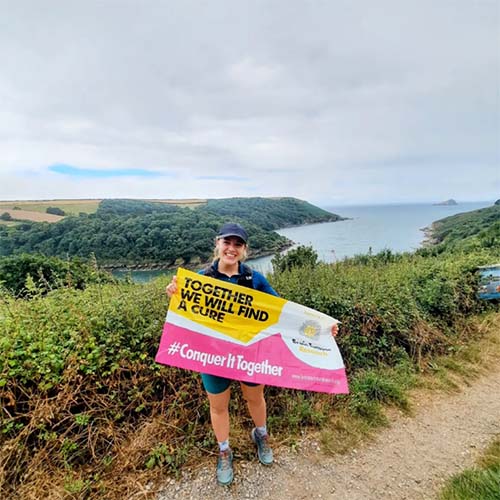 The challenge is to run three marathons over as many days and during the first two weeks of my training I had already run 80k. I’m not big in to running and last ran a 10k many years ago. Dad was always so encouraging and I know he would be proud of me for doing something to help others living with their own diagnosis. 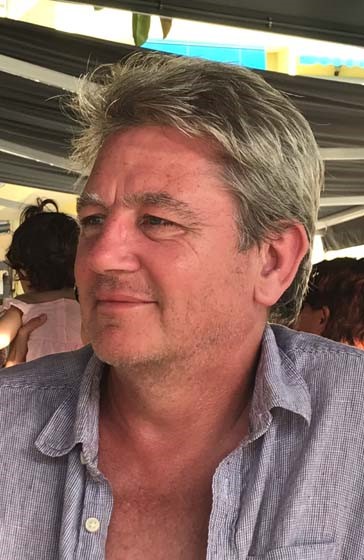