A proud grandfather-of-four, John Williams was the picture of health before he suddenly started experience difficulties with day-to-day activities in 2018. Concerned he was developing Alzheimer’s, he went to the doctor but was referred for an MRI scan which revealed it was brain cancer. He died less than a year later, in July 2019. Now his daughter Becky Davies is raising money and awareness for Brain Tumour Research. She is taking on the One Million Keepy Uppy Challenge with Ruthin U8s football team, where she is a coach.

Here is John’s story, as told by his daughter Becky…

My dad was so healthy, super-fit and just the nicest man. He adored his grandchildren. He was always out on bikes with them, doing crafts, all sorts. He loved everything about being a grandfather. I think because he had two girls, he always sneakily wanted a boy. I had three boys, Tom, Jamie and Harrison, and my sister Ruthanna also had a boy, Bowen, so he relished every minute of being around his grandsons. 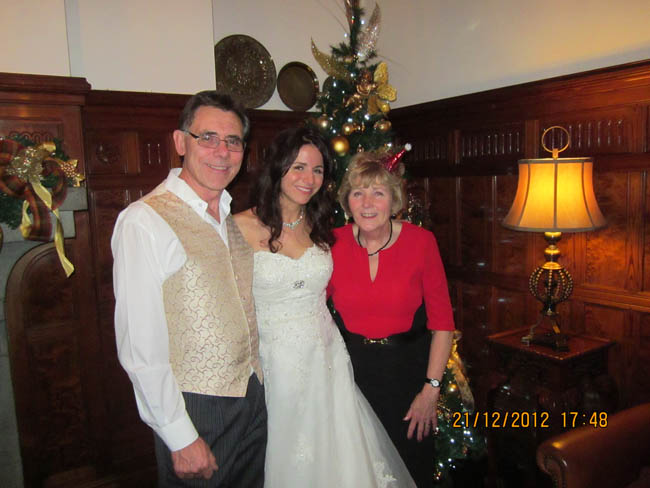 I don’t remember him ever getting cross with me in my whole life. He’d go out of his way to do anything for me and my sister and the kids, he was amazing. He was an Everton fan and part of the reason I went into the coaching was because dad would have been so supportive and proud.

“Suddenly in 2018 he started to get a bit slower and odd things became difficult for him, like tying knots or reverse parking.”

Then he developed a bit of a slur in his speech. He was worried, because his mum had suffered with Alzheimer’s, that he was developing that. The thought of that terrified him. He went for a few checks with the doctor but nothing concerning came back.

Then one morning in the September, Mum called me just as I’d taken my boys to school and said ‘something’s really not right with your dad today’. I went round and he was eating egg on toast, but so slowly. He was having issues with his knife and fork and couldn’t cut it up. 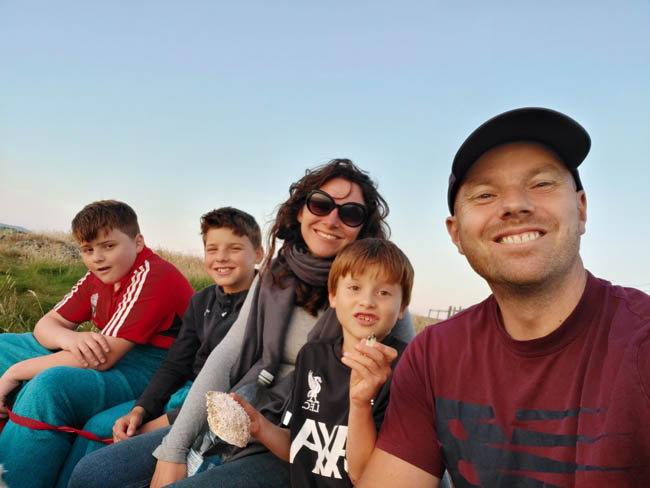 We went back to the doctor and he said it wasn’t Alzheimer’s because it was all happening too quickly so he sent us to Glan Clwyd Hospital. They ran some tests and took dad for a scan. Before he’d even got back from the MRI the doctor took me and Mum aside and said Dad had a brain tumour.

“It was a horrible 10 minutes; we knew but Dad hadn’t even got back to the ward yet.”

We went to see him as soon as we could and it was so strange knowing what was wrong with him, because he still looked like the healthiest man in the room. The doctor asked if we wanted to tell Dad, or wanted him to. But we couldn’t get the words out so the doctor had to. It all changed from there. 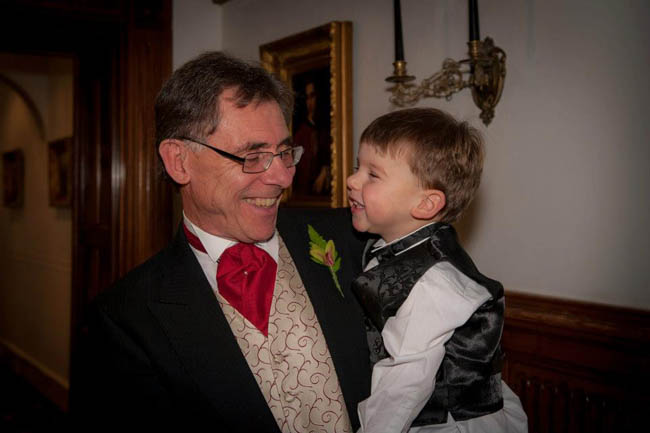 Dad had a biopsy at The Walton Centre, a neurology and neurosurgery centre within Aintree University Hospital, and was diagnosed with primary brain CNS lymphoma (PCNSL).

“There were no explanations; nothing he did caused or could have prevented the tumour. He was told it was ‘luck of the draw’.”

He went for MATRix Chemotherapy in Aintree Hospital, but it didn’t make a difference, he was one of the 20% that didn’t respond to the chemotherapy. Mum was amazing, she cared for him, and the community nurses were outstanding too. Dad wanted to enjoy his remaining time in his own home, looking out on the garden he loved. 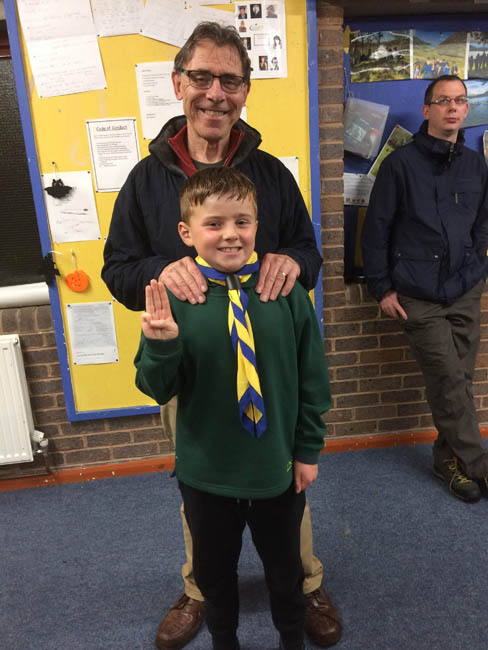 It was really tough but thank God it was before the COVID pandemic so we were able to spend lots of time with him. We bought a car with wheelchair access to get Dad out on a few family trips during his last few months and we had some really lovely times together.

Dad died on 2 July, 2019, the same day as my son Tom’s birthday. That was really weird and it added to my devastation, but actually now it feels like a blessing. I can’t be sad on that day; I need to shake it off and be happy for Tom. Now that day is spent remembering all the good things about dad and staying positive, rather than being the depressing day it would otherwise have been. 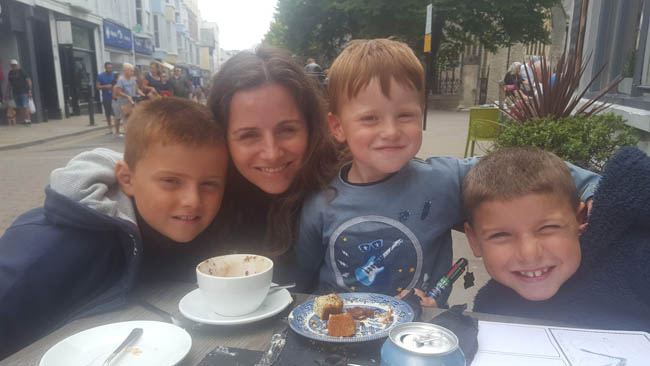 It’s hard knowing he’s missing out on seeing his grandsons grow up and improve their football skills. My middle son, Jamie, is doing really well with his football and managed to secure a place in the school’s county team with his club; Dad would have been so happy to have seen that. When Jamie was younger, Dad would take him to training on Tuesday nights while I was working. Whatever the weather he would be stood watching by the side of the pitch. I’d drive home past the pitches in the worst weather and all the parents were sheltering in their cars. But you’d always see one solitary figure, and it would always be my dad; watching and supporting Jamie. 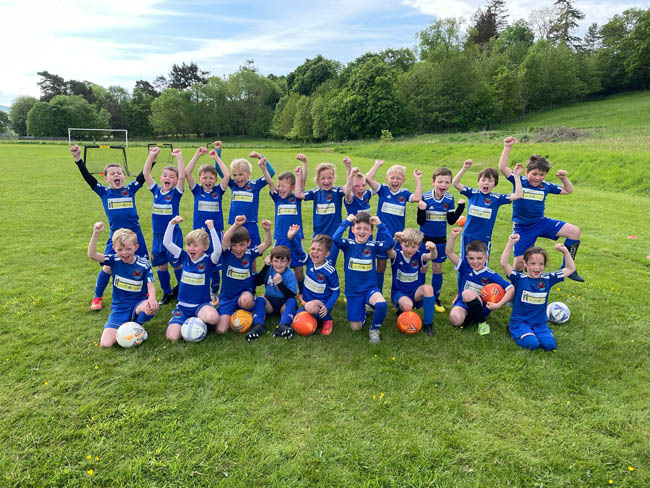 I’ve wanted to do something to raise awareness and money for Brain Tumour Research for a while now because more research is desperately needed. The One Million Keepy Uppy Challenge seemed like the perfect opportunity, and a great one to get Ruthin U8s involved in too. Dad would have been chuffed to see the kids doing this for such an important cause. Harrison is in the team, and they are all having so much fun. The skill level varies so it’s usually absolute chaos, with balls flying everywhere, but it’s brilliant. 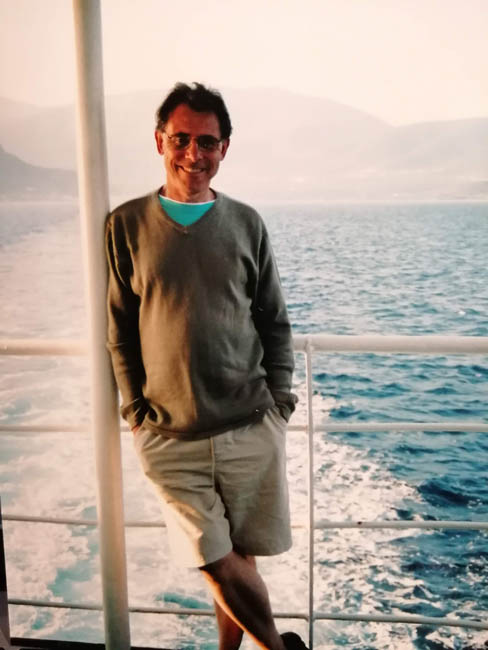