We are grateful to Jim and his wife Ally, who worked with us in January 2020 to share his story here. Sadly, Jim passed away on 26th December 2020. We remember Jim as we continue our work to raise awareness of this devastating disease and to fund research to help find a cure. He will be forever in our hearts

For retired police officer Jim Murray, 53, and his wife Ally, it was a devastating blow to learn his brain tumour had returned. His tumour, a glioblastoma multiforme (GBM), brings with it the dire prognosis of just 12 – 18 months. Now two years after his initial diagnosis, Jim and Ally are making the most of every day by travelling and spending time with their three sons Callum, Simon and Richard, and their grandchildren.

Here is Jim’s story, as told by his wife, Ally…

Two years after Jim’s diagnosis with a glioblastoma multiforme (GBM), we felt as if we were back to square one, when we learned his tumour had come back. His diagnosis brings with it the incredibly bleak prognosis of just 12 – 18 months and it seems so unfair that Jim, such a kind man who is always helping others, should be dealt such a cruel blow.

After a run of stable scans, we suspected something wasn’t quite right when Jim began suffering from light-headedness in October 2019. We asked to have his routine scan brought forward but before the appointment, Jim took a serious turn for the worse. He was vomiting frequently and suffering from blinding headaches.

An emergency CT scan at Taunton Hospital showed that Jim’s brain was swollen and a follow-up MRI at Musgrove Park Hospital in Taunton, confirmed our fears. Jim’s tumour had returned and he needed surgery and chemotherapy. In an instant, we were taken back to the day he was first diagnosed.

It was in December 2017, just a few days after Christmas, when the ordeal began. Jim had been experiencing vision problems for some time. Though it affected Jim terribly, a combination of surgery, chemotherapy and radiotherapy kept his tumour stable. But the worry of it returning was constantly on our minds.

Sadly, now that day has come, Jim has once again had to undergo a gruelling operation at Southmead Hospital. Fortunately, he recovered well from the procedure and has now started a course of chemotherapy. Sadly, he can’t have any more radiotherapy but we are hoping and praying that his next scan in three months’ time brings positive news. 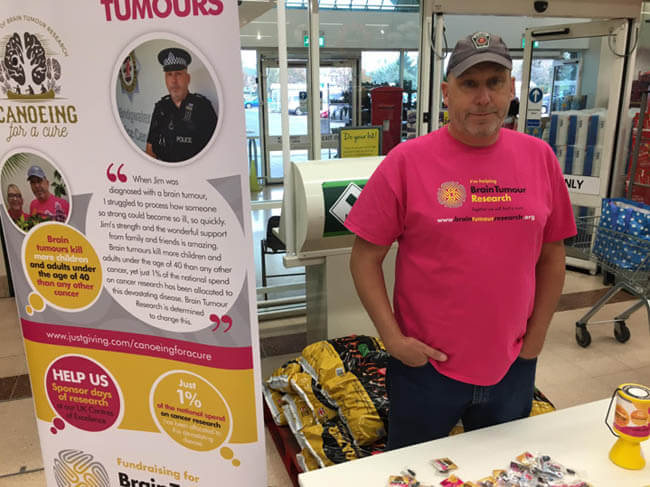 Having worked for the Avon and Somerset Police for 20 years, Jim was awarded a medal for long service and good conduct in November 2018. It was an incredibly moving moment to attend the awards ceremony with our family and we were all bursting with pride for all that Jim has achieved. He loved his job as a community beat manager. It kept him busy and he enjoyed helping others and being part a team of officers in a small region.

Sadly, because the tumour affected Jim’s peripheral vision, he struggles to read and consequently had to take an early retirement. I’ll never forget him saying: ‘If I can’t be fully involved and effective at work, I don’t feel like I should be there’. It’s a testament to his selflessness that he would give up a job he loved for these reasons. 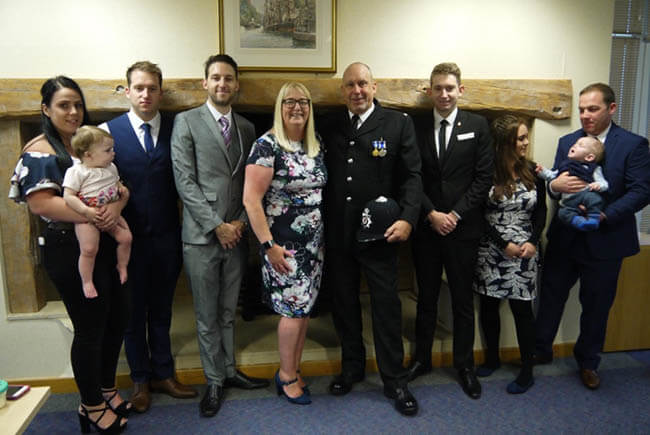 Now we have more time on our hands, Jim and I try to make the most of every day by travelling. We recently bought a campervan, which allows us to go on regular holidays around the UK. We try to book one at least once a month to stay positive and this gives us something to look forward to. Though we had to cancel our trips to Venice and Prague because of Jim’s treatment, we can’t wait to go to Tenerife in August. 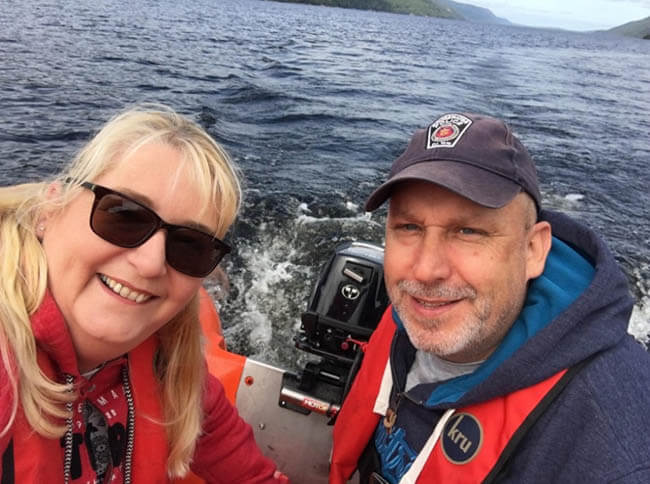 Jim and I try to stay positive and, alongside our holidays, fundraising for the Brain Tumour Research charity has given us focus. Shortly after Jim’s diagnosis, our very close family friend Wayne Byles, who is like a son to us, set up Canoeing for a Cure, a Fundraising Group under the umbrella of Brain Tumour Research.

“Wayne recently completed an astonishing 12 half marathons over 12 days, raising more than £3,700. We’re so grateful for all he has done in support of Jim and he’s been a huge help through a desperate time.”

I’m pleased that Jim is coping with his treatment but the thought of his next scan is often on my mind. I hope that by sharing his story, I raise awareness of this dreadful disease, so that others don’t have to face an awful prognosis like Jim’s. 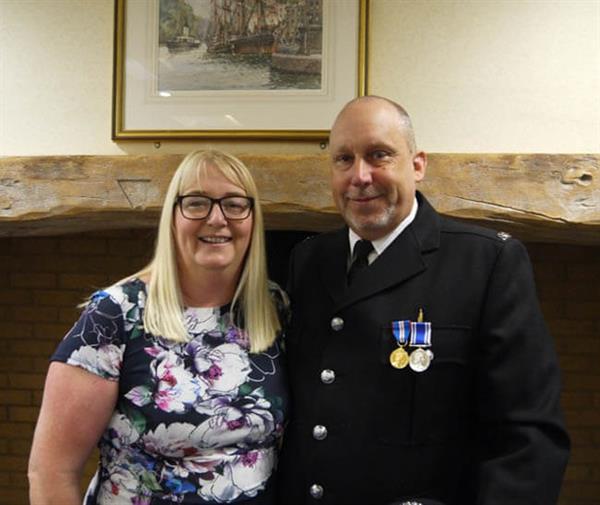