Sarah was diagnosed with an oligodendroglioma after a decade of strange ‘episodes’ which GPs and consultants put down to anxiety and panic attacks. At times she questioned whether she was going mad. Her neurologist confirmed that the tumour had been there for at least 10 years.

For ten years I suffered on and off with ‘episodes’ like the feeling I was about to faint, shaking a lot and smelling phantom odours like gas while being afraid that something was about to explode. I had blood tests which came back normal and my sugar levels were also fine. GPs and consultants alike diagnosed anxiety and panic attacks. I was even given medication for heart rhythm irregularities which I didn’t take. Every time I went to a hospital appointment, I came home feeling like I was going mad.

It was horrible that no one took me seriously and I became paranoid that something serious was wrong. While all this was happening, I was living in Australia, but eventually, I decided to come home to Ireland because I felt so ill.

In February 2017, when I was at the gym, I found myself losing my balance and shaking. I put it down to overworking and going to the gym late in the evening once my two young children were in bed. 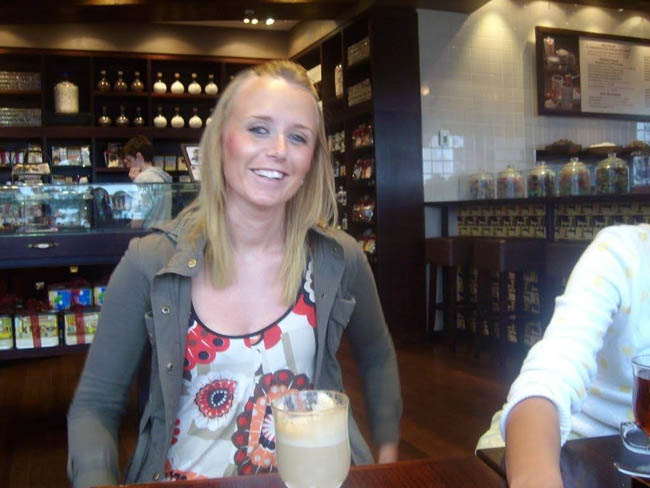 Then I started having, what turned out to be, tonic-clonic seizures and, in February 2018, I completely passed out at home and came round to find myself surrounded by paramedics. I was taken to hospital but wasn’t checked out properly, nor given an MRI scan and was sent home.

I continued to feel quite ill and had times when I was sure I was going to pass out. Again, I was taken to hospital a few times, but the explanation continued to be severe anxiety.

Then I had a seizure at home when I couldn’t walk or talk and my husband had to carry me. He called an ambulance and I was taken to Northwood Park Hospital. I was admitted to intensive care because the doctor thought I had suffered a stroke. She kept reassuring me that I had done the right thing coming to hospital. I had a CT scan which showed something needing investigation, which meant I had an MRI. The waiting was horrible.

“I was trying not to panic, imagining all kinds of diseases, including meningitis. I never thought there was something wrong in my brain.”

The next day, two doctors came to see me, so I knew it was something serious. And I could see it on their faces too. They told me there was a mass on my brain – they weren’t entirely sure, but they thought it was more than likely to be a brain tumour.

The whole world stopped at that very moment. I had two children: six-month-old Ayeesha and three-year-old Tanya. 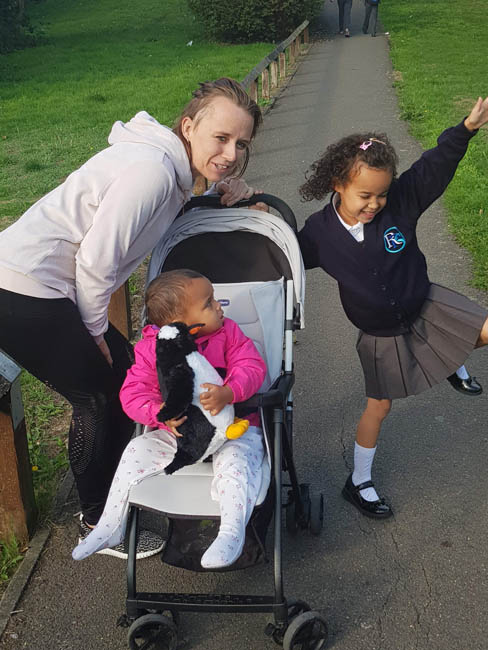 I burst into hysterics on the ward where all the other patients were very old, so I was given a separate room to help me deal with the shock.

Meanwhile my family who lived in Ireland were told about my diagnosis. My sister wanted to talk to me but my speech was so severely affected I couldn’t speak. Within 24 hours my parents were with me.

I was reliant on a wheelchair for a few days to get around, but I was determined to get myself mobile again. Having seen my kids’ reaction seeing me in a wheelchair, I started pacing the ward, holding onto furniture and the walls, despite being told not to.

The next stage was being referred to a neurologist. I was really lucky that the two medics who reviewed my case were student doctors from Queen Square – the National Hospital for Neurology and Neurosurgery – so I was transferred to one of the best hospitals in the country for brain tumour patients.

During my appointment with neurosurgeon Mr George Salvadorus my brain was going at 90 miles an hour.

“Am I going to die? How severe is my brain tumour? How will I tell my children that Mummy is really sick? The other patients in the waiting room are much older than me – why am I here?”

Mr Salvadorus pointed out the mass on a scan and I was actually intrigued to see the image of my brain right in front of me. He wasn’t too sure what type of tumour it was but explained that it was in the part of my brain which triggered seizures. I examined him from head to toe and remember thinking: this man’s hands will be going into my brain.

I was given two choices: watch and wait as the tumour was slow-growing or go ahead with surgery. Mr Salvadorus told me to go away and think about it.

“Over the next two weeks, I came to the conclusion that I couldn’t live with this time-bomb ticking away inside me. It was torture. I wanted to go ahead with surgery and fight for my kids.”

And I was sure that my seizures would just get worse if I left the tumour alone. 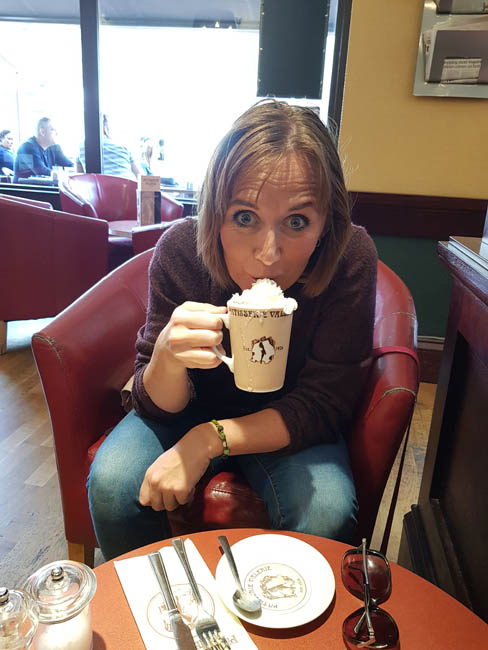 “Mr Salvadorus confirmed he believed the tumour had been there for at least 10 years. This explained the 10 years when I had been told my ‘episodes’ were merely down to anxiety and panic attacks; 10 years when I questioned whether I was going mad.”

Even my parents had questioned whether I was mentally unstable. So, being diagnosed with a brain tumour, in one sense was almost a relief.

In June of the same year, I underwent an awake craniotomy to minimise the risk to my speech and mobility. The tumour was like an octopus with tentacles wrapped around parts of my brain. Mr Salvadorus was able to remove the body of the tumour which was around 60 to 70%. Three days after the operation, I was discharged. I was on my feet again, although unstable, and was talking.

A couple of weeks later, I had my stitches out and learnt that the tumour was an oligodendroglioma grade 2, which was something of a relief, being low-grade. Radiotherapy and chemotherapy would be possible, if necessary, in the future.

Post-surgery I suffered with memory loss and found myself not really registering anything. I was also quite irritable. 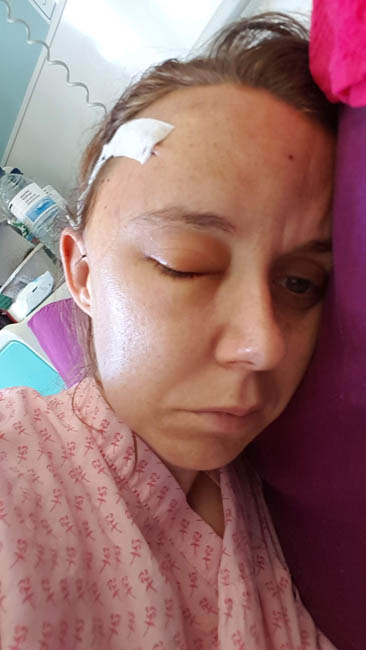 Even today, my seizures still aren’t stable and I continue to have adjustments made to my medication to try and get them under control. I also am living with the remaining tumour the surgeons were unable to remove in my brain. I don’t sleep well and miss having my family back in Ireland around me.

A year after surgery, my marriage fell apart. I know I was very up and down emotionally, but I questioned how much my illness was actually to blame.

“Getting diagnosed with a brain tumour made me realise that I was actually quite unhappy in my marriage. I am a very determined person and I came to the conclusion that it was better for my mental health for us not to be together. Life is way too short not to be happy.”

I also hadn’t found my husband very supportive throughout my brain tumour diagnosis and surgery. I went to a lot of hospital visits on my own.

By the time we parted, my daughters were seven and nearly four and I had a four-month-old baby boy. On three or four occasions, my eldest found herself having to call the neighbours because I could tell I was about to have a seizure. It hasn’t been easy for her, but now we make jokes about Mummy’s seizures and talk about the ‘ball’ in Mummy’s head. Being Irish we make fun out of everything! 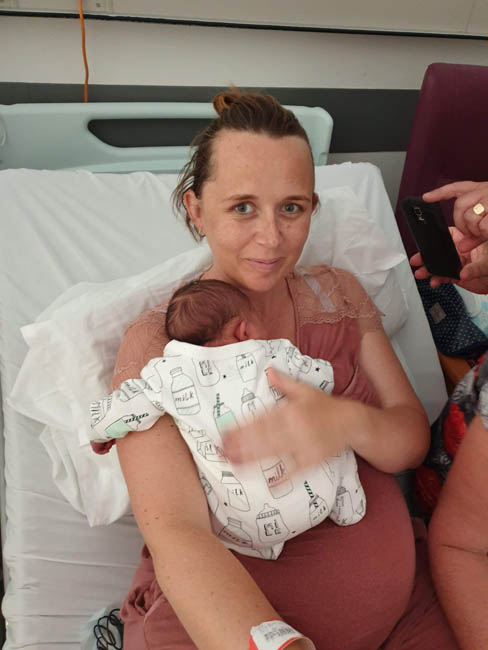 I am a strong person and always put on a brave face, but underneath I have emotions.

“I have to live with the scars and indentations surgery has left me with, which I find quite difficult. It has taken a long time to learn to live with them, even once the scar had healed. Even now it takes a lot for me to look in the mirror. I don’t feel like I am the person I was before – I am an ugly version.”

I am writing a book about my brain tumour experience – every patient has their own unique story.

I am also fundraising for Brain Tumour Research and taking part in “20 for 20” by dressing up every day for 20 days. With the current coronavirus pandemic restrictions on what we can do, it seems such a positive thing to do. I am encouraging friends and family to join in too.

“I know first-hand what it’s like to feel physically and definitely mentally changed through having a brain tumour. I struggle finding the confidence to dress up and ensuring my misshapen skull doesn’t show. We all deserve to feel beautiful.”

This form of cancer is the least funded, yet the human brain is so complex and hard to treat. It has to change for the sake of the thousands of people diagnosed each year with a brain tumour and their families. 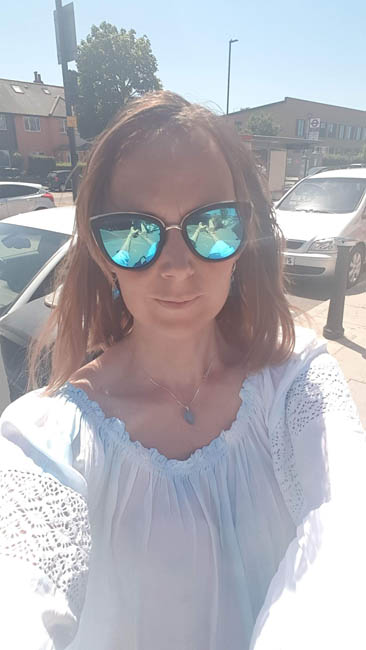