Lisa from Hertfordshire, was diagnosed at the age of 26 with an inoperable brain tumour a few months after falling pregnant and then losing the baby. The tumour turned out to be a meningioma and Lisa underwent Gamma Knife surgery. Several years later, when a scan revealed that the tumour was growing, Lisa underwent surgery and Tomotherapy, but was left with facial spasms which became very painful and more frequent since an accident three years ago. Lisa had been told that she couldn’t have children because the pregnancy hormones would ‘feed’ the tumour, but when she got pregnant again by accident, she decided to ignore the medics urging her to have an abortion. She is now the proud mother of five-year-old Ruby.

Back in April 2005, I was three months pregnant and had started to feel unwell. I was experiencing dizziness and blurred vision and found myself slurring my words and struggling to even stand upright.

I went to the optician twice and was told my vision had decreased.  Then one day, not long after I had suffered a miscarriage, I remember driving and feeling that cars on the inside lane were driving into my lane. If I shut one eye, however, everything seemed normal again. It was such a disorienting experience, I ended up scraping my car on some bollards.

I went to the optician’s again to get another opinion and was advised to go to Moorfields Eye Hospital in London. I underwent a raft of tests and was asked to come back six weeks later for the results. By that time, I was seriously suffering with double-vision. The doctor had a group of trainees around him and starting talking about surgery to correct my double-vision. 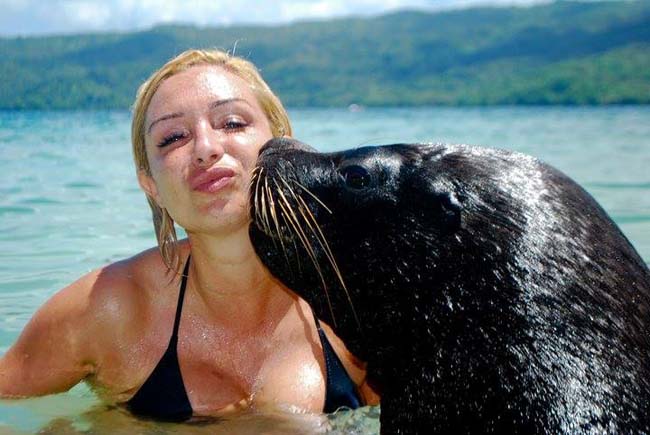 As I had also had an MRI scan, I asked him about the results of it.

“He didn’t have the results to hand but having got hold of them, told me it wasn’t good news – they had detected a brain tumour. It was such a shock, especially as I had come to get my results on my own.”

The doctor gave me the opportunity to come back with my parents and I immediately rang my dad and blurted out to him: ‘I’ve got a brain tumour!’ which must have been pretty shocking for him to hear.

My symptoms got steadily worse afterwards, with me walking like a drunk woman, one eye turned inwards.

Not knowing anything about brain tumours, I Googled them, which you really should never do.

I went back to see the consultant with my parents and among the questions we asked, was: ‘How long have I got? Months or years?’. They didn’t know, but they did say the tumour was like an octopus – a massive lump with tendrils. They thought it was non-cancerous, but that it could still cause disability, paralysis, or even death. They said it was too dangerous to operate as the tumour was right in the centre of my brain. I remembered having lots of ear infections as a child and wondered whether the tumour was already growing then.

My tumour was a meningioma, which can grow dramatically in pregnant women due to hormonal change. I was told that if I hadn’t miscarried, the baby and I would have died. I sank into a deep depression and split from my boyfriend.

I underwent Gamma Knife surgery, which is actually a type of radiation therapy, at St Thomas’ Hospital. It was pretty terrifying having a metal cage drilled into my head.

“Being told I couldn’t have children was soul-destroying, and I ended up trying to take my life. It might sound bizarre, but I was so scared of dying I decided I should end it all.”

One night I took some sleeping pills, but a friend found me and called an ambulance.

For the next five years, I had scans and was told that the tumour was stable, even though I had worrying symptoms – I was losing my memory and finding myself searching endlessly for words when speaking.

It was only then when the consultant decided to compare my scan with the one taken before I had Gamma Knife, rather than the previous scan I had undergone, that he realised it clearly showed that the tumour had grown. 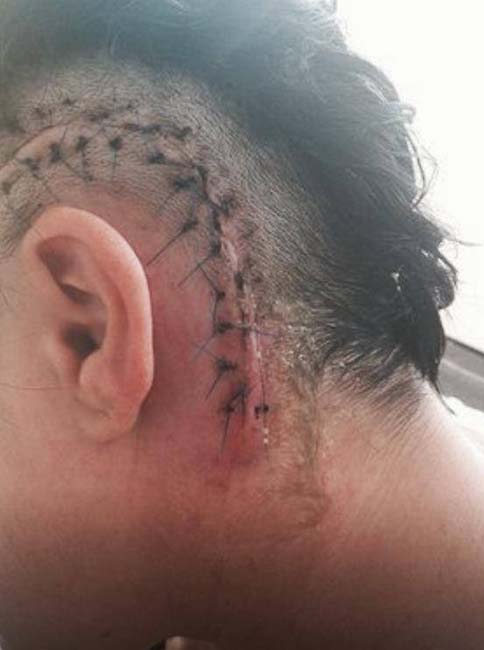 It was only then, in 2012, that I had surgery at King’s College Hospital in South London, to debulk the tumour. Sadly, it was only successful in removing around 5%. I also ended up having infection after infection and in the end had two further surgeries.

I also underwent Tomotherapy over a six-week period at St Thomas’ Hospital – a type of radiation therapy which combines 3D imaging of the tumour while delivering the necessary radiation with pin-point precision to protect the healthy surrounding tissue. Happily, this served to stabilise the tumour. However, since having surgery, I experienced facial spasms every couple of weeks and then, following an accident three years ago, the facial spasms have steadily increased so that sometimes I get up to 12 spasms a day, along with excruciating pain. 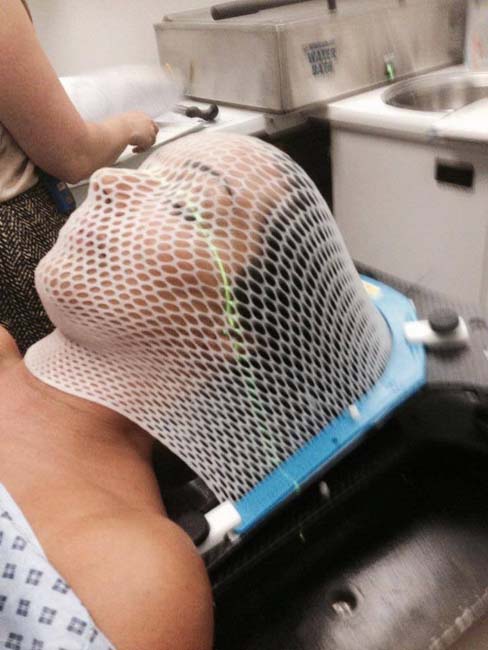 Meanwhile in 2015, miraculously, as I was taking precautions, I discovered I was pregnant. I felt it had happened for a reason and ignored all the medics who were urging me to have an abortion to protect my health. They said the pregnancy hormones would ‘feed’ my tumour.

“The day I discovered I was pregnant, I had been due to see a medium and when I went, having not told anyone my secret, the medium pointed to my stomach and said ‘you’re going to be fine’.”

However, during my pregnancy I experienced pelvic inflammation with the pain getting steadily worse and radiating up into my head. I started to really worry that the tumour was growing.

As my pregnancy progressed, the pressure in my head increased and at 32 weeks I was admitted to hospital. At 34 weeks, I had another scan and was told that the baby didn’t have a corpus callosum – the wide, thick nerve which acts as a connective pathway between the left and right side of the brain. They said this could mean my baby would be deformed. I did my research and discovered that there are famous people who have a missing corpus callosum and while some have behavioural issues or dyslexia, they are otherwise normal.

The very next day, I was given an emergency caesarean section and Ruby was born six weeks early. She was tiny and remained in hospital for a further 12 days, but she was absolutely perfect. 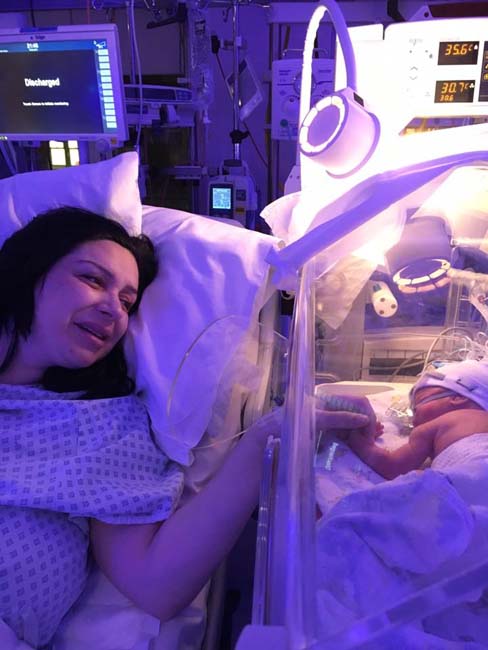 Ruby is now five and a half and a real personality. She loves performing arts and also wants to play her part in raising awareness of brain tumours.

“Over the years since my diagnosis, I have come to realise that your thoughts create your future. You need to change from being negative to being positive – after all, anyone of us could get knocked down by a bus tomorrow!”

And I have learnt that what doctors say isn’t always true so I take the attitude that we should all get on with living life to the full.

I have set up a Fundraising Group, which I have called Officially Lisa Connell, to raise awareness and help in the fight to find a cure because, with brain tumours killing more children and adults under the age of 40 than any other cancer, we have to bring hope to people who are affected going forward. 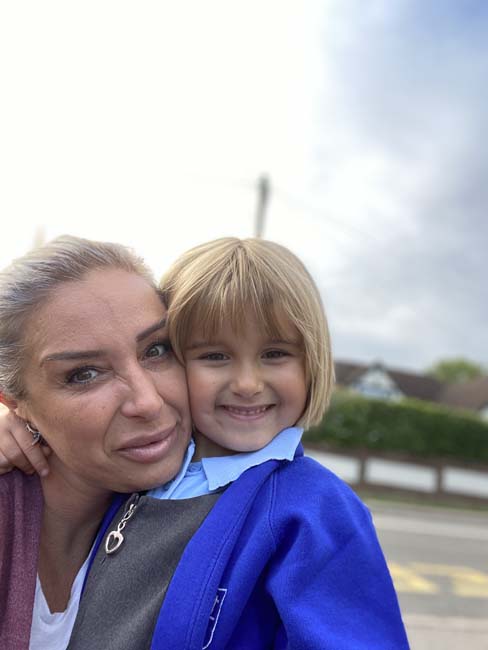 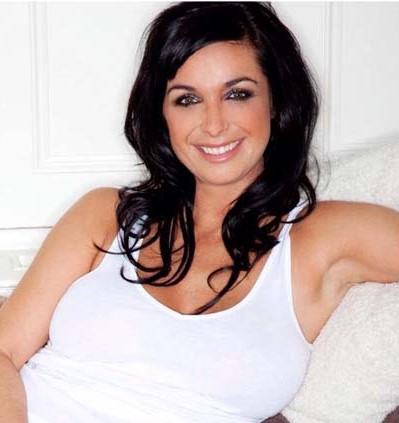