Jennifer Roscoe from St Helens in Merseyside was fit and healthy but in January 2019 she started being sick and getting strong headaches. She was initially treated for a recurring sinus infection and migraines but did not get better. In June Jennifer, mum to Emmy, nine, and Aria, six, suffered numbness down her left-hand side. An MRI scan revealed she had a glioblastoma (GBM) brain tumour. She is now on chemotherapy indefinitely, but is doing the 100 Squats or Star Jumps a Day in November Challenge to raise more money and awareness for Brain Tumour Research.

I have a high pain threshold and, being a pharmacy technician, I’m quite intuitive with my body so I rarely go to the doctor. 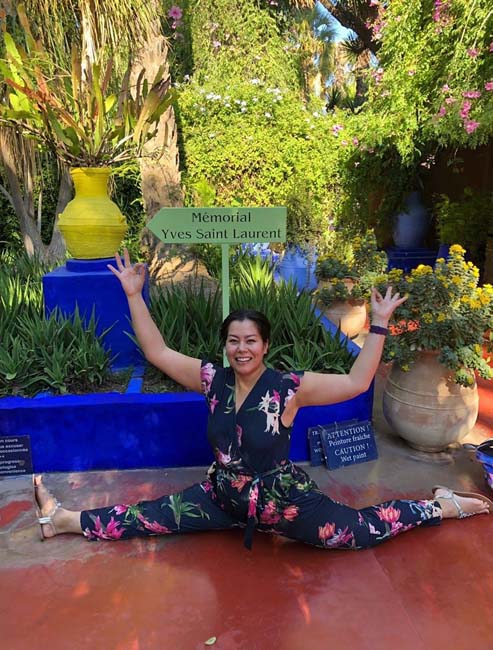 At the start of 2019, I started to become very unwell. I was having regular bouts of vomiting and I was getting strong headaches. My GP thought I had a recurring sinus infection, so I went to an ear, nose and throat specialist at the private Fairfield Independent Hospital in St Helens.

“I was put on beta blockers to stop the migraines, but they didn’t do anything. I was getting worse and became so bad and lost so much weight that I had to stop working.” 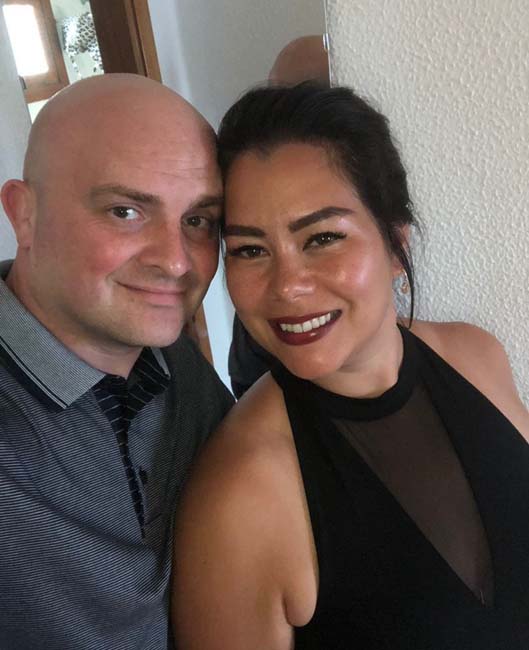 On 2 June 2019, the whole of my left-hand side went numb. I was also being sick and I had blurred vision. My husband, David, drove me to accident and emergency at Whiston Hospital in Prescot. It wasn’t very nice, it was full of drunk football fans which meant I had to wait a long time to be seen.

“The next day, I had an MRI scan which revealed I had a brain tumour. When I was told, I actually felt relieved because I knew I hadn’t been making it all up.” 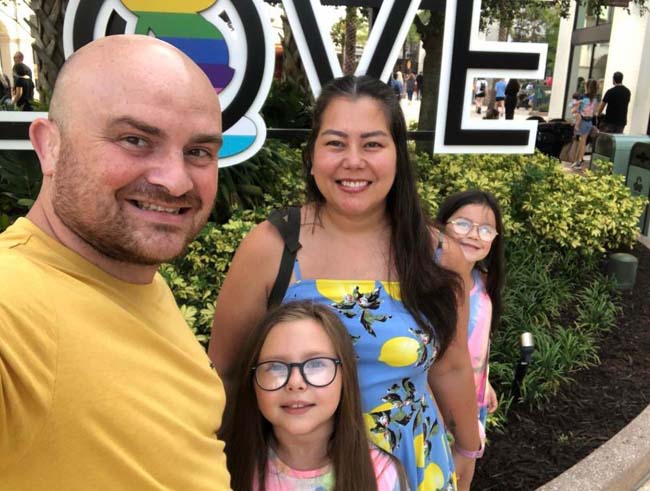 I knew so little about brain tumours that it didn’t occur to me  I had cancer. David looked shell-shocked because his dad died from stomach cancer, and he saw the suffering he went through.

One week later, I had a craniotomy at The Walton Centre in Liverpool. The operation went really well, and they managed to remove the whole tumour. The surgeon was amazing and he clearly explained everything. I bounced back quite quickly and went home after a couple of nights in hospital. That was nicer for the children because they were scared when they saw me in the hospital with two black eyes with wires attached to me. 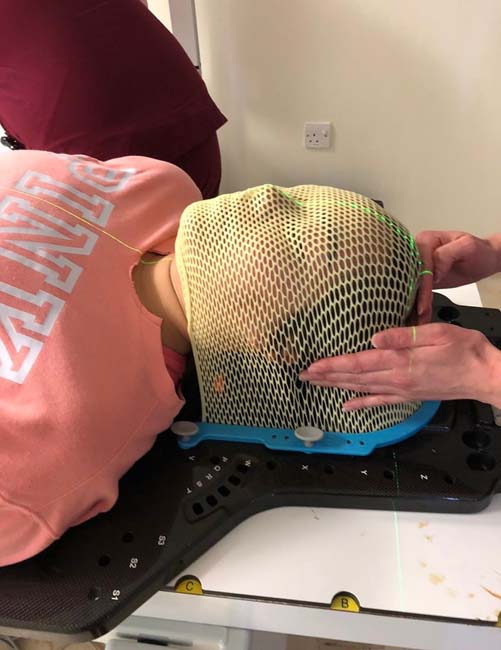 The histology report showed that my tumour was a glioblastoma (GBM) which is the worst type you can get.

“I didn’t want to know my prognosis because I don’t believe figures like that. But I’ve since learned that the average life expectancy is around 16 months which isn’t good.” 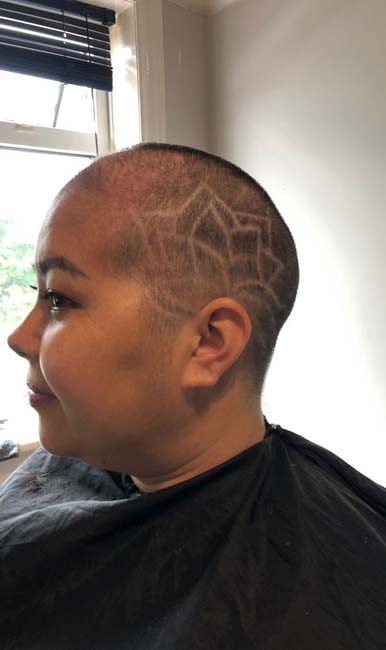 In April 2022, I had an MRI scan which revealed the tumour had grown back in three different areas of my brain. It was a huge setback, and I was gutted because I had done everything possible to beat it.

“This brain tumour has robbed me of the hope of getting old. It’s crushing because there are so many things I want to witness in my girls’ lives, such as seeing them grow up, getting their first boyfriends, and having their own children.”

I was absolutely delighted when Emmy lost her first tooth on Christmas Day last year because I thought that was something I would miss. It was like a present for me. 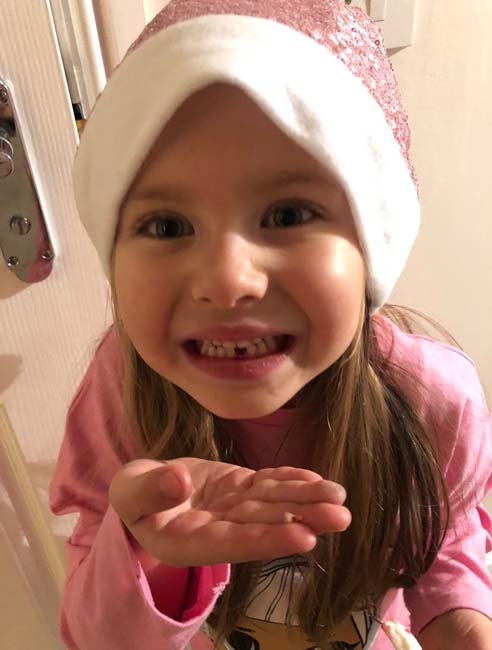 I was given the option of having more radiotherapy or chemotherapy. I’m now on chemotherapy indefinitely for the rest of my life but it makes me feel very drained. 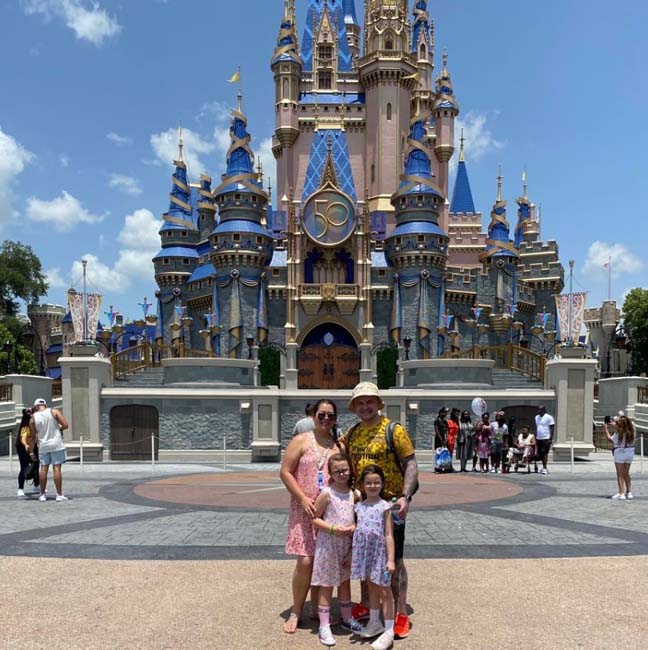 In July this year, we went to Disney World in Florida because it was at the top of my bucket list of things to do with my family before I die. It was amazing, and the girls loved every minute. It was worth every penny, even though no-one would insure me because of my diagnosis.

“We die once but we live every day, so make the most of the life you have.” 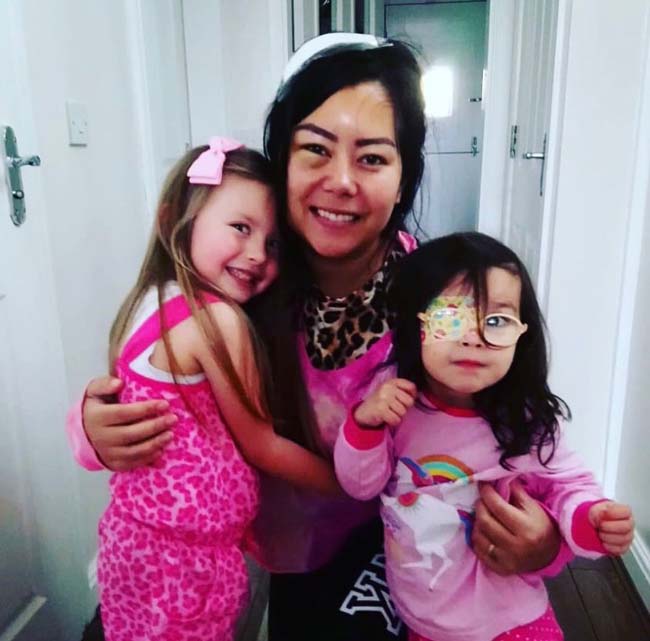 I’m doing the 100 Squats or Star Jumps a Day in November Challenge to raise more money and awareness for Brain Tumour Research.

It is so important to raise money to progress research to help others. 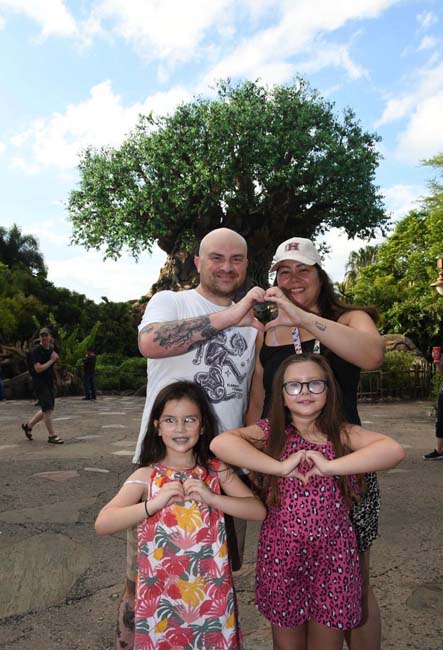 “Just 1% of the national spend on cancer research has been allocated to this devastating disease, which is infuriating. It’s like it’s the undesirable cancer to fund, like it’s the forgotten one.”

It’s heart-wrenching for families to watch their loved ones die from this. My husband David is awesome, and he does everything for me. He’s such a good man and I would be lost without him. 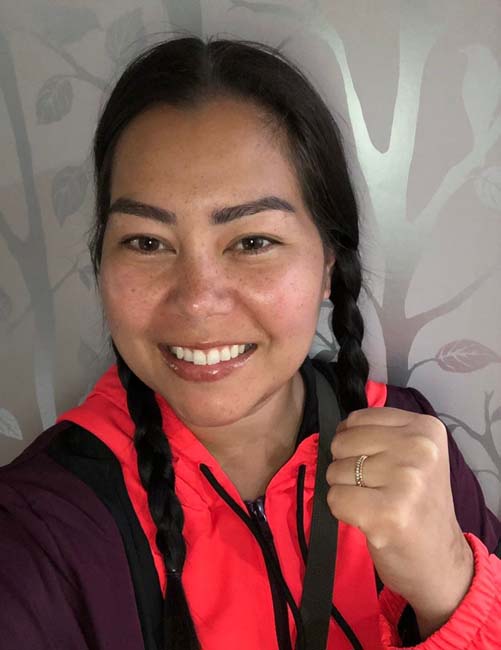