Our petition calling for increased national investment into brain tumour research to £35 million a year is now closed.

Thanks to the amazing support of more than 112,000 of you, we have produced the Level Up and Stop the Devastation Petition Report.

Brain tumours still kill more children and adults under the age of 40 than any other cancer, yet despite promises of increased investment in research from the Government and larger cancer charities we are still not seeing parity of funding with other cancers such as breast, prostate and leukaemia.

Together we are stronger, together we will find a cure. 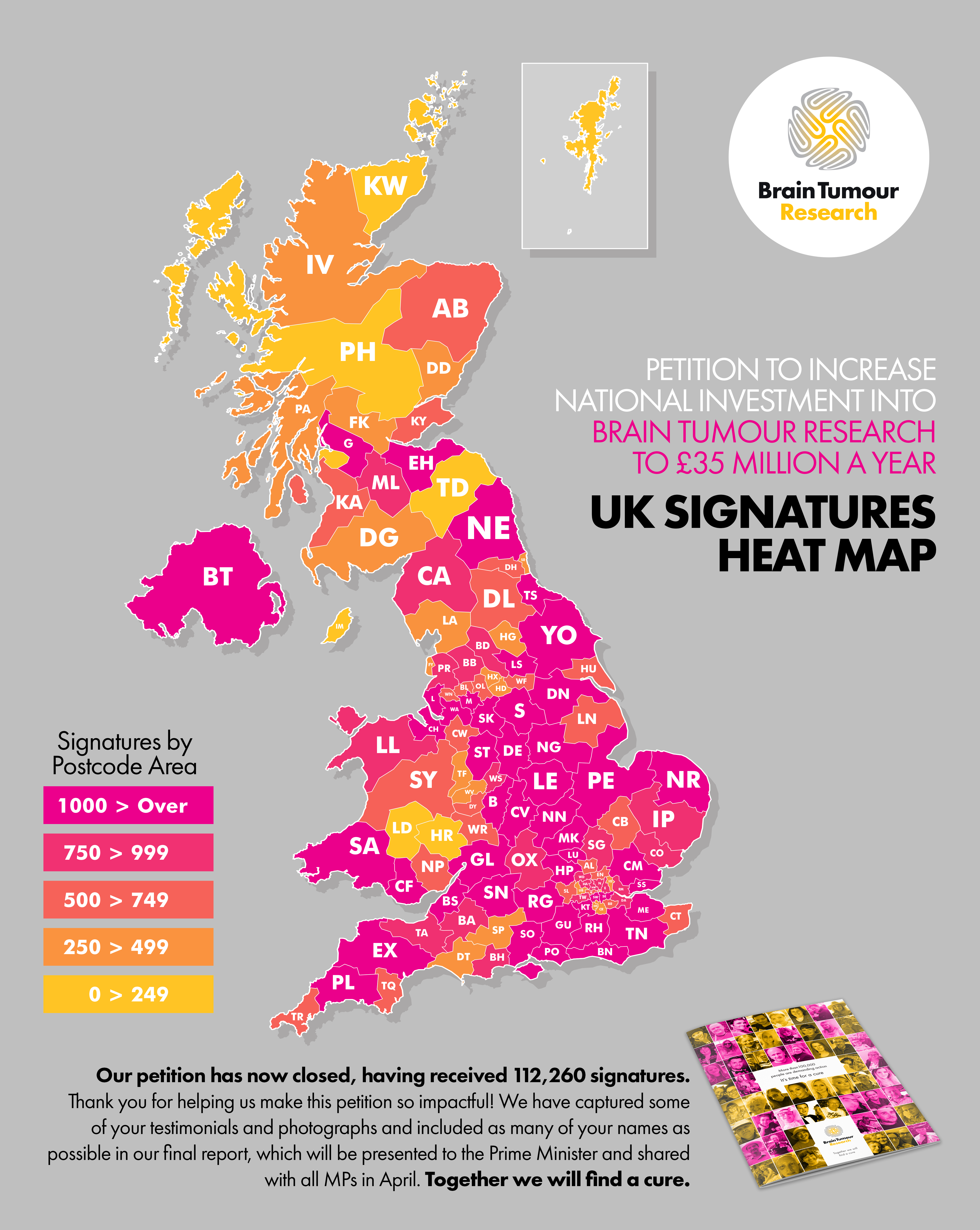 More funding for research into brain tumours is urgently needed.

The Realf family’s 2015 e-petition gained over 120,000 signatures with our support.  This led to the Petition Committee’s first ever report and the April 2016 Westminster Hall debate attended by over 70 MPs.  This led to the establishment of a Task and Finish Working Group which formed later that year. 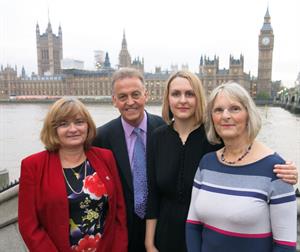 The House of Commons Petitions Committee declared that ‘successive Governments have failed brain tumour patients and their families for decades’. Their March 2016 report ‘Funding for research into brain tumours’ quoted the most recently reported investment in brain tumour research (2014) as 1.5% (£7.7 million) of the £498 million national spend on research into cancer.

Things have improved since then and spend has doubled meaning that in 2018 it was £15 million but this isn’t the £35 million and the parity of funding with other cancer sites such as breast and leukaemia, we were asking for then, and continue to ask for.

Two years later, in 2018, when the report of the Department of Health and Social Care (DHSC) task and finish working group on brain tumour research was published and Dame Tessa Jowell sadly died from her brain tumour, the Government committed to £40 million, with Cancer Research UK ( CRUK), committing a further £25 million over five years.

Another two years down the line we learn that only £6 million of the promised Government money has been spent and the pandemic has seen CRUK warning of a £150 million downturn in their research spending. Where does this leave brain tumour research?