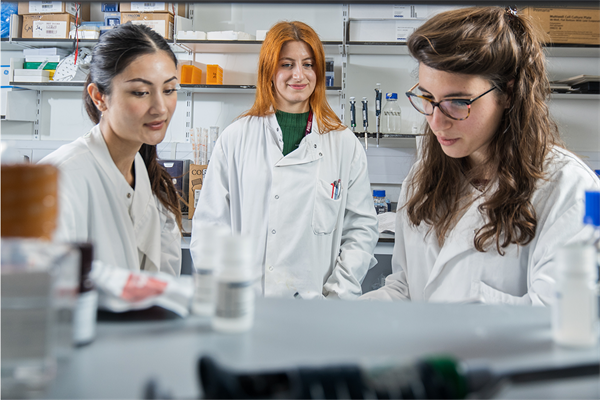 This is a final reminder that the All Party Parliamentary Group on Brain Tumours (APPGBT) is calling for written evidence from brain tumour researchers, those working at the coalface, with the skills, talents and vision to unlock the uniquely complex puzzle posed by brain tumours.

They want to hear from anybody conducting UK based brain tumour research about experience of current practice and any existing barriers to progressing a cure and are asking scientists and clinicians to provide written evidence for the APPGBT inquiry ‘Pathway to a cure – breaking down the barriers’ which will examine the challenges facing researchers and then present proposals to Government.

The APPGBT inquiry seeks to move from ‘talk to action,’ focus on solutions rather than problems and is ready to take its next steps on this major piece of work that will shift the landscape for UK brain tumour research.

We have received many responses already but we want to compile the most complete picture from researchers at all stages of their career so if you haven’t already please use this link which will take you to the survey which is to be completed and returned to inquiry@braintumourappg.org deadline for submissions is Sunday 13th February.

Scientists at UCL have created a breakthrough cancer therapy that guides magnetic seeds inside the brain to heat up and destroy tumours using an MRI scanner. This therapy, which was shown to work in mice, is called "minimally invasive image-guided ablation" or MINIMA. It includes a ferromagnetic thermoseed that is navigated to a tumour using magnetic propulsion gradients generated by an MRI scanner, before being heated remotely to kill cancer cells nearby. The findings, published in the journal Advanced Science, are a "proof-of-concept" for precise and effective treatment of hard-to-reach cancers such as glioblastoma, along with other cancers such as prostate that would benefit from less invasive treatment.

A clinical trial has found that Selinexor, the first of a new class of anti-cancer drugs, was able to shrink tumours in almost a third of patients with recurrent glioblastoma. Several trial patients stayed on Selinexor for more than 12 months, including one for over 42 months. The study was published in  Clinical Cancer Research.

A new study of more than eight million patients has found that high doses of a drug widely used in the hormonal treatment of conditions such as excessive hair growth, early puberty and prostate cancer, are linked to an increased risk of meningioma. The study's lead author from Bristol Medical School said: "In light of these results, prescription of high-dose cyproterone acetate, especially for off label indications, should be considered carefully. Additionally, we suggest that routine screening and meningioma surveillance by brain MRI offered to patients prescribed with cyproterone acetate is likely a reasonable clinical consideration if given at high doses for long periods of time. However, our study underscores the current limited evidence about the risk of intracranial meningioma associated with low dose cyproterone acetate.” The study was published in Scientific Reports.

Applying rapid short pulses of ultrasound can non-invasively deliver liposomes directly to the brain and can cross the blood brain barrier. Liposomes are important for multiple treatments having shown promise in cancer, inflammation and infection treatment by delivering high concentrations of therapeutics. This study’s results are published in the Journal of Controlled Release.

A co-author on this work was Dr Sophie Morse  who is now part of the team at the Imperial College London Brain Tumour Research Centre of Excellence. Dr Morse told us "The ability to deliver liposomes safely and efficiently into the brain with focused ultrasound will help us get exciting drugs exactly where they need to be".

A clinical trial to analyse an immunotherapy treatment option for adult patients with newly diagnosed glioblastoma is open for patient recruitment and is expected to be carried out at fifteen sites across the United States and China. The aim of the phase 2B trial — called SURVIVE —is to examine whether SurVaxM, an immunotherapy brain cancer vaccine, improves clinical outcomes when added to Temozolomide. Researchers expect to enrol 265 patients who will be randomised in the trial.

An experimental cancer-fighting herpes simplex virus called G207 has shown promise in combatting glioblastoma. It’s known that G207 selectively attacks and kills the tumour cells directly, but it also robs glioblastoma of its ability to evade detection by the immune system. Therefore, having been highlighted by the virus, the cancer comes under attack from the body's natural defences. This has been described by researchers as a ‘one-two punch’ and their paper is published in Clinical Cancer Research.

Using data from more than 100,000 malignant and non-malignant cells from 15 human brain metastases, researchers have revealed two functional archetypes of metastatic cells across seven different types of brain tumours, each containing both immune and non-immune cell types. Their findings, provide a potential roadmap for metastatic tumour formation that could be used to design therapies to improve the treatment of metastasized patients. published the February issue of Cell.

I don’t think the work of Brain Tumour Research could be summed up better than the  phrase ‘From Loss Comes Hope’. The phrase is used here to look at early clinical trial results that show promise for treating paediatric brain tumour and the piece is extremely moving.