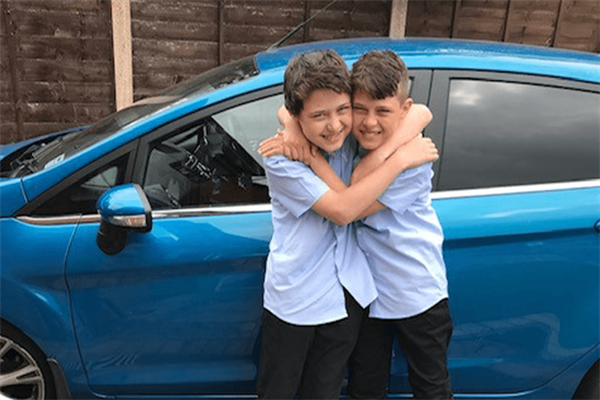 Mum Julie Parton has described the pain of losing her son to a brain tumour only to be told just weeks later that his surviving twin brother also had cancer.

Julie, from Staffordshire, is sharing her heart breaking story in order to raise awareness of Brain Tumour Research’s new petition calling for increased funding to help find a cure.

Ben was just 11 when he was diagnosed with a glioblastoma multiforme (GBM). He underwent surgery and treatment but died in December 2019 just eight months later. As the family was coming to terms with their loss, Ben’s identical twin Jack started to experience symptoms which were initially misdiagnosed as post traumatic stress disorder caused by bereavement. It was later discovered he had leukaemia. Although he is doing well he will remain on chemotherapy for two-and-a-half years.

The boys’ mum said: “It’s almost impossible to put into words how horrendous this has been. Having gone through everything with Ben and, just as we were grieving his loss, it was a hammer blow to find out only two weeks after his funeral that Jack was also fighting cancer. Although it seems wrong to say this, it was a relief to discover that Jack had leukaemia rather than brain cancer.

“Thanks to the investment in research, Jack and other leukaemia patients now have hope of a cure. Ben was not so lucky, he never really stood a chance. Historically, just 1% of the national spend on cancer research has been allocated to brain tumours and treatment options remain very limited and survival rates very poor.”

The family’s story, highlighting the issues around the historic lack of investment in research to find a cure for brain tumours, has been published nationally in The Sun, The Mirror, Metro and by regional titles including Birmingham Mail and Stoke Sentinel.