Ben was just 11 when he started to experience symptoms including sickness. A month later he was diagnosed with a glioblastoma multiforme and his devastated mum was told he had less than two years to live. He underwent surgery and treatment, but sadly died just eight months later in December 2019. His twin brother Jack was diagnosed with leukaemia shortly afterwards and is now undergoing treatment.

My identical twin boys were born in October 2007. They were always so close and alike in many ways but different in others. Ben was always the more confident and out-going and Jack looked to him to take the lead. If Ben was doing something or going somewhere then Jack felt safe and secure to follow. 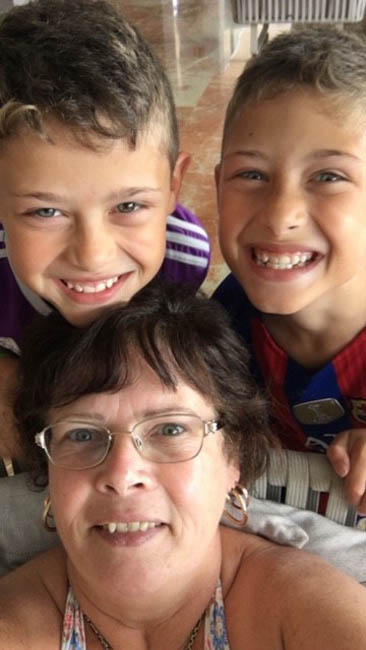 That has been one of the hardest things to bear. No-one should lose their child at the age of 12 and who can imagine the pain of a child of that age who has lost their twin? And, on top of that, we are now facing a second cancer diagnosis – just two weeks after we laid Ben to rest, Jack was diagnosed with leukaemia. He is having treatment at the same hospital where, on so many occasions, we took his brother and where, on so many occasions, there was bad news, despair and the loss of hope.

It was made very clear from the outset that Ben’s prognosis with such an aggressive brain tumour was extremely poor. It was a grade 4 glioblastoma multiforme (GBM), as bad as things get, and a brain tumour type which just 20% of patients live beyond five years of their diagnosis.

It is some consolation that with Jack I can dare to feel there is more hope. Although I have been careful, and too scared I suppose, not to ask for his prognosis, I know that leukaemia is no longer the death sentence it once was thanks to the investment in research which has led to much-needed treatment options. Tragically, this wasn’t the case for Ben.

“Brain tumours kill more children and adults under the age of 40 than any other cancer yet, historically, just 1% of the national spend on cancer research has been allocated to this devastating disease. I hope and pray that Jack will be OK and I so wish that would have been the case for Ben. Without investment in research, families like ours have no hope.”

Towards the end of March 2019, the boys were revising for their SATS. Ben started to complain of headaches in class. Soon he was vomiting too but, with a sickness bug going round school, it seemed only to be expected. We were waiting for an appointment at the opticians but I took him to the urgent care clinic at Walsall Manor Hospital where he was checked over and we were reassured to be told he had gastroenteritis.

The sickness would stop and start again a couple of days later and by mid-April Ben had lost quite a bit of weight and was struggling to move his right arm so it was back to urgent care where I was told, once again, it was a stomach bug. We were given antacid medication and told to seek a paediatric referral through our GP.

I felt everyone was dragging their feet and, with Ben still poorly, I took him to A&E once again where we were told his blood results were fine and we were sent on our way. But just four days later Ben collapsed as he got out of bed and he was taken by ambulance to hospital, this time it was New Cross in Wolverhampton. It wasn’t long before he had a CT scan and were told given the devastating news that Ben had a brain tumour. We were immediately transferred to Birmingham Children’s Hospital where a neurosurgeon was waiting for us.

Ben was immediately prescribed steroids and was in surgery within 24 hours. It was then we were told the brain tumour type and the bleak prognosis. Arrangements were made for my boy to start radiotherapy four weeks after surgery although the treatment was delayed. While the details of his treatment were being worked out Ben was complaining of headaches again and, on 4 June, a scan confirmed the tumour had already grown back. He was put on steroids once more and had further surgery on 10 June. 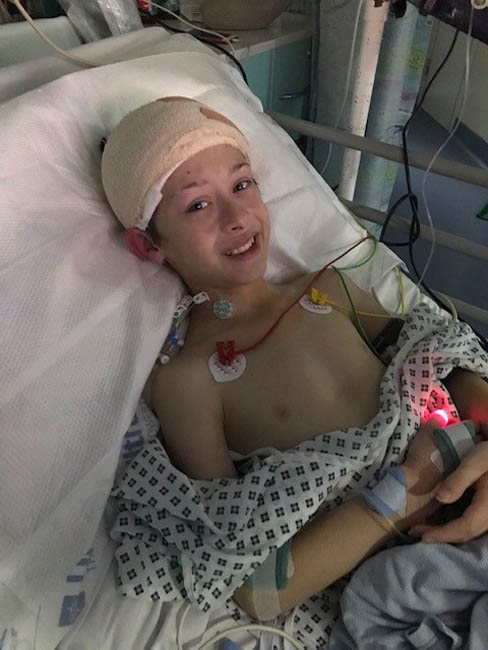 On 3 July he started 30 sessions of radiotherapy and, mercifully, during this time he was well and able to enjoy things with Jack. It wasn’t until the last couple of weeks of treatment that he started to be sick again. On 23 September Ben started what should have been four cycles of chemotherapy. After the second cycle it was clear the drugs weren’t working and the cancer was spreading in his brain.

“By the beginning of December Ben was on palliative care and I was advised to take Jack out of school so they could spend time together. We were looking forward to a weekend at home but, tragically, while we were waiting for an ambulance to transport us from the hospital, Ben had two massive seizures. He died two days later at the age of 12.”

It is hard to put into words how horrendous this has been. Having gone through all of that and as we were grieving for Ben it was a hammer blow to find out, just two weeks after the funeral, that Jack was also fighting cancer.

After losing his brother, Jack was very tired and was suffering from back pain and sickness. His symptoms were put down to Post Traumatic Stress Disorder which seemed feasible given what we had all been through. During Ben’s many tests it had been discovered that he had a genetic disorder which meant his TP53 gene, a tumour suppressor, was faulty. And it was during screening to see if Jack was similarly affected that the alarm bells started to ring. We were told that his symptoms were not neurological so, mercifully, he didn’t have a brain tumour. However, when we were immediately recalled to the hospital and told to bring an overnight bag, I was so scared. 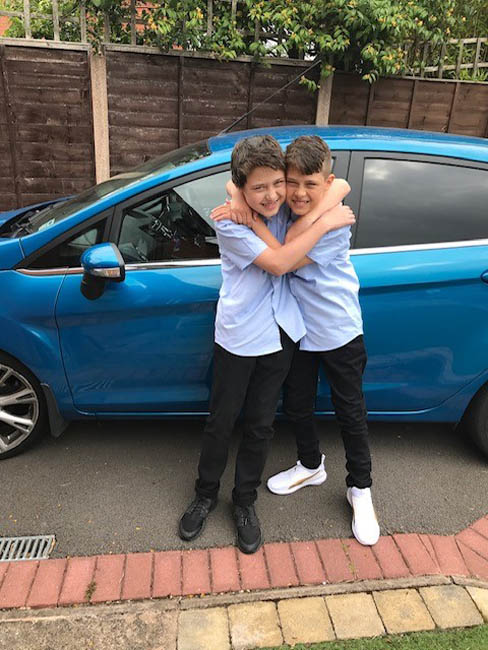 To be told my surviving son had leukaemia was devastating although I have to hold out hope that leukaemia is curable whereas Ben never had that chance. We are now going back to Birmingham Children’s Hospital once more where Jack is having the chemotherapy drug blinatumomab. Following a bone marrow aspirate, we have just received the best news ever that Jack is cancer free although he will have to stay on chemo for two-and-a-half years to make sure it doesn’t come back.

All things considered Jack is doing well although some days are incredibly tough. He misses Ben so much and I’m sure he would give anything for them to be on PlayStation together.

If you have been touched by Ben’s story and would like to know more about our lobbying, research updates and fundraising opportunities, please sign up to our weekly e-news. 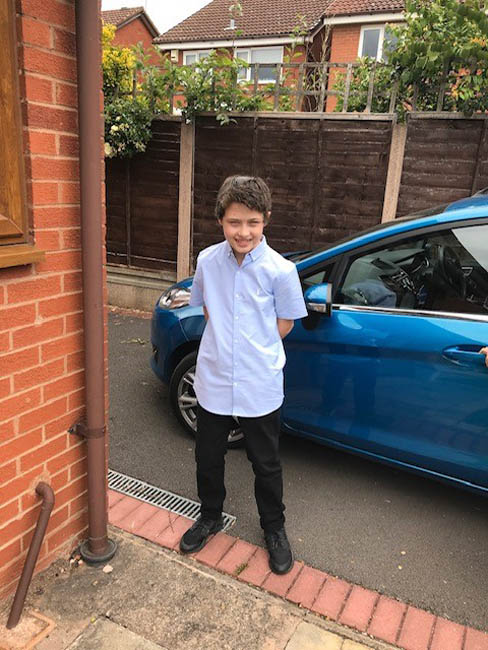