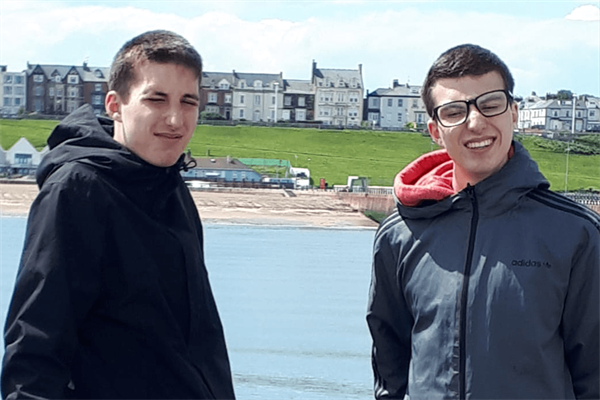 A 17-year-old from Bury has pledged to fundraise for Brain Tumour Research by running 5k a day during his identical twin brother’s brain cancer treatment.

Matthew was first diagnosed with an ependymoma brain tumour when he was just three years old. The tumour was successfully operated on and he enjoyed several years of stable scans. Earlier this summer, however, they noticed he was getting really clumsy, so he was sent for a precautionary scan, which revealed a 4cm by 4cm tumour in the cerebellum part of his brain.

Matthew had surgery to remove the tumour on 7 July 2020, eight years to the day since the twins lost their mum to breast cancer. He is likely to undergo a course of radiotherapy, followed by chemotherapy.

Alex decided the 5k a day running challenge would be fitting, as he could complete the runs in roughly the same time each radiotherapy session lasts. The boys live with their brother Mark (14), stepbrother Samuel (12), dad Gary and step mum Claire. Claire and Gary are both key worker paramedics with North West Ambulance Service, who have appeared on the BBC One TV series ‘Ambulance’. Alex said it has been a tough time for all of them: “We were all devastated to get the news about Matthew’s brain tumour but Dad was particularly shaken, having lost Mum to cancer. We are a tightknit family and feel that we are in it together and will support each other through these difficult times.”

To sponsor him, visit his fundraising page: https://www.justgiving.com/fundraising/alexpullan