Promised millions not yet spent on brain tumour research 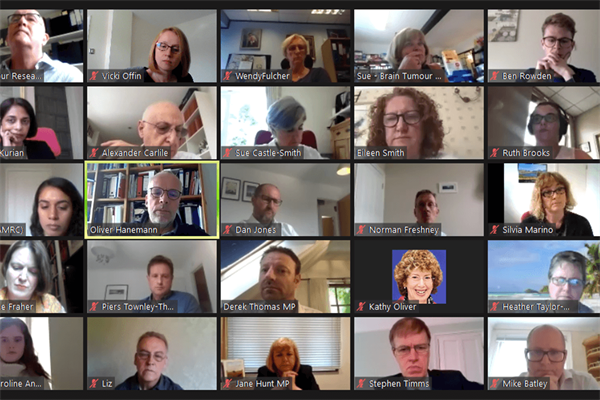 Just £6 million of a £40 million fund made available by the UK Government to help find a cure for brain tumours has been allocated.

Mike Batley, Deputy Director of Research Programmes at the Department of Health and Social Care (DHSC) said that, since 2018, there had been a total of 54 applications to the fund, just seven of those had been successful and this equated to a brain tumour specific research spend commitment of £6 million. Other monies had been spent on infrastructure.

The figure was questioned by Peter Realf, from Rugby, who along with his family campaigned with Brain Tumour Research after losing his only son Stephen to the disease. The grieving father was at the forefront of a campaign which resulted in the Government pledge to revolutionise research into brain tumours in the UK with a £20 million cash injection from the DHSC. This was followed by the announcement of a further £20 million from the Department following the death of politician Dame Tessa Jowell in May 2018.

The meeting heard concerns that the process by which researchers applied for grants needed to change and could be improved by having experts with experience in specific fields on review panels and by encouraging those who were unsuccessful first time to reapply in order to encourage motivation and ensure scientists remained engaged in the field.

Describing continuity of funding a “essential”, Professor Silvia Marino, who leads the Brain Tumour Research Centre of Excellence at Queen Mary University of London (QMUL), said: “You can’t grow a plant for tomorrow if you throw away the seeds today.”