Our reaction to 13th May Government funding announcement 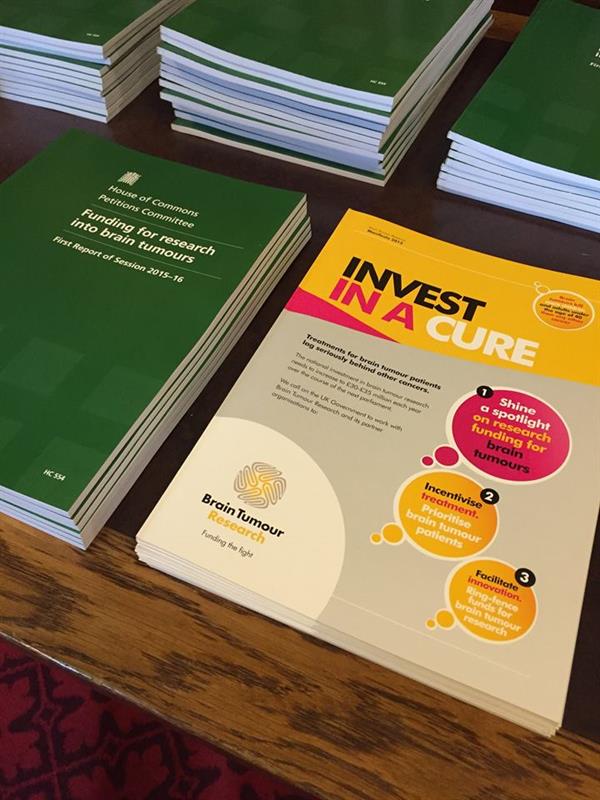 Brain Tumour Research welcomes last night’s announcement that the Government plans to double its investment in brain cancer research with a £40 million 'Dame Tessa Jowell Brain Cancer Research Mission’ and that this is part of a £65 million research package that includes a funding commitment of £25 million from Cancer Research UK.

When the initial £20 million investment was announced in February by the UK Government, they mentioned that the money will be invested through the National Institute for Health Research over the next five years. Similarly, when Cancer Research UK announced an extra £25 million to boost their ongoing commitment to research into brain tumours, this again will be rolled out over a five year period.

We have always been clear in our call to the Government and larger cancer charities to work alongside us to raise investment in brain tumour research to £30-£35 million a year.

This was at the centre of our 2015 Invest in a Cure Manifesto. This Manifesto formed the basis of the call to action for our e-petition the same year which attracted over 120,000 signatories. The subsequent debate encouraged the then Minister for Life Science, George Freeman MP, to set up a Department of Health and Social Care Task and Finish Working Group which reported its important conclusions earlier this year.

In the three months since then, things have moved on at such a pace and there is no doubt Baroness Tessa Jowell was a catalyst for much of this. However, whilst being encouraged by recent developments, our call for a £30-£35 million annual investment into brain tumour research remains unchanged.

This is all about parity – similar research funding levels to breast cancer and leukaemia for example would lead to a reasonable expectation of progress in the patient outcomes and options already enjoyed in those areas. A lack of parity means the situation remains the same, the research continues to lag behind, and brain tumour patients and their families continue to be let down.

This momentum encourages us to continue to champion the brain tumour community and be the leading voice of calling for action and investment needed to suitably accelerate and sustain game-changing research need into brain tumours in this country. We will continue to work tirelessly to raise awareness and funds for research and, by working together, we will make the difference we need to see. Together we will find a cure.