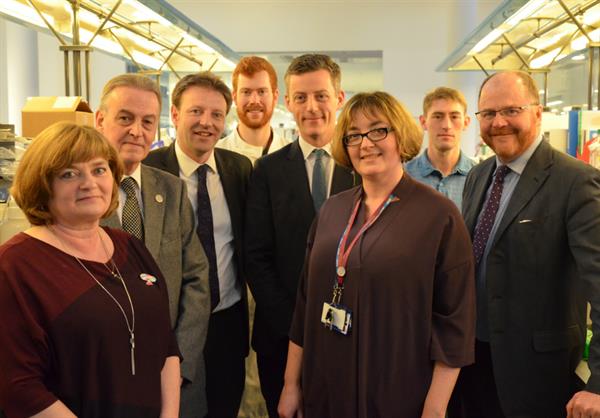 Brain tumour research in the UK is set to be revolutionised with £45 million in funding by the Department of Health and Social Care and Cancer Research UK. Secretary of State Jeremy Hunt yesterday hailed this as “a chance to create a genuine, step change in survival rates for one of the deadliest forms of cancer.”

This was a landmark day that saw - as well as this funding announcement - the release of a Department of Health & Social Care (DHSC) Task and Finish Working Group Report in addition to a Brain Tumour Roundtable debate, initiated by the Eliminate Cancer Initiative.

In what history will record as a watershed moment for brain tumour research, our Chief Executive Sue Farrington Smith said:

”We are taking significant steps in our journey toward a cure. Our e-petition that supported the Realf family led to over 120,000 signatories and to the highly influential Petition’s Committee report, followed by an unprecedented Westminster Hall debate attended by over 70 MPs. This so moved George Freeman, the then Life Sciences Minister, that the Task and Finish Group report was announced. Its delivery yesterday, alongside the brain cancer roundtable chaired by Lord O’Shaughnessy together produced the momentum that delivered this funding announcement. It is a milestone that we are proud to have so significantly influenced but our work continues to achieve parity of funding. Our community deserves the £30-35 million a year research funding needed to make a real difference.”

Before attending the roundtable, Chair Lord O'Shaughnessy, alongside the instigator of the Task and Finish report George Freeman MP and Chair of APPGBT Derek Thomas MP visited our dedicated Research Centre of Excellence in Queen Mary University of London that focuses on glioblastoma brain tumours.