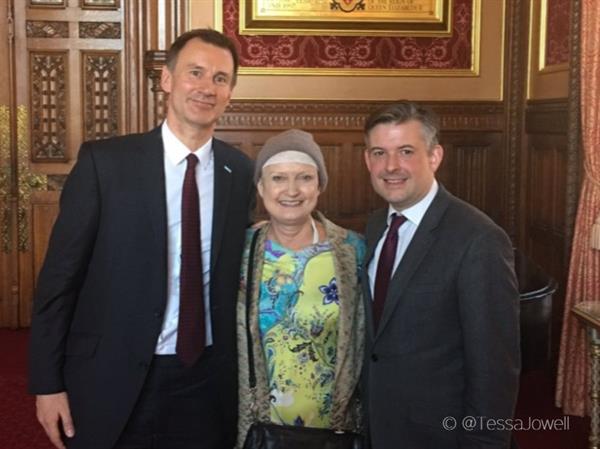 Yesterday, Sarah Jones MP led a debate in the House of Commons on the issue of providing effective cancer treatments to those in need. Sarah, who has previously worked for Baroness Tessa Jowell, paid tribute to her former boss, who announced her own brain tumour diagnosis in September 2017.

In the debate, Health Secretary Jeremy Hunt MP stated that there is a duty for MPs to act on what Baroness Jowell has said, delivering real improvement in health outcomes for those devastated by this disease.

Health Minister Steve Brine MP closed the debate by saying the challenge of brain tumours can be overcome. Mentioning Brain Tumour Research, he said the recent Task and Finish Working Group has been a key milestone in delivering the progress so far.

This has been followed by news today that Tessa Jowell will be the first person to donate her medical data to a new global database, The Universal Cancer Databank (UCD). The UCD is a project by the Australian Eliminate Cancer Initiative.

The work done by Tessa has been remarkable and is essential in raising awareness about brain tumours globally.