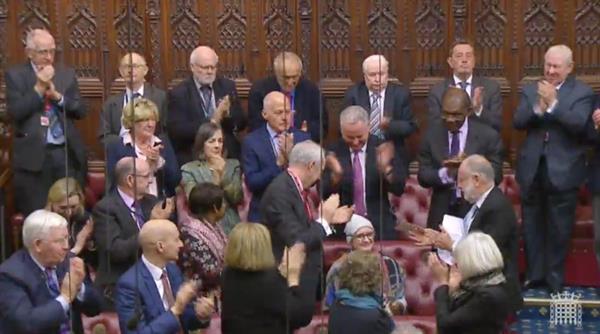 Yesterday, the House of Lords hosted a moving debate, led by Baroness Tessa Jowell, on the subject of cancer patients’ access to innovative treatments.

Lady Jowell, a prominent member of government during the New Labour era, experienced two powerful seizures in May 2017 and was then diagnosed with a high-grade glioblastoma.

Baroness Jowell’s speech focused on the need to improve both diagnosis rates and patient access to cutting-edge treatments, via new ways of working such as adaptive clinical trials. The speech received a standing ovation from her fellow Parliamentarians.

More than 20 fellow members of the House of Lords spoke after Baroness Jowell. These included Brain Tumour Research Parliamentary Champion Baroness Joan Walmsley and Lord Turnberg, who has been a long-term advocate for health research via the Association of Medical Research Charities.

Whether it is building research capacity, expanding access to brain tumour tissue or developing new brain tumour drugs, we need the support of politicians to advance our cause and this is where we need your help.

If it were not for the efforts of our activists, like Maria Lester, then those in power would be all too-tempted to put brain tumours into the ‘too difficult box’ (to quote from Baroness Jowell’s speech) and so we need all of our supporters to let their politicians know about this devastating disease.

Sign up as a Brain Tumour Research activist here.