William lived in Pinner with his mum Helen, dad Craig and sister Harriet. Shockingly, he was diagnosed as a five-year-old with a high-grade medulloblastoma brain tumour and underwent surgery and treatment, but the cancer returned again when he was 13. At 16 it had spread to his spine. William passed away in August 2017, aged 17, with his family by his side. They have since set up The William Low Trust, a Member Charity of Brain Tumour Research, to help fight the battle against brain tumours.

Here is William’s story, as told by his mother, Helen…

William was a delightful, cherubic baby boy with golden curls, plump, kissable cheeks and a calm and loving nature. He grew into a busy toddler and affectionate child, taking to school easily and making lots of friends. He was picked to be Joseph at his first school Nativity play. His dad and I were brimming over with pride.

Early in 2005, when William was five, he started to complain of head, neck and leg aches that made him sick and tired. In fact, he was to suffer from nausea every day for the rest of his life – we tried everything to reduce it but nothing worked.

“We took William to A&E numerous times but eventually we were taken seriously and William had an emergency MRI scan. It revealed the devastating truth that William had a medulloblastoma, a large cancerous brain tumour, the size of an orange.”

William was blue-lighted across London – the city was in lock-down after a bomb scare – to Great Ormond Street Children’s Hospital (GOSH). We arrived in total shock, seeing our gorgeous boy hanging onto life by a thread. We just knew that day that our lives had changed forever, especially when we learned that the survival of children with brain tumours was poor, especially when they were so young.

Miraculously, William survived surgery, but the treatment he had to undergo was harsh. He was just six years old when he had to have radiotherapy every day for six weeks and chemotherapy for 57 weeks. William was often sick and had to be fed through a tube; the energetic, happy boy with beautiful blonde curls became a shadow of his former self.

“It was a long year. William suffered endless infections, each one being potentially life-threatening. His daily life included blood tests, assessments, being wired up to machines, physiotherapy and occupational therapy.”

Through it all William remained brave, quietly determined and unusually stoic for one so young, winning the admiration of all who came into contact with him.

William was too ill to go to school, but, along with his big sister Harriet who he adored, we were always by his side, encouraging him every step of the way and keeping him stimulated with fun things to do. He also enjoyed friends visiting when he was well enough to see them. 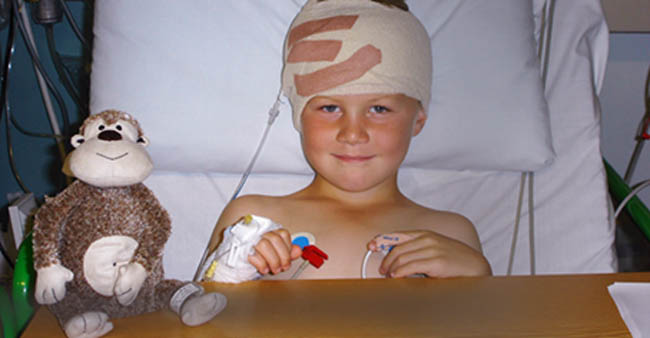 Against the odds, William recovered, learned to walk again, and was able to return to Cannon Lane Primary School in Pinner. Despite some acquired hearing loss requiring extra help, he was a bright lad, tall for his age with a love of football – a true blue Chelsea fan!

Life gradually returned to normal routines and life experiences, with hospital life slightly faded into the background. Each time William had an MRI scan, we all held our breath and prayed for good news.

William moved onto Haydon Secondary School where his cheeky sense of humour made him a popular boy in a quirky kind of way. We enjoyed some lovely family holidays, adopted a wonderful rescue dog called Basil and life was good.

“Then, when William was 13, came the crushing news that the cancer was back. This time the brain tumours were scattered like icing sugar all over his cerebellum at the back of the brain.”

It was extremely rare for the disease to return in this form and after so long. The GOSH consultants were doubtful they could save him this time. Advice was sought from all around the world and eventually an extremely tough treatment plan was formulated. William’s strength of character was a major factor in the decision to put him through further brain surgery, more chemo and radiotherapy and a stem cell transplant.

The stem cell transplant that saved his life had severe consequences. The chemo burnt his skin on the inside and out. William needed six baths a day, creaming all over and clean pyjamas and bedding every time he was bathed, as the chemo coming out of his pores was so toxic. He was unable to eat for many weeks as the chemo had damaged his mouth and gut. It was heart-wrenching to see him suffering and there were too many times his life hung in the balance. But the result was amazing. William was tumour free again. It was time to celebrate with champagne!

The brain surgery knocked him hard this time and recovery was challenging, William had to learn to walk again, but this time it was much more difficult as his balance was impaired and, again, he felt constantly sick. He could no longer write or draw with any control over his right hand. Typically, William practiced every day so that he could use his left hand as dextrously as his right. 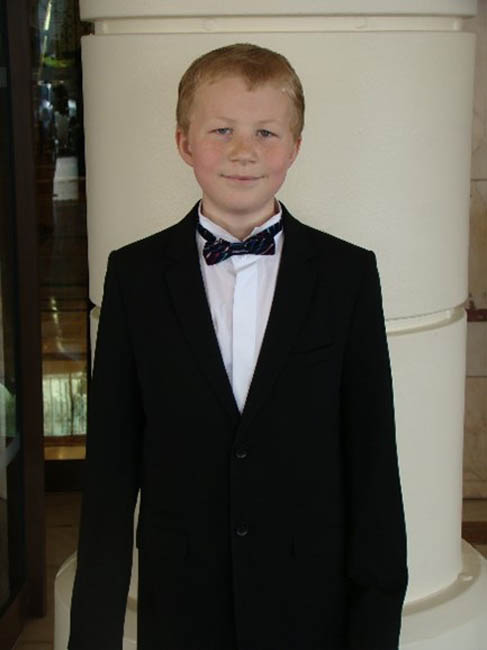 With his remarkable determination, William got stronger and eventually was able to use his left hand almost as well as he had his right. He also studied hard to catch up on the school work he had missed. It was a credit to him, particularly considering how much school time he had lost, that he achieved really good grades in his GCSEs. I am particularly proud of his A* in Art, all done with his left hand, and the fact that he was voted Prom King by his fellow students for the end-of-year prom – he looked so handsome that night.

During July of 2016, William completed the four-week National Citizen Service (NCS), a voluntary personal and social development programme for 15 to 17-year-olds, and also made plans to go to college.

However, the day after he completed NCS, a routine MRI scan showed that new tumours had appeared in his spine. William was now 16. We knew that this was grave news, but we never lost hope.

Running out of ideas, his medical team watched and waited to see how these unusual tumours developed, continuing to carry out extensive research for a plan to buy some extra time. William inspired many health care professionals to give up their free time to explore possible leads.

“Craig and I, along with a friend in medicine, exhaustively investigated every possible drug trial available in a desperate attempt to find something appropriate, but were forced to accept that nothing was suitable. At the tender age of 17, it was the end of the road for William.”

Meanwhile, William insisted on continuing to go to college, despite the slow but relentless deterioration in his health.

In March of 2017, scans showed his tumours were advancing and that fluid was building up in his brain. 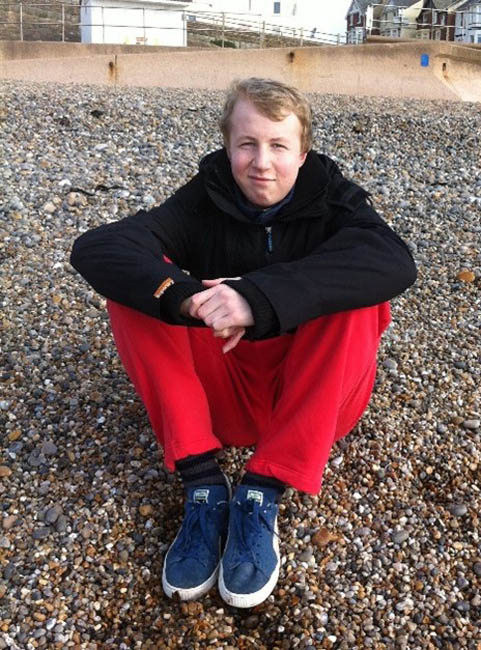 In April, surgery to insert a shunt to help drain away the fluid, didn’t go to plan. He had a big bleed on the brain and could no longer walk; his brain was in trauma. William had already withstood so much in his young life; his body couldn’t take any more treatment. We had to face the fact that all hope was gone and there was nothing more that could be done except make his remaining time as comfortable as possible. Crucially, we were forced to face the horrific fact that William was no longer going to survive.

“As a family we were heartbroken and in great pain. However, we were determined that William’s last few months would be as enjoyable as we could possibly make them.”

A local friend converted our garage into a downstairs bathroom in record time so that William could come home from hospital. Shooting Star Hospice and the Rainbow Trust Children’s Charity organised some lovely events: William spent the evening with Simon Cowell at Britain’s Got Talent, had Frank Lampard over for afternoon tea and we all had some lovely trips out. William enjoyed seeing his friends and family, watching movies and especially having his dog Basil up on the bed for cuddles.

William adored being at home, surrounded by his loving family. The last weeks of his life were so hard as he became dependent on his dad, Harriet and me for absolutely everything, needing 24-hour care; yet he never complained and always had a smile for visitors – of which there were many – no matter how bad he was feeling.

William died on 11 August 2017, surrounded and encompassed by love. His last word was ‘Harriet’.

Research into brain tumours is so underfunded yet brain tumours have such a dreadful impact on families. We supported Ali’s Dream and Brain Tumour Research even before losing William. 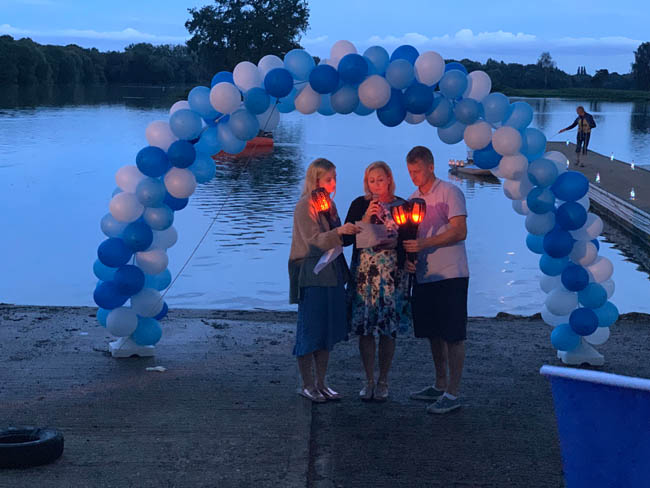 We launched The William Low Trust, a Member Charity of Brain Tumour Research, on the second anniversary of losing William, to help bring an end to the devastating impact of brain tumours on patients and their families.

“We will remember William in all that we do to ensure that his short life has a positive impact on others and helps to give those diagnosed the opportunity of surviving a brain tumour through research and improved treatment.”

If you have been inspired by William’s story, you may like to make a donation via https://www.theWilliamlowtrust.co.uk/support-us or leave a gift in your Will via www.braintumourresearch.org/legacy Together we will find a cure. 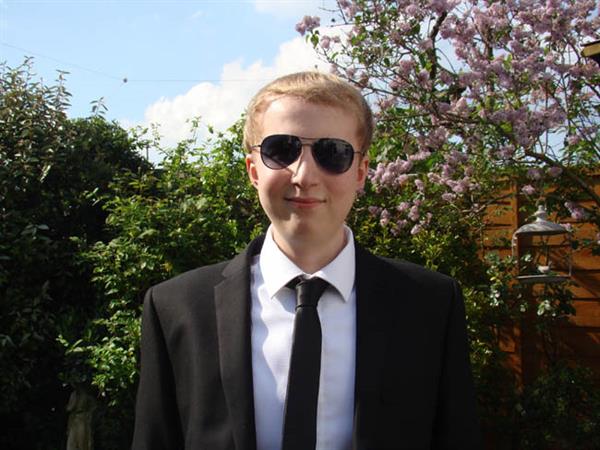