Taylan was an incredible boy who was sadly taken away from his family on 19th August 2009 at the age of just seven. He was a special little star full of love, warmth, joy and laughter. Just 10 months before he passed away, he was diagnosed with a rare form of brain tumour located in the brain stem. In January 2010 his family set up a Brain Tumour Research Fundraising Group and founded Taylan's Project
Taylan was our first child and was born on 10th May 2002. He was our special little star who was brought into this world to share his love and warmth.  Such a beautiful and calm baby that lit up our world. He became a `big’ brother at the age of 3 and then again at 5 and he looked after his baby brothers, always protecting them from any harm or danger.  We were a perfect happy family with a normal life full of love, laughs and enjoyment.

Taylan was a very intelligent child with maths being his strongest subject and he loved his friends, football and had a great determination to do well.

On 19th October 2008, we noticed Taylans eye was not looking quite straight and thought he may just be tired after yet another busy weekend.  The next day, he was in floods of tears at school but he could not explain why.  I decided to take him to the opticians after school but they found nothing so sent us on our way.

On our way back to the car park, we were waiting to cross the road and Taylan shouted suddenly `wait mummy, there is another lorry coming!’ When in actual fact there wasn’t.  He was seeing double.  I knew something was not right and the next day I took him to our GP and then an opthalmist who referred us to the hospital.  Taylan was examined there and booked in for an MRI scan on Friday 24th October.  He cried before going in and said he was scared.  We reassured him that nothing was wrong and that the doctors just wanted to make sure everything was OK.  After all, this is what we were told and never in a million years were we prepared for the news we were about to hear.  Taylan had a brain tumour.

I asked the doctor if he was going to be OK and he just put his head down and said `I am sorry’.  This could not be happening, after all, this is what you hear about or watch on the news – right?  We left the hospital in absolute shock not knowing what we were going to do.  Taylan said `mummy, what did they say?’ I told him `they found a little lump in your head sweetheart, pressing on a nerve that goes to your eye and that it should not be there.  The doctors are going to try and fix it.’ He believed me.

From this point on, we only had one goal.  To help save Taylan.  We searched the internet for causes, cures, treatments and spoke to every specialist in the world we were aware of.  Whether this was medical professionals or alternative therapists.  Tragically, there was absolutely nothing that could be done.

Immediately after being diagnosed, Taylan started 6 weeks of radiotherapy.  Watching him go through the procedure was the worst feeling ever.  He hardly complained and went to school full-time apart from his appointments.  Radiotherapy finally came to an end on 23rd December 2008 and we had a very quiet Christmas at home – just the 5 of us.  He was so full of energy and was looking forward to his family holiday in January which was amazing.  Over the next few months, we had some magical holidays and special days out.

When he had another MRI scan in April we were told the tumour had shrunk which was good news, but it was still there.  Taylan kept asking about `the lump’ but never knew the severity as we always lived in hope and felt that we would find the `miracle cure’.  How do you deal with something like this when you are an adult let alone a child?  In May, he had squint surgery to correct his eyes enabling him to see properly again.  He thrived as time went on and was doing really well, bursting with energy and always happy.  Looking at him, you could not tell anything was wrong.

In late June 2009, we started noticing some very minor changes with his eyes again.  He was booked in for another MRI in early July and whilst the tumour was not classed as progressing it had changed shape.  The doctors were going to monitor it closely and we were told that we could go on yet another holiday which we had planned.  When we got back on 2nd August, things started taking a turn for the worse.  Taylan was having trouble with his speech and balance.  On the evening of Friday 14th August he struggled to breathe and was taken into hospital for observation.  His breathing improved and we came home after an hour in A&E.

On Saturday we went blackberry picking and on Sunday early evening he said he was struggling to breathe again.  I asked him if he wanted to go to the hospital and he said `are they going to make me better?’ I said `they will try.’  So we went off and they kept him in overnight so the doctor could see him in the morning.  After some observations and X-rays, they decided to fit a tube in to help with the feeding as this was now starting to become difficult.  Taylan was a very proud little boy and did not want it but we had no choice.  We were told we could go home in a few days, once they had shown us how to feed through the tube.  On Tuesday he had some visitors including his friends, brothers and family.  That night his oxygen levels dropped and he battled throughout the night.

Sadly, Taylan passed away on Wednesday morning 19th August 2009 in our arms.  The battle was never his to be won and his loss has left behind so much pain and confusion amongst ourselves, his two little brothers, family, his friends and within our community.

DIPG slowly robs children of their motor functions resulting in partial paralysis, loss of voice and sight and finally ending with an inability to eat or breathe.  Children are normally fully aware of their decline often until their last day.

Taylan thankfully had a very normal life up until his very last days but it was heart wrenching and painful to watch as we could not do anything.  During his final hours, his eyes just looked at us begging for help.  This was the worst feeling ever because as a parent you are supposed to look after your children and protect them from any harm or danger.

Taylan was a very bright, caring, sensitive and loving child that touched many peoples lives and will continue to do so.  He was an inspiration to us all and took pride in everything he did.  We miss him so much and life is not the same anymore without his smile and cuddles.

We love you Taylan and miss you lots. 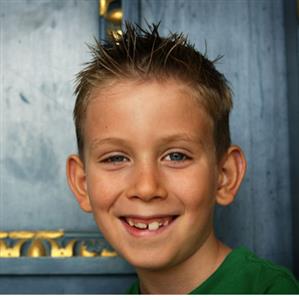