Father-of-two Stuart Edwards, from Devizes in Wiltshire, complained of ‘aching eyes’ two months prior to his shock diagnosis with a grade 4 glioblastoma multiforme (GBM) in April 2021.

After multiple surgeries, radiotherapy and chemotherapy, Stuart’s body began to grow weak from his treatment and his seizures returned. After an MRI scan confirmed the cancer had spread to his spine, Stuart received palliative care and he died aged 52 on 8 October 2021 in John Radcliffe Hospital in Oxford, with his loving family by his side.

Stuart loved his online gaming. He’d be at the screen for hours at a time unless he was trying to cut down on screen time. He also worked with computers as a regional sales director for a software company but he always made time for his family and he loved our girls, Maddie, 20, and Izy, 17. We’d go on holiday twice a year as a family and as much as we loved to travel, Stuart was a homebody and loved being in the Wiltshire countryside. 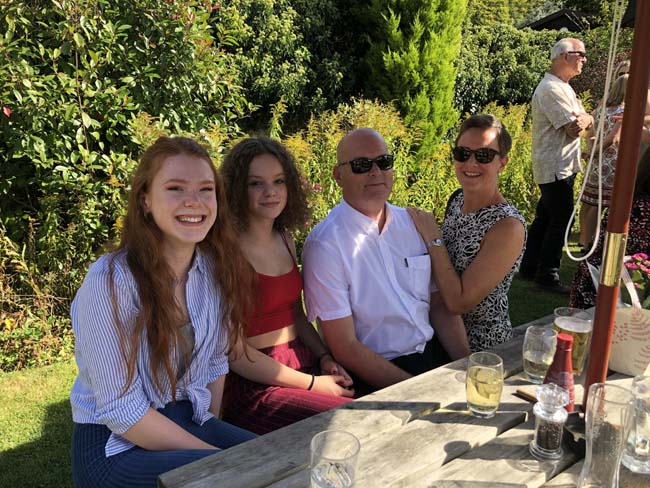 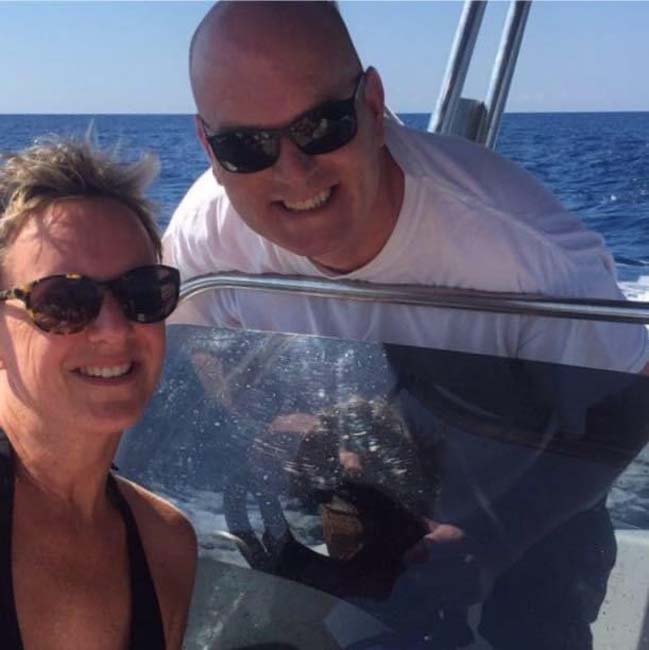 Stuart started getting headaches in February 2021. He would also get pain in his neck and the headaches developed into migraines, meaning he would need to lie down in the dark until he felt better. This was unusual for him – he’d never suffered from headaches before.

A month later he was seeing sparkly lights moving across his vision. No matter how many eye tests he had, none of his glasses prescriptions would correct his blurred vision. He was struggling to use the computer for work, let alone gaming.

During the COVID-19 lockdown, Stuart had an appointment with the GP over the phone and was referred to a local clinic for physiotherapy. At this point the headaches had progressed to vertigo, unsteadiness on his feet and he began to have seizures. The physio didn’t help and acupuncture, which we paid for privately, would only offer temporary relief.

At this point, Stuart’s mental health meant he was very anxious and walking about was challenging, leaving him to feel like he would collapse at any moment.

“It was the middle of April before he could eventually attend an in-person appointment with the GP, who noticed pressure behind one eye and advised us to go to A&E.”

We went straight to the ambulatory care clinic at Great Western Hospital in Swindon, where a CT scan showed his chest and spine were clear but an MRI scan revealed a 3cm lesion on his brain and we were told he would need surgery. 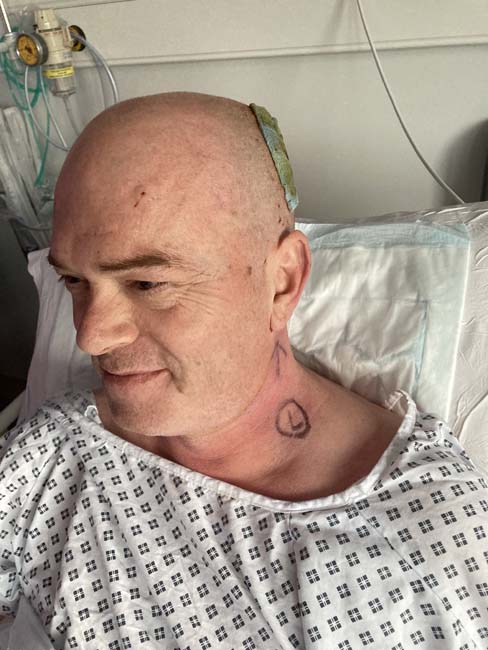 They told Stuart first and he was probably a little confused and then when I went to visit him, the doctors told me he had a brain tumour and I was completely shocked. We never expected such a terrifying diagnosis. I don’t think anyone ever does. All we were told is that it was quite serious and likely to be a glioblastoma multiforme (GBM).

After a two-week stay in hospital, he was given medication that would help ease the symptoms he had been experiencing for months.

A video call with one of the surgeons at John Radcliffe Hospital (JR) in Oxford confirmed the tumour was a GBM, which we knew meant it was aggressive.

On 14 May 2021, Stuart had an awake craniotomy and surgeons removed as much of the tumour as they safely could. During this procedure, Stuart was shown pictures on an iPad and asked questions about them to ensure healthy brain tissue wasn’t being damaged. After surgery, there was a huge improvement to his balance. 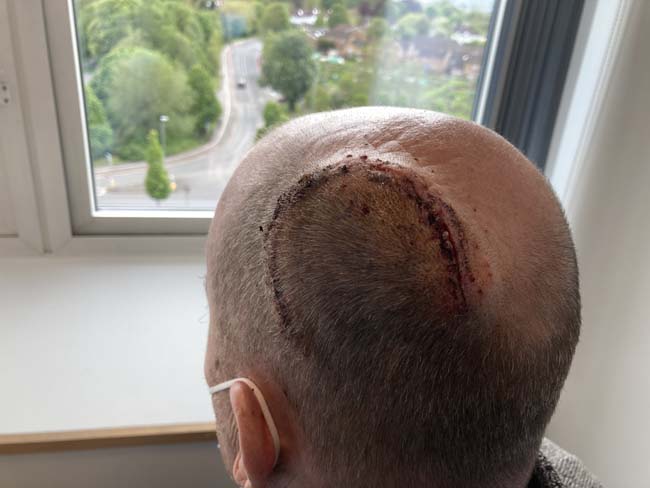 “The consultant explained there is no cure for this type of tumour and that any treatment would be to control it for as long as possible.”

At no point were we given a prognosis, I remember having a piece of paper handed to me by the oncologist, which I took to Citizen’s Advice Bureau and a cancer support worker said it was a form to apply for practical and financial support and indicated Stuart is likely to die within six months. That was devastating.
The girls were of an age where they understand and can look things up on the internet and our eldest daughter, Maddie, would share the results with me because I was too scared to look myself. I think being prepared in that way helped us because we knew what we could expect. 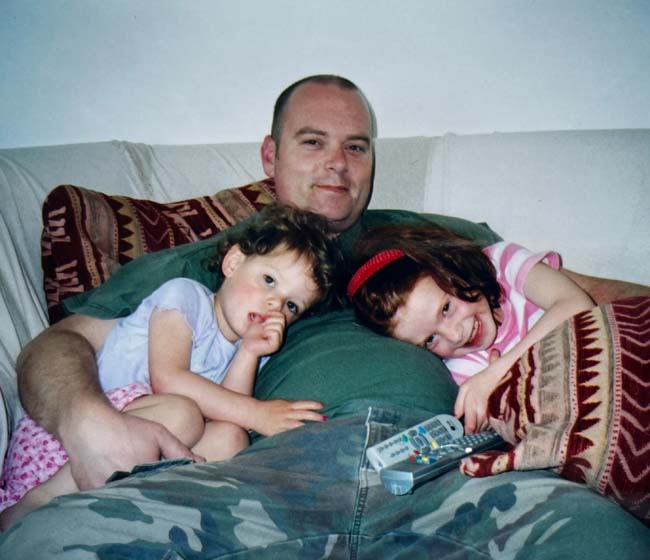 Ten days after surgery, over the May Bank Holiday weekend, Stuart had to go back to the JR, where he had two lumbar punctures and a VP shunt fitted to drain the build-up of fluid on his brain after his operation.

He was recovering well until his seizures became more frequent and in early July, when he was due to start chemotherapy and radiotherapy, he had a seizure which lasted longer than usual, leaving him unable to speak or form words coherently. He was taken to Swindon Hospital where he had multiple seizures which lasted more than 40 minutes.

Stuart could finally start his treatment in the middle of July and during this time we stayed at a guesthouse in Oxford for six weeks so we could be close for his treatment. Otherwise it would have been a 90-minute journey each way. Treatment ended in August, the same day of our youngest daughter’s 17th birthday.

Over the course of the next few weeks Stuart grew weak in his legs and arms and he became bed-bound. Every time he was due a visit from staff of the local hospice, he was admitted to hospital because he would have a seizure that lasted more than five minutes.

By the time September came round, Stuart started collapsing. I was in constant contact with the specialist nurses and they advised me to speak to the triage department. Triage was difficult to make contact with, so I would leave a telephone message, but rarely did they call back. Nobody seemed to know how to help. It very much felt like because treatment had ended, we were dealing with all the continuing symptoms on our own.

Over the next month he had several more operations to flush the shunt which was getting blocked with proteins from the tumour repairing itself. Stuart became too weak for further treatment and towards the end of September a follow-up MRI scan showed the cancer had spread to his spine. The oncologist confirmed Stuart wasn’t strong enough to continue with treatment and he was placed on palliative care.

I want to raise awareness to help find a cure so we can detect brain tumours early and accurately. Maybe if there was a better understanding Stuart’s story may have been different.

On Friday 8 October, Stuart died peacefully at the JR, after putting up one hell of a fight to brain cancer for six months. He was surrounded by his two daughters and me. Our beloved Stuart will be missed forever, but never forgotten.

If you would like to donate to Melanie's 10,000 Steps A Day in February Challenge to help fundraise for Brain Tumour Research, please click here. 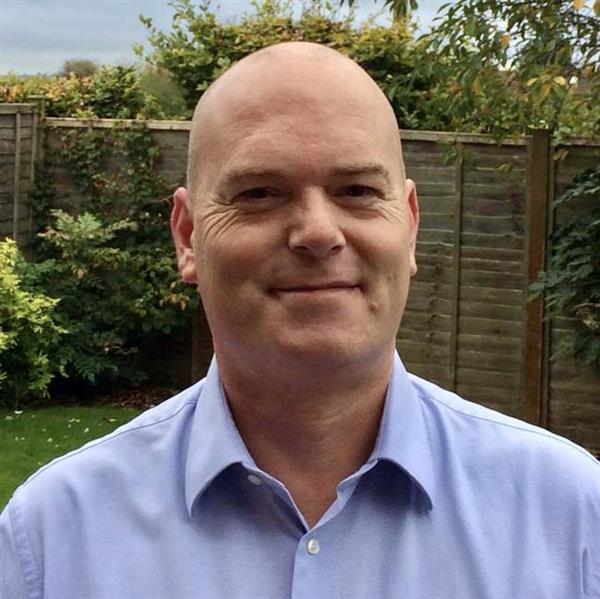