Steve Dixon, from Bradford in West Yorkshire, was a fit and healthy 57-year-old, who enjoyed playing golf and football, when, in March 2019, his life was turned upside down by a brain tumour diagnosis. Steve’s tumour was an aggressive glioblastoma multiforme (GBM). The BT Openreach engineer and grandfather-of-three had radiotherapy, chemotherapy and two brain surgeries but eventually, his treatment options ran out. He died on 9 January 2021, aged 59, leaving his family devastated.

Steve and I met nearly 13 years ago, when I was working as a care assistant in the nursing home where his aunty was staying. He was a fit and healthy man, who loved nothing more than a game of football or a round of golf. He didn’t smoke and only drank socially. He was the picture of good health

In March 2019, he noticed one morning that he was lacking co-ordination in his left hand and had some numbness and tingling as well. It came on very suddenly, so he went to the doctor the same day and was told he may have had a stroke. They sent him for a CT scan and that’s when they found a ‘mass’ on his brain.

“He then went for a more detailed MRI scan, which confirmed a brain tumour. It was such a huge shock; neither of us could believe it.”

Four days later, Steve was back at Leeds General Hospital (LGI) for a craniotomy to debulk the tumour. His neurosurgeon, Mr Simon Thomson, was brilliant. Steve coped really well with the surgery. I didn’t know what to expect when I went to see him afterwards but I found him sitting up having a cup of tea and a sandwich. He was so brave and never complained about anything.

The biopsy from the operation confirmed that Steve’s tumour was a glioblastoma multiforme (GBM). I’d heard of this tumour-type before and knew it was bad news. The average survival time is devastatingly short – just 12-18 months. The diagnosis also meant that he would have to undergo a course of radiotherapy and chemotherapy. He did really well with his cancer treatment, sailing through it with barely any side effects.

We got married in August 2019. It was a lovely, hot summer’s day and we had the best time. Around 80 guests joined us to celebrate at The Old Barn at Esholt. Our wedding favours were Brain Tumour Research brooches. It was such a wonderful occasion and I’m so glad we did it before Steve became ill again. 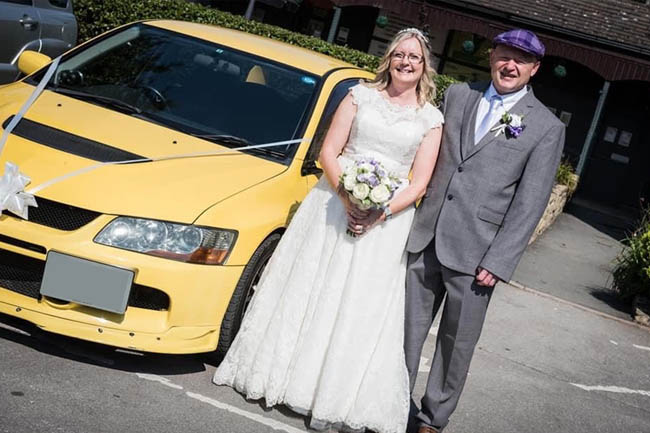 After finishing his treatment, Steve bounced back and stayed well for a year or so. In March 2020 however, just a year after his diagnosis, a routine scan revealed tumour progression. He went into hospital for more brain surgery just before the UK locked down at the beginning of the COVID-19 pandemic. Again, he got through the surgery without any complications but this time, I was unable to visit him in hospital, because of the coronavirus restrictions.

After he was discharged, Steve underwent a second course of chemotherapy. Sadly, it didn’t work. His post-treatment scan showed evidence of more progression and he was told that, devastatingly, there was nothing else they could do for him. In August 2020, he got referred to the palliative care team and with their support, I cared for him at home.

“There was never any doubt that when the time came, I would look after Steve myself. As a carer in a nursing home, I knew what to expect and how to make Steve’s final months as happy and as comfortable as possible.”

Over time, Steve’s disease began to affect his left side more and more. He had to hold on to furniture as he walked around, to steady himself. Eventually, he needed a walking stick and then a frame. We live in a three-storey house and we had to make several adaptions, including two stair lifts, a shower chair, commode and grab rails. By the autumn, he needed a special bed, which we had installed upstairs.

The last few weeks of Steve’s life were really difficult. My sister Carol took two weeks off work and came to stay with us to help. We tried to make life as fun as possible in the hardest of circumstances. I remember laughing lots during that time, as we did our best to keep Steve’s spirits up. Steve and I had spoken about his dying wishes. He said he wanted all his family around him and his beloved dog Milo on his bed. Milo is a four-year-old lurcher whippet cross rescue dog. He was Steve’s shadow and would follow him everywhere. 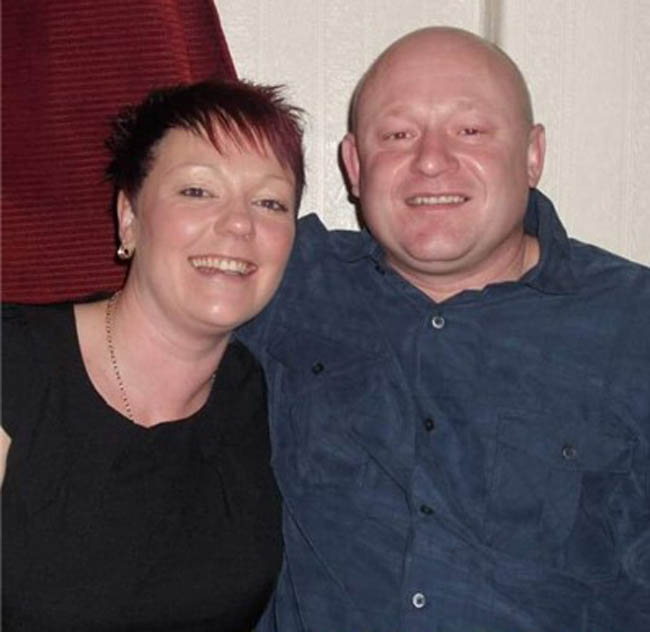 “We had one last Christmas with Steve but he passed away on 9 January 2021. He was where we wanted to be; at home with me by his side.”

His son Shaun, daughter-in-law Laura, his sister Karen and sister-in-law Carol were all there too, as well as a couple of close friends and his faithful dog Milo, who never left his side the whole time he was poorly. He howled and cried when Steve died. After we lost Steve, Milo wouldn’t go into his bedroom for weeks. It was heart-breaking to see how much he missed him. He has been such a wonderful support to me though and I know that If I didn’t have Milo, I wouldn’t want to be here

Steve also left behind three lovely grandchildren; eight-year-old Hollie, six-year-old Lily Mae, and Oliver, who’s five. They used to call him ‘Silly Grandad’, as he was always joking around and having fun with them. He adored being a grandad and would’ve loved watching them all grow up. 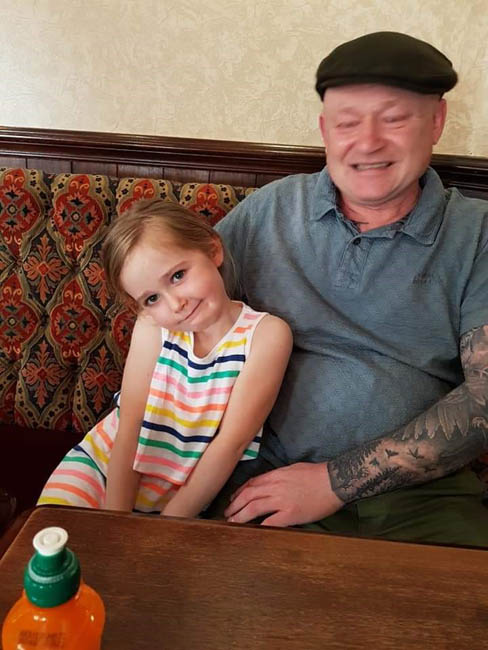 Steve’s funeral was restricted to just 18 mourners inside the crematorium and 12 outside. A lot more people turned up but were unfortunately turned away. He had so many friends through his football, golf and his colleagues at BT.

“I am planning a big celebration of Steve’s life at the end of November 2021, when hopefully everything will be back to normal. It will coincide with what would’ve been his 60th birthday.”

I went back to work in March. I love my job and it’s a big part of my life. I work with dementia patients and really missed them when I stopped working to look after Steve. Luckily, the company I work for has been brilliant, supporting me throughout Steve’s illness and welcoming me back when I was ready to return.

Last year, I did a raffle to raise money for Brain Tumour Research. We collected for the charity at Steve’s funeral as well and the donations totalled £561. I have also set up a direct debit to make a regular donation to help this worthy cause. Through my own tragic experience, I became all too aware of the terrible statistics surrounding brain tumours and the lack of options for patients like Steve. I want to do all I can to help ensure other families are not torn apart by this terrible disease. 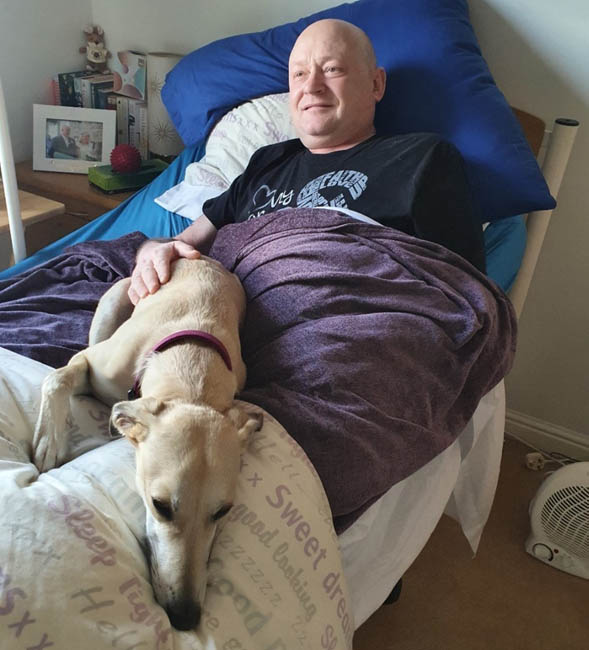