Loving wife and mother-of-four, Rashpal was diagnosed with a grade 3 anaplastic oligoastrocytoma brain tumour in 2009 after suffering with double vision. She underwent repeated surgeries, radiotherapy and chemotherapy, surviving for 10 years after diagnosis. It wasn’t until her last year of life that Rashpal experienced a dramatic decline in her health.

Her son Taranjit (known as TJ) tells her story…

As the youngest of Mum’s four children and her only son, it’s perhaps not surprising I had a special deep bond with her – I felt I could read her mind, even towards the end when she was very ill and could barely speak. Mum was always a happy person who loved dancing and music and together we enjoyed playing Xbox and watching TV shows.

Mum was so positive and loving and when I was growing up, and sometimes a reckless and arrogant teenager, she always had my back. Her positive presence was contagious and she even experienced random strangers approaching her because of her warm attitude.

Mum encouraged my love of travelling, hiking and mountain climbing and always wanted to hear all about my adventures when I returned home. I suffer with anxiety and mental health problems and she understood that I found serenity and stillness in the mountains. 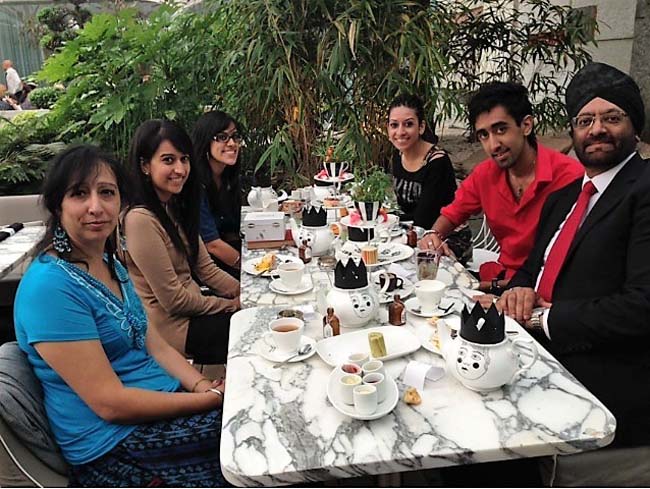 The first real sign Mum had that anything was wrong was when she started suffering with double vision in 2009. However, she had suffered with terrible migraines since she was 16 years old. My sisters and I all remember days when she would lie down in the living room with the curtains drawn because she felt so ill.

Mum went to the optician and also the GP about her vision and also about the fact that her migraines were getting worse. My younger sister had a scary experience when my mum was driving and seeing cars that weren’t there.

Eventually Mum was referred to a neurologist and had a scan which revealed an abnormality. In the late spring of 2009, Mum was told she had a grade 3 brain tumour in her left frontal lobe which could have been growing since she was a teenager – hence the migraines.

“Either she didn’t appreciate the severity of the brain tumour, or she didn’t want to worry us, but she was adamant she would have the operation and that would be that – the tumour would go away.”

So certain that she would soon be back to normal, right before her surgery Mum was writing a shopping list to do as soon as she was able following her discharge from hospital.

The craniotomy went ahead and surgeons successfully removed all but 5% of the tumour, which turned out to be an anaplastic oligoastrocytoma, a mixed glioma tumour containing both oligodendroglioma and astrocytoma cells, so Mum underwent radiotherapy, which stabilised the tumour for a few years.

Mum wasn’t allowed to drive and went regularly to a local hospice for therapy, including specific exercises to help her regain her mobility and speech.

Having previously worked as an accountant and banker, Mum now kept herself busy doing voluntary work for the British Heart Foundation and in the maternity ward at Watford General Hospital because she loved babies.

Mum encouraged me to go to Australia on a gap-year hiking adventure after leaving university. While I was away Mum became ill, although she continued to call me often.

“In May 2016, after a scan revealed regrowth and while I was on the other side of the world, Mum underwent an awake craniotomy, followed by chemotherapy, which she found particularly brutal. She lost her appetite and was exhausted all the time.”

She was going to have a shunt fitted later that year, but it was put off because she was ill. 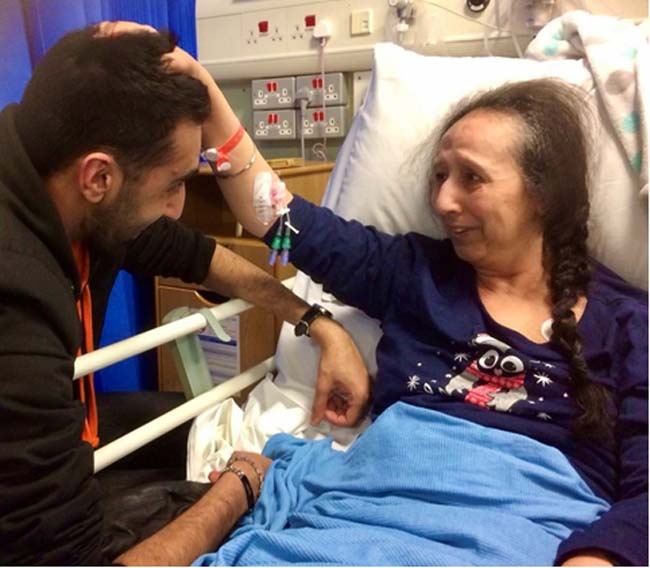 Mum had further surgeries and in 2018 we noticed her appetite was slowly shrinking. I would encourage her to eat but sometimes she just couldn’t. I remember covering up for her though by getting rid of her milk shake in a plant pot when she couldn’t finish it! But she was still laughing and talking with us all, dancing and enjoying listening to music.

By February 2019, Mum was really starting to deteriorate and gradually lost her independence. Her personality, however, shone through right up until the last couple of months of her life.

She was losing her abilities; first her mobility became very slow and laboured and we had to fit a stair lift, and then she had a stroke on the left side and she was no longer able to get out of bed. She also lost her ability to communicate and we had to change, feed and wash her.

“The doctors said she wasn’t in any physical pain, but I could see from looking at her eyes that she was in immense emotional pain.”

Mum passed away on 11 May 2019, aged 57. She had fought her brain tumour for 10 years and two days, radiating energy, always happy, upbeat and smiling. 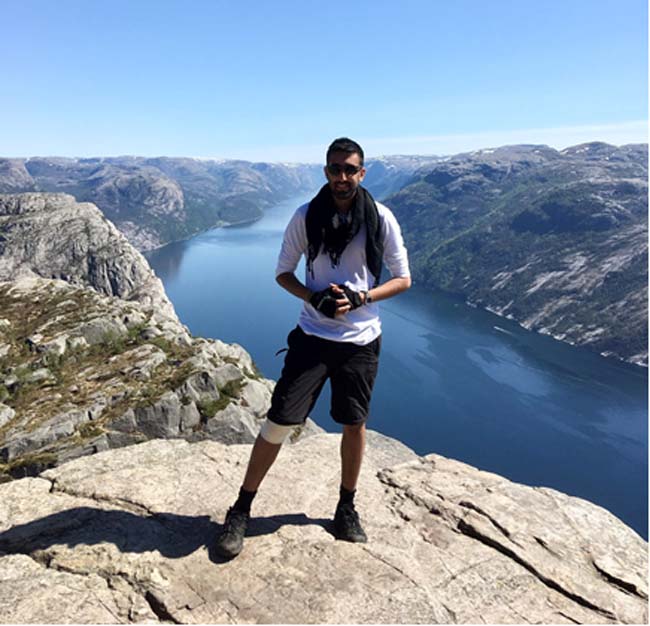 Since losing Mum, I have become a dedicated supporter of Brain Tumour Research and had planned to travel to the USA last year to hike Angels Landing, often regarded as one of the world’s most dangerous trails, to raise funds for the charity, but sadly this was thwarted by the COVID-19 pandemic. However, I did lead a group of work colleagues-turned-friends up England’s highest peak – Scafell Pike in September 2021 in Mum’s honour because it was Mum that had pushed me to start hiking.

“I have since set up a Fundraising Group which I have called Ascension because most of my fundraising events will centre around hiking and climbing mountains and because I don’t feel that my mum has passed away, more that she has ascended and is watching over me. I hope that I can also raise mental health awareness and help people struggling with their mental health too”

I want to help fund research so that other families don’t have to go through what mine has. 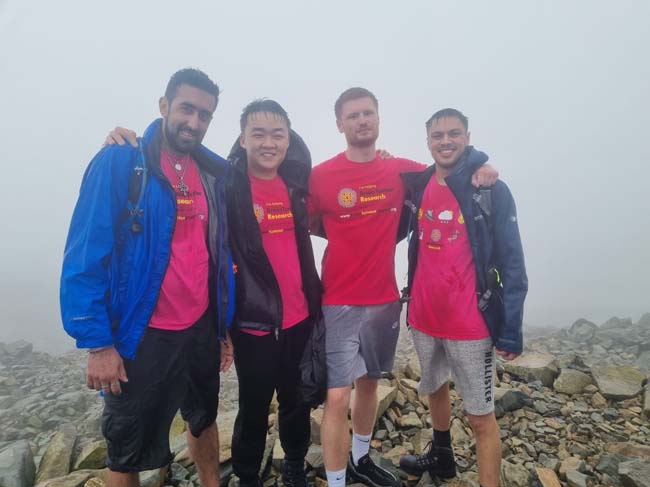 Alternatively, you can text Ascension to 70085 to donate £5 to Brain Tumour Research. Texts cost £5 plus one standard rate message. 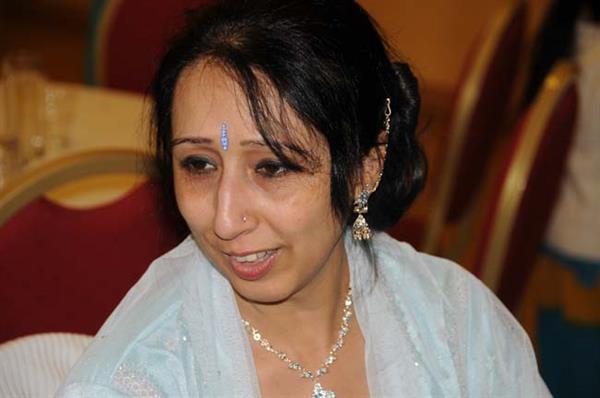