Father-of-five Mick Hansford, from Portsmouth in Hampshire, was driving his car when he first started to experience numbness down the left-hand side of his body. He was admitted to hospital and told he had suffered a stroke. Four months of hospital visits and admissions led to a series of misdiagnoses before a biopsy discovered Mick had a grade 4 glioblastoma multiforme (GBM). At the end of his radiotherapy and chemotherapy treatment, he contracted COVID-19 and was placed on a ventilator. After returning home and learning to walk again, Mick sadly lost his fight against his brain tumour on 13 May 2021.

Here is Mick’s story, as told by his widow, Jackie…

When Mick and I met in 1991 he already had two young daughters, Victoria and Rebecca. He came from a big family and a year after we met we started our own family and had three children of our own. Harry is now 29, Georgie, 27 and Elizabeth,12. Mick was a much-loved grandad to Enzo, who is now four, Arnie, seven, Ted, 10 and Courtney, 19. We are all really close and would often spend time together as one big family. 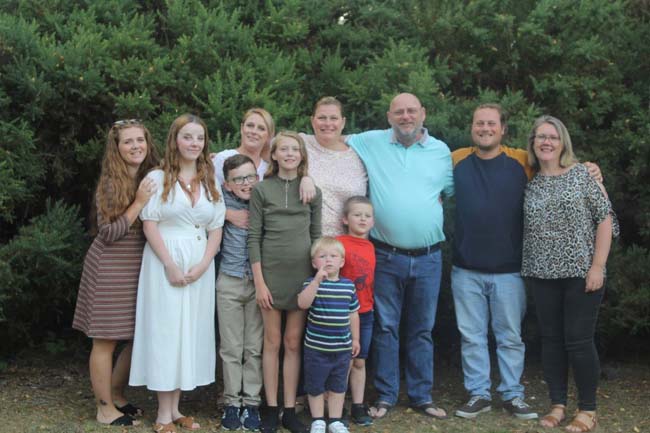 We loved to travel together and during 2019 we had already visited Florida, New York and Cornwall. In October, we went to China to visit our son, Harry, who was over there working and it was during that trip that Mick first started to notice his symptoms.

Whilst we were in China, I remember Mick commenting about feeling a bit ‘groggy’, and a strange feeling on his left side. I suggested he contact the doctors on our return and then we didn’t think much more of it.

Over the course of four months, Mick was in and out of hospital with his symptoms. On the first occasion he was told he had suffered a stroke and was given blood-thinning medication. On another occasion, he was diagnosed with transient ischaemic attacks (TIAs) and they also thought he had focal epilepsy caused by his stroke. Finally, in January 2020, he was given a scan which revealed a brain tumour. 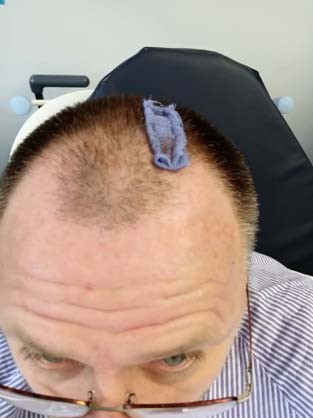 We had to wait a couple of weeks at Southampton General Hospital for the blood thinners to work their way out of his system so he could have a biopsy, and on 26 February we were told Mick had a grade 4 glioblastoma multiforme (GBM) and the prognosis was nine months with palliative care.

“We felt cheated, like we’d been fobbed off because of the misdiagnosis.”

Mick was incredibly positive, he said he was going to fight it. He had one month of radiotherapy at Queen Alexandra Hospital in Portsmouth and then six cycles of chemotherapy before having another scan again in three months’ time. 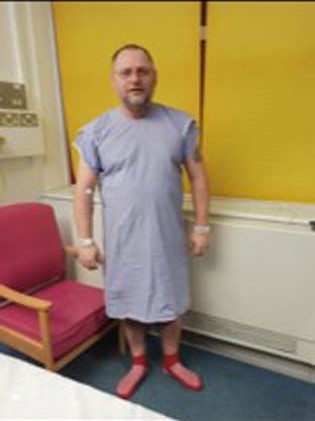 The children coped really well with the news but having to tell our youngest, Elizabeth, who was just 10 at the time, we were terrified. You just don’t know how long we had and we wanted to be honest. Mick was crying and I just remember Elizabeth saying: ‘don’t cry Daddy, it’s not your fault’.

“At the beginning of November 2020, Mick caught COVID-19 and was back in hospital where he spent 28 days on a ventilator.”

Mick was a huge fan of Portsmouth Football Club and whilst he was in hospital with COVID-19, he had a surprise video call with a Pompey Captain, Tom Naylor, which really lifted him. I was allowed to see him for a couple of weeks because he was so confused and disorientated, and we had Christmas dinner in the hospital. 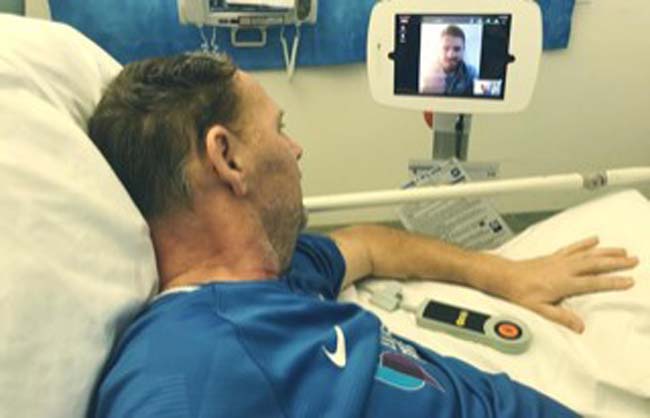 He had to re-learn how to walk when he came out of hospital on 6 January 2021, going from a Zimmer frame, to a walking stick and then finally walking unaided.

He was doing amazingly well until a scan in March revealed a patch of redness, which doctors couldn’t determine if it was further growth or scar tissue. In any case, Mick was too weak to have any further treatment.

As he became more poorly, his mobility decreased and he was back to using the Zimmer frame to move around. An occupational therapist came round and helped us with a care plan, which she said we’d probably need for the next 12 weeks.

Just 13 days later on 13 May 2021, Mick passed away surrounded by all of his family whilst listening to his favourite artist, Joe Jackson.

I asked the consultant if there were any trials Mick could go on and we were told about one at the Royal Marsden Hospital in London. We were waiting to hear back from the team as they were looking for a certain marker on his scan to check if he was eligible for this particular trial but he didn’t have it. I think that gave us a bit of hope for a while.

It’s been hard, we are all gutted and wanted longer with him. On 1 January 2022 it would have been Mick’s 60th birthday, and we’ll be taking on our own Walk of Hope to fundraise for Brain Tumour Research. Our hope is that the money raised will help fund research with the ultimate goal of finding a cure for the disease so other families don’t have to go through the same thing. 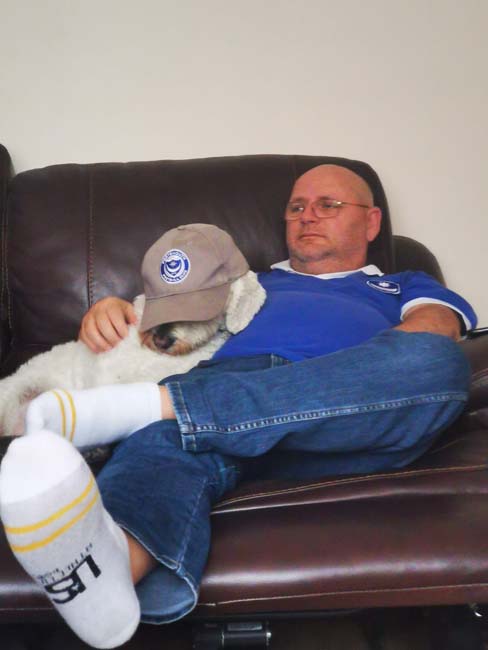