Michael Crayford, of Gillingham in Kent, was diagnosed with a rare immature teratoma, a type of intracranial germ cell tumour (GCT), in September 2016 after suffering with sudden headaches, blurred vision, sickness and balance problems. He underwent five brain surgeries, intensive chemotherapy and radiotherapy but died six months later, in March 2017. He was just 13 years old.

Here is Michael’s story, as told by his mum Carole …

Michael was diagnosed in September 2016. He’d only been back at school for three days when he started complaining of having headaches and blurred vision. It came on so suddenly that I took him straight to the doctor, then to the optician and finally to the A&E department at the Medway Maritime Hospital in Gillingham, but no one could find anything wrong so I had no option but to take him home. The next day he got really bad; he was vomiting and couldn’t balance properly, and he wasn’t a boy who complained or got ill often, so I took him back to A&E. I told them I knew he wasn’t right and I refused to leave until they did tests at which point I was challenged with ‘oh you’re a doctor, are you?’ Finally they relented and did a CT scan and the woman came out looking really ashen and said: ‘we’ve found a brain tumour’. 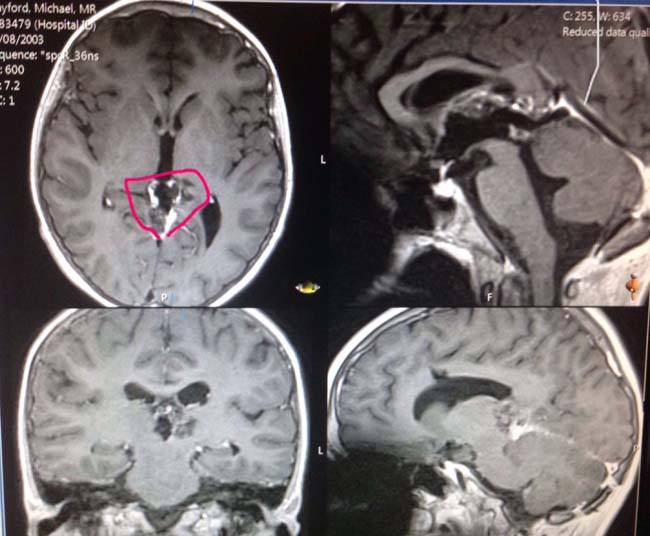 Michael was someone who always looked for the positives in any situation so, when I told him about the tumour, he said: ‘I have got a brain then?’ I rang my husband, David, at work and he told me he was too busy to talk. ‘You won’t be too busy for this’, I said, ‘Michael’s got a brain tumour’. They rushed our son to King’s College Hospital in London where they shaved his head in preparation for surgery the following day. They said they wanted to look inside his head to see what they were dealing with. They were also able to relieve some of the pressure on his brain and take a biopsy, which is how we found out he had a rare immature teratoma, a type of intracranial germ cell tumour (GCT).

“I was blinded by all of the science and found the terminology difficult to understand.” 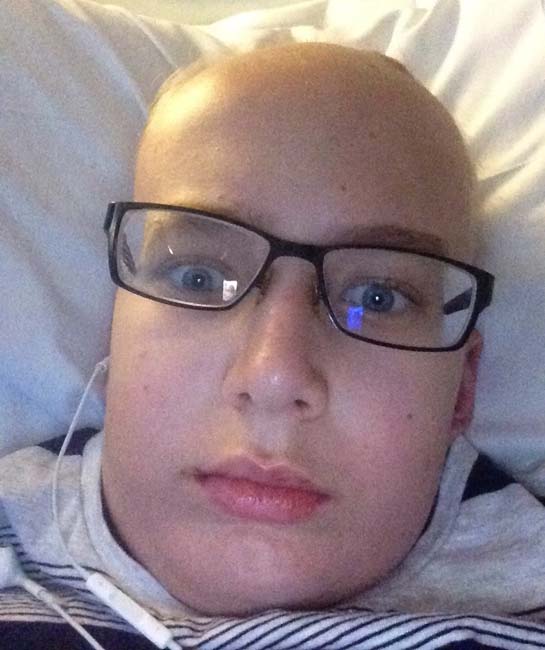 Within the week Michael had started five days of intensive chemotherapy at the Royal Marsden in Sutton, Surrey. At King’s he had a total of five debulking surgeries lasting 12 to 14 hours; each time it grew back more rapidly so they kept removing as much of it as they could. Their theory was that his tumour was growing so quickly because he was growing so fast as a teenager. The surgeon said that he learned a lot from Michael because he had never seen his type of tumour before. 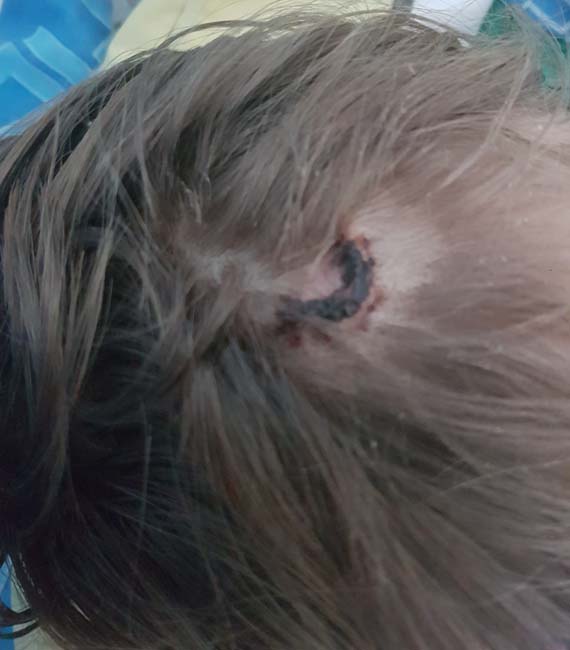 They decided to give him radiotherapy, which was quite intense because he had to be refitted with a face mask four times because the steroids he was on were causing his face to get bigger and bigger. Then we got taken to what we used to call the ‘room of doom’ because that’s where they always gave us bad news, to be told they thought Michael should have a rest because there was nothing more they could do. Going home to tell our twins, Rebecca and Alex, was awful. Michael was two and a half years older and so loving towards them that sharing that news was very hard and not something I ever thought I’d have to do. 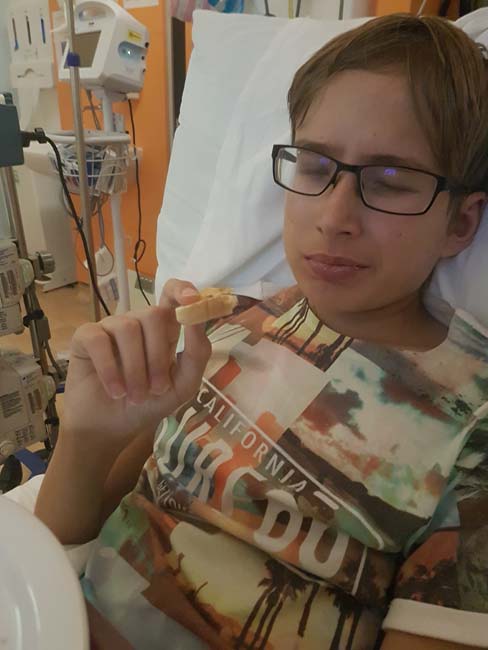 “We could have kept on going, I guess, but that was no life for Michael.”

It was hard but we had to do the right thing by our boy. We had 13 amazing years with him before he passed away on 29 March 2017. They said they were going to turn his machine off and let him pass naturally and, thankfully, he went really peacefully and both David and I were able to be there when he did. Lots of people came up the day before to say goodbye, including the midwife who delivered all of my children, including my first who was stillborn. She is also their godmother and I told her she had brought Michael into the world and had to be there to say goodbye to him. It meant a lot to me that she drove from Suffolk to do that. 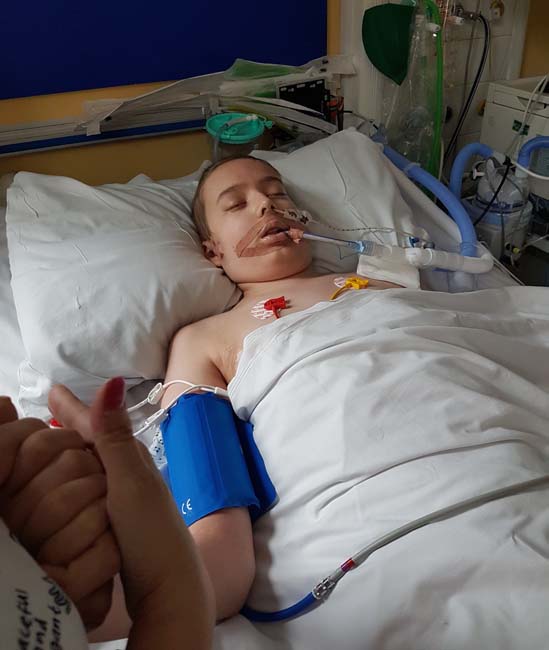 “I look back now and wonder how I did any of this but somehow you find the strength, especially when it’s your child.”

I lost count of the times I came over faint and almost passed out because I wasn’t looking after myself properly. I was tired from not sleeping, stressed about all the changes with Michael’s condition and I often forgot to eat. It was a case of David and I having to juggle looking after the twins with managing Michael’s care and taking it in turns to sign the consent forms for his operations. But he was so strong. He used to tell me that, if he didn’t make it out of surgery, he was the only one who knew what my heart sounded like from the inside and to remember how much he loved me. I don’t think he knew too much about what was going on at the end, which I’m glad about because it was really very intense. I find now that having my twins helps get me through the worst days, and David is absolutely wonderful too. I know I’ve got to carry on because I can’t let Michael down. 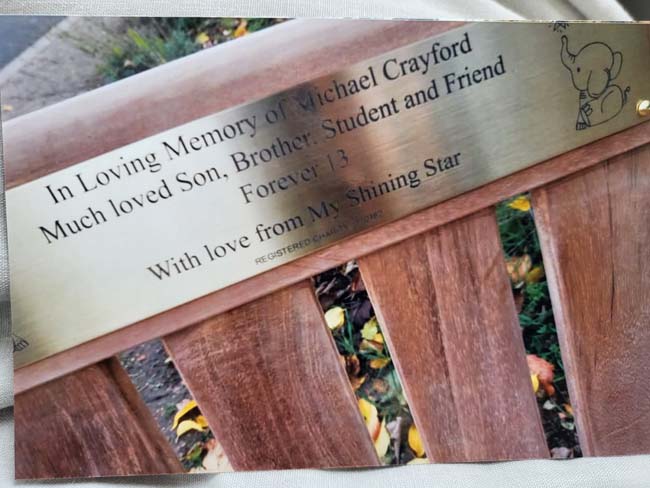 About six months after Michael’s death, the school he went to, the Robert Napier School in Gillingham, installed a memorial bench in his honour. It was funded by local charity My Shining Star so that anyone can visit it and think of him; our son Alex can often be found there. My tributes to Michael include a unicorn tattoo that he designed, which I have on my right arm. He made me promise I’d get it whether he lived or died so I had to have it. I also have his name tattooed on me and a Lego brick and a bike, which are things he really enjoyed doing, and a message saying ‘what doesn’t kill you makes you stronger’. 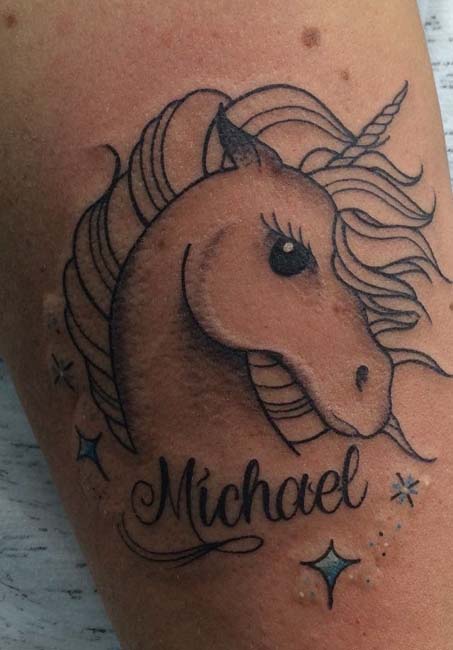 “On the anniversary of Michael’s death, we go to Herne Bay, on the north coast of Kent, which was his favourite place.”

We head down, play on the pinball machines, have fish and chips by the sea and an ice-cream just to remember him and reflect because he loved to do all of that. He was total mischief, but in a good way, and he shared my sense of humour. His eyes were as blue as anything and he had blond hair; he could give you a look that made you melt. He was so caring and easy-going, just a dream child really. It’s been five years since he died but sometimes it still feels like five minutes. The grief never ends but some days are better than others. I used to be someone who hid my grief but now if I want to be kind to myself, I will and if I need to shut myself away, that’s what I’ll do. I find that colouring and writing help too. 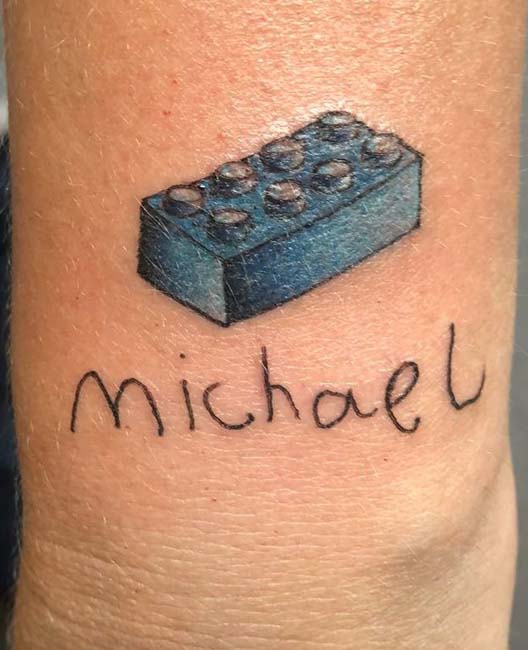 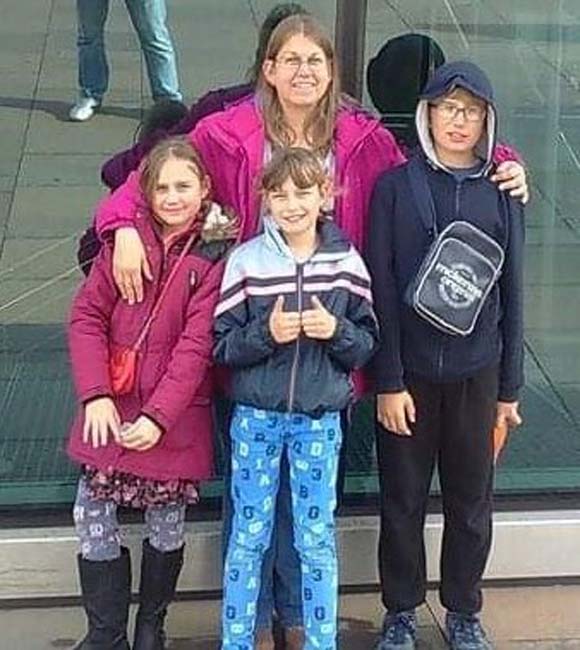 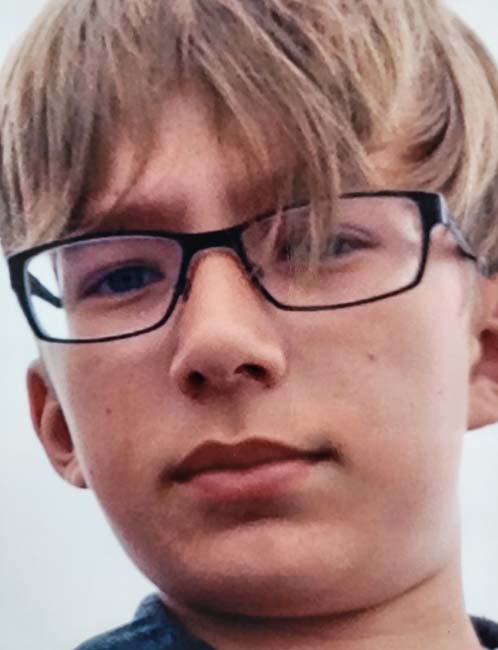