Renowned travel writer Dr Melissa Shales, who was also a teacher and an academic, was diagnosed with a glioblastoma multiforme (GBM) in January 2020. She had complained of feeling tired and fuzzy in the weeks leading up to her diagnosis and family members had noticed her becoming increasingly inarticulate, prompting the visit to A&E which led to the discovery of her tumour. The 63-year-old, of Colchester in Essex, underwent a craniotomy followed by radiotherapy and was put on a course of chemotherapy after a scan in February 2021 showed regrowth. Alongside her treatment on the NHS, Melissa sought help from a private consultant who was able to prescribe her medical cannabis, which she found helpful in managing her pain and anxiety. Melissa died at home, surrounded by family, on Christmas Day.

Here is Mel’s story, as told by her brother Dominic …

Mel was born in the UK but moved to Rhodesia in 1963 with our parents and older sister, Penny. She would have been about five at the time and lived there for 18 years. She grew up in what’s now Zimbabwe, going to an international school where our mother taught and our father was on the board of governors. There was a civil war of independence that started in the early 1970s and carried on through most of her senior schooling. It was quite an unusual childhood against that backdrop: she sat her O-level exams while mortars were flying from nearby hillsides. Africa was in her blood, however, something she absolutely loved; the experience of going to game reserves and travelling across the country always stayed with her. 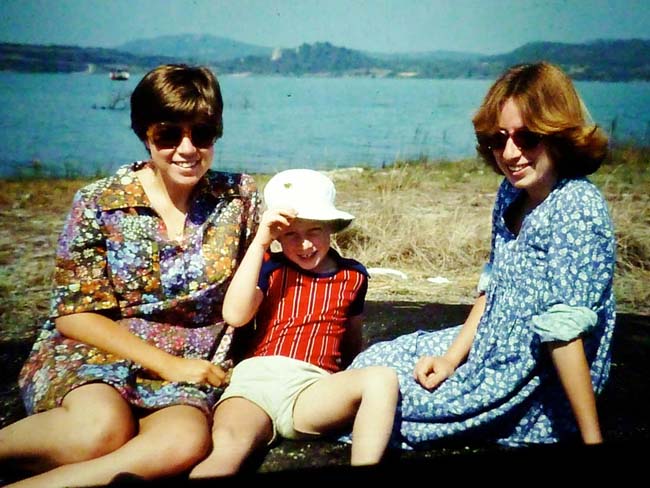 She went to the University of Exeter where she studied history and archaeology and got an instant bug for writing. She won a competition which propelled her into travel writing, helping her establish a long and very successful career in which she wrote travel guides and worked with national newspapers and travel magazines. She was chairman of the British Guild of Travel Writers twice and was a Fellow of the Royal Geographic Society. As her writing career progressed, she became a photographer and started offering the full package of content. When she was around 50, the concept of travel journalism started changing quite radically with the internet and the rise of things like Tripadvisor and bloggers. The rate for travel writers was going through the floor so she decided she needed to reinvent herself. 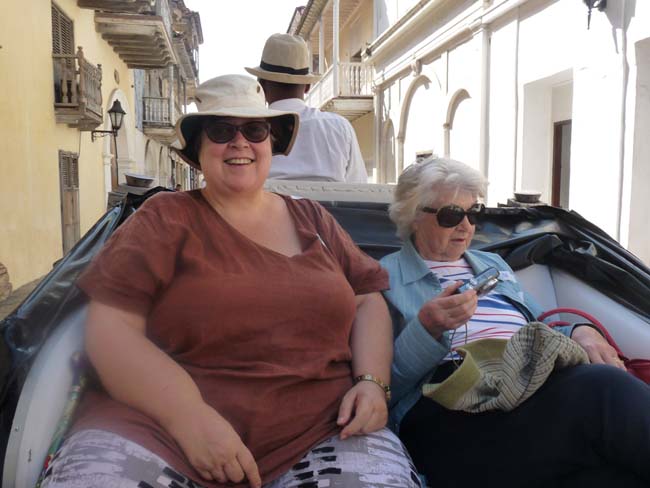 To supplement her income, she trained as an English foreign language teacher and started giving lessons to people all over the world, including really interesting people who might not otherwise have access to English lessons, like women from Saudi Arabia and children in North Africa. So, while the internet changed her travel writing life, it also opened up teaching and she decided she’d like to pursue a career in that area and enrolled on a creative writing PhD at the University of Essex. She then started lecturing and teaching with an emphasis on factual creative writing and travel writing.

“After being diagnosed with a brain tumour and knowing her outlook wasn’t great, she was desperate to finish that PhD, which she did, and it was awarded to her in July last year.”

At Christmas 2019 we all got together as a family and Mel had been complaining of being tired and feeling a bit fuzzy. Penny noticed that she wasn’t as articulate as she usually was and suspected something might be amiss. About two weeks later Mel’s partner, Mark noticed the same kind of thing but just put it down to tiredness. In mid-January 2020, Penny had a telephone conversation with Mel during which she was very inarticulate, unclear and confusing words. She called Mark and asked him to take her to A&E; there was clearly something wrong and it certainly could have been construed as stroke-like symptoms. They went straight to A&E at Colchester General Hospital where, thankfully, they took her seriously and immediately sent her for an MRI scan.

“The brain tumour they found was already quite large, about 7cm in diameter.”

It was in her frontal lobe, which was actually one of the best possible positions; it meant that they were able to operate. Within a few weeks the original tumour, a glioblastoma multiforme (GBM), was removed at Queen’s Hospital, in Romford, but glioblastomas have root systems, meaning it wasn’t fully eradicated, so at that stage she was given targeted radiotherapy and didn’t really have any adverse effects or too much pain. Her diagnosis was a real shock to start with and we were very upset. It seemed so unfair because the doctors said there was no reason for it – it’s just one of those unlucky turn of events. We were worried about how aggressive it might be because when you look at the overall statistics for glioblastoma they’re worrying. We didn’t really know how she was going to cope with things, how it would develop or what type of prognosis there was.

“As it turned out she survived two years from the start of her symptoms, with about 20 months of that being a relatively good quality of life.” 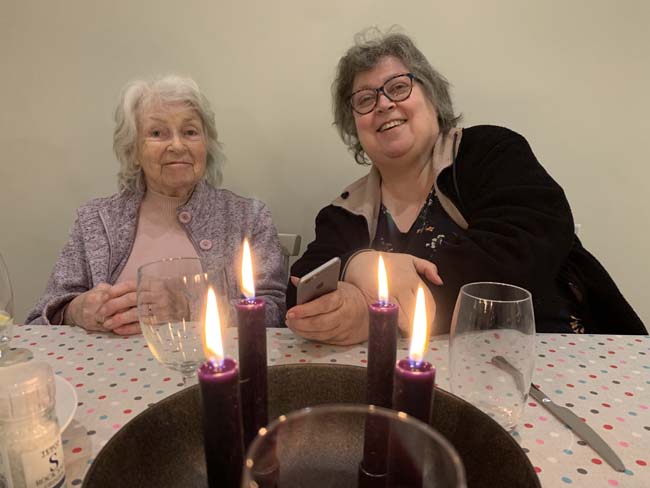 Mel was amazing in terms of her attitude and resilience to the situation. First of all, she said: ‘bugger this, I’m not going to die before I’ve completed my PhD’, so that was a driving force to keep her going. She was very good at remaining positive, upbeat and focused on doing what she could to battle it. A lot of people would just turn to the wall and give up hope, but she really kept going, and it was brilliant to see how strong and resilient she was. Anyone who spoke to her and knew her was amazed by how brilliantly she coped with everything; she really didn’t let it get her down to the extent you’d imagine. She actually said to Penny a few months before she died: ‘look this situation is terrible, it’s really unfair and I don’t want to die but I’ve got to be happy that I’ve had a brilliant life.’

“She was right, she did have a brilliant life with amazing experiences, incredible people; she lived it fully and I think she was reconciled with that.” 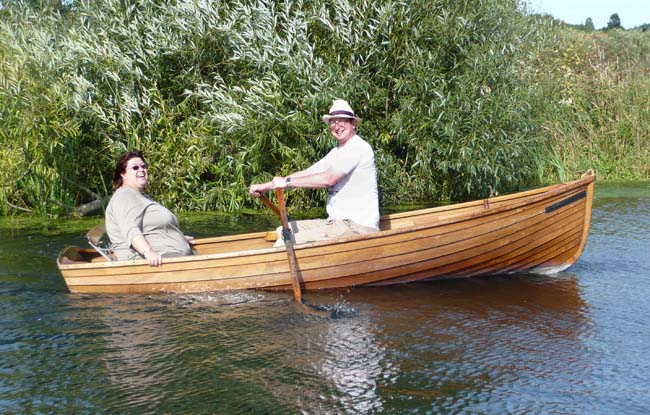 “We knew the tumour had started growing again in February 2021 but by July it had grown considerably and was moving aggressively.”

From a scan in February 2021, there was confirmation the tumour was back and growing. Melissa was started on chemo in March and had another scan in April to provide a baseline to measure the effectiveness of the treatment. She took anti-nausea medication and didn’t experience sickness, or any of the dramatic hair loss or other things you can get, I think because of the type of chemo she was having. However, a subsequent MRI in July found that the chemo hadn’t been effective so another drug was tried – this did cause some side effects and didn’t work either. In October, it was established that the tumour had gone across the cortex and was too large and diffused to be able to treat it with a second operation, further radiotherapy or chemo, so Mel and her oncologist took the decision to cease treatment

She had suffered from epilepsy as a long-term condition since her late teens and, if she hadn’t taken medicine for that, she would have been prone to seizures anyway but around the time she started taking chemo she also started suffering with seizures once again. Due to this she had to be hospitalised a few times, staying six weeks the last time before home care could be put in place, but the doctors managed to find the right balance of medication to stop them, which was great. In addition to the splendid treatment she had on the NHS, Mel also sought the help of Dr Paul Mulholland, a private consultant at the National Hospital for Neurology and Neurosurgery in Queen Street, London, who was able to prescribe medical cannabis which she took for quite a while.

“She had read studies about it making other treatments more effective and found it helpful in reducing anxiety and managing pain – as a result she only suffered from headaches.” 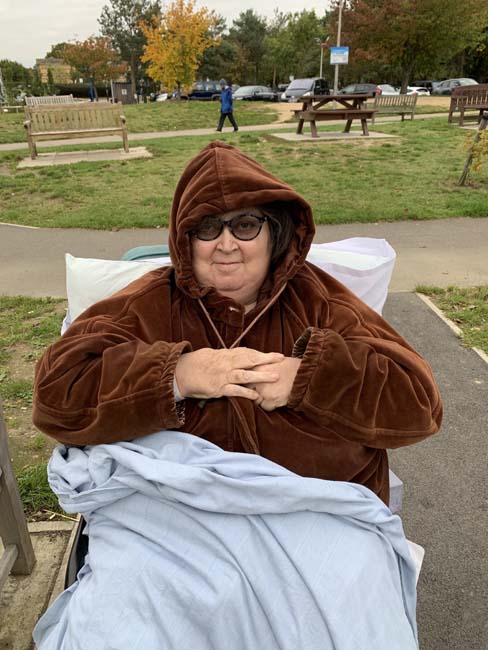 When she went home in November, they had all the appropriate equipment, including a hospital bed, put into the sitting room downstairs and there was care provision put in place to come in four times daily to help her. To start with it wasn’t end stage care, but it progressed that way over the course of three months. She passed away on Christmas Day 2021. Mark was there, as was Penny, her husband Kieran and son Ben. It was clear it was coming fairly imminently; for three weeks she was pretty much asleep or unresponsive and for a lot of the time she was unable to talk, or make clear what she wanted. Up until about four days before she died, she was able to have occasional sips through a straw and liked pineapple juice but was having minimal liquid and no food; it was obvious it was going to happen soon. 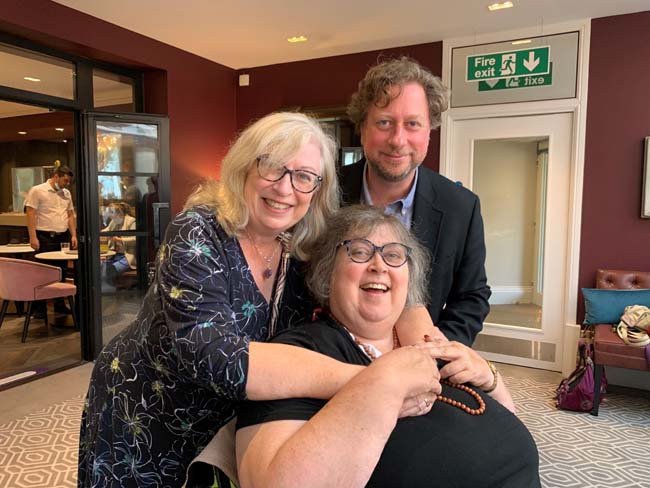 “Mel was very knowledgeable and interesting, she had travelled to dozens of countries and met all sorts of amazing people so was always great for a story and an anecdote.”

I think the thing that was so difficult for us was that her whole character, professional life and passions were to do with words, whether for academia, journalism or just discussing and debating. The tumour robbed her of her ability to do that and it was very frustrating for her because she couldn’t express what she wanted to. It’s difficult to see someone’s personality change and diminish progressively. 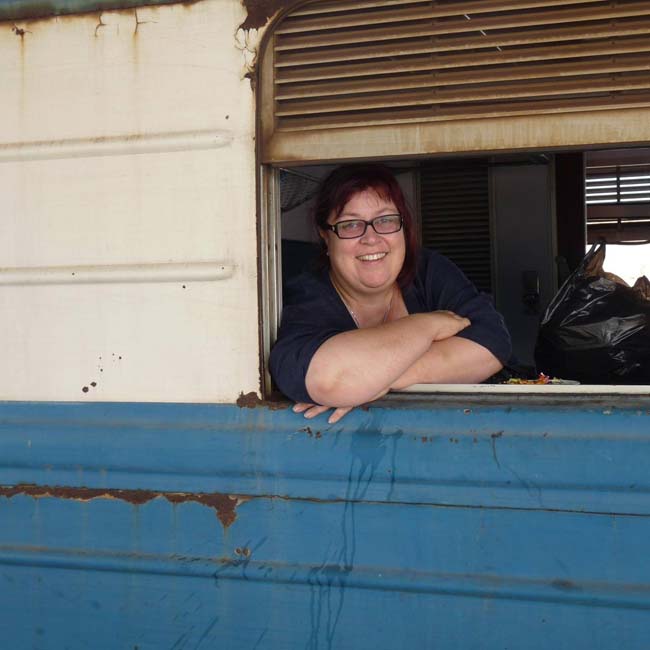 “She did some fundraising for Brain Tumour Research whilst she was ill and left money to the charity in her will.”

She was active in supporting the things she felt strongly about and that was one of them. She considered brain tumours terribly unfair. It’s one of those things you can’t do anything about, you just get stuck with the disease. There is far less funding for research into brain tumours than many other forms of cancer and Mel was very clear there should be more, and that people should know more about it to enable new treatments to come through and make it a curable disease. Her funeral will be held at the crematorium in Colchester on 7 February but, because of COVID-19 restrictions, we’re having to keep to relatively small numbers on the day, so we will be livestreaming it too. Mel had lots of friends and contacts all around the world so we just thought that was the right thing to do. 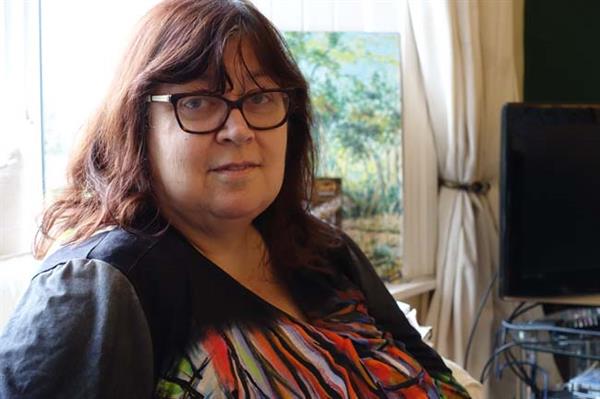