Martin Greenfield was a bright, healthy and energetic 11-year-old when he was diagnosed with a deadly brain tumour in 1995. Twenty four years after his death and the excruciating pain of losing a child has never left Martin’s mother, Elizabeth.

Elizabeth has recently made the decision to leave a significant gift to Brain Tumour Research in her will, to honour her son and to help improve outcomes for brain tumour patients in the future.

Here is Martin’s story, as told by his mum, Elizabeth…

Martin’s brain tumour diagnosis came like a bolt from the blue. For all intents and purposes, he was a fit, happy child about to start a new chapter in his life as he moved from primary to secondary school. That day changed my whole world.

I was 32 when I gave birth to Martin and I loved him from the moment I set eyes on him. I was quite late starting a family, having focussed on my career as a broadcaster for the BBC World Service in my twenties. But when the time was right, I got pregnant quickly and I absolutely loved becoming a mum. Two years later I gave birth to Martin’s sister Monika, and my family was complete.

When I went back to work at the BBC after having Martin, we employed live-in au pairs, as I worked shifts in the newsroom. As Martin grew up, he became very active and loved nothing more than being out on his bike. At the age of 11 and having passed his 11+ exam, he was out cycling more than ever and was beginning to enjoy a little more freedom. One day in April 1995 I got a phone call at work from our au pair, letting me know that Martin had fallen off his bike and was badly bruised. I came home straight away and took him to the doctors. The doctor checked him over and didn’t seem too concerned but during the consultation Martin said that he’d ‘blacked out’ before he fell. I didn’t think too much of it at the time but as the bruises began to heal, I noticed his behaviour was slightly odd. He was slurring his words and one corner of his mouth was drooping slightly.

I took him to the GP but was fobbed off. Feeling unsatisfied, I went home and wrote down all his symptoms then went back to the surgery, demanding a second opinion. We were given an appointment with a different GP, who asked Martin to do a simple test, which was to turn around. He couldn’t do it. At that point I was terrified, as I knew something was seriously wrong. We were sent to Whittington Hospital in Upper Holloway, where they did a CT scan and we were later referred to Great Ormond Street Hospital for an MRI. When we went in for the results of the scan, I was taken into a quiet consultation room and asked to sit down.

“I was dealt the devastating news that Martin had an incurable, high-grade glioma in his brain stem and that he wouldn’t survive longer than a year. The doctors said there was nothing they could do to save him. The tumour was deep in the brain and couldn’t be operated on because of its location.”

I was told chemotherapy wouldn’t work either because of the blood brain barrier. The only treatment option we had, to try and extend Martin’s life for as long as possible, was radiotherapy. He went ahead with a six-week course of radiotherapy but the tumour continued to grow. Desperate for more options, I sent Martin’s MRI scan images to the American paediatric neurosurgeon Dr Epstein, who was credited for the development of pioneering neurosurgical techniques to treat children threatened by brain tumours. He was very kind; he telephoned me at home but told me he couldn’t do anything as the tumour was buried deep within the brain. Touching it would most probably kill my son. 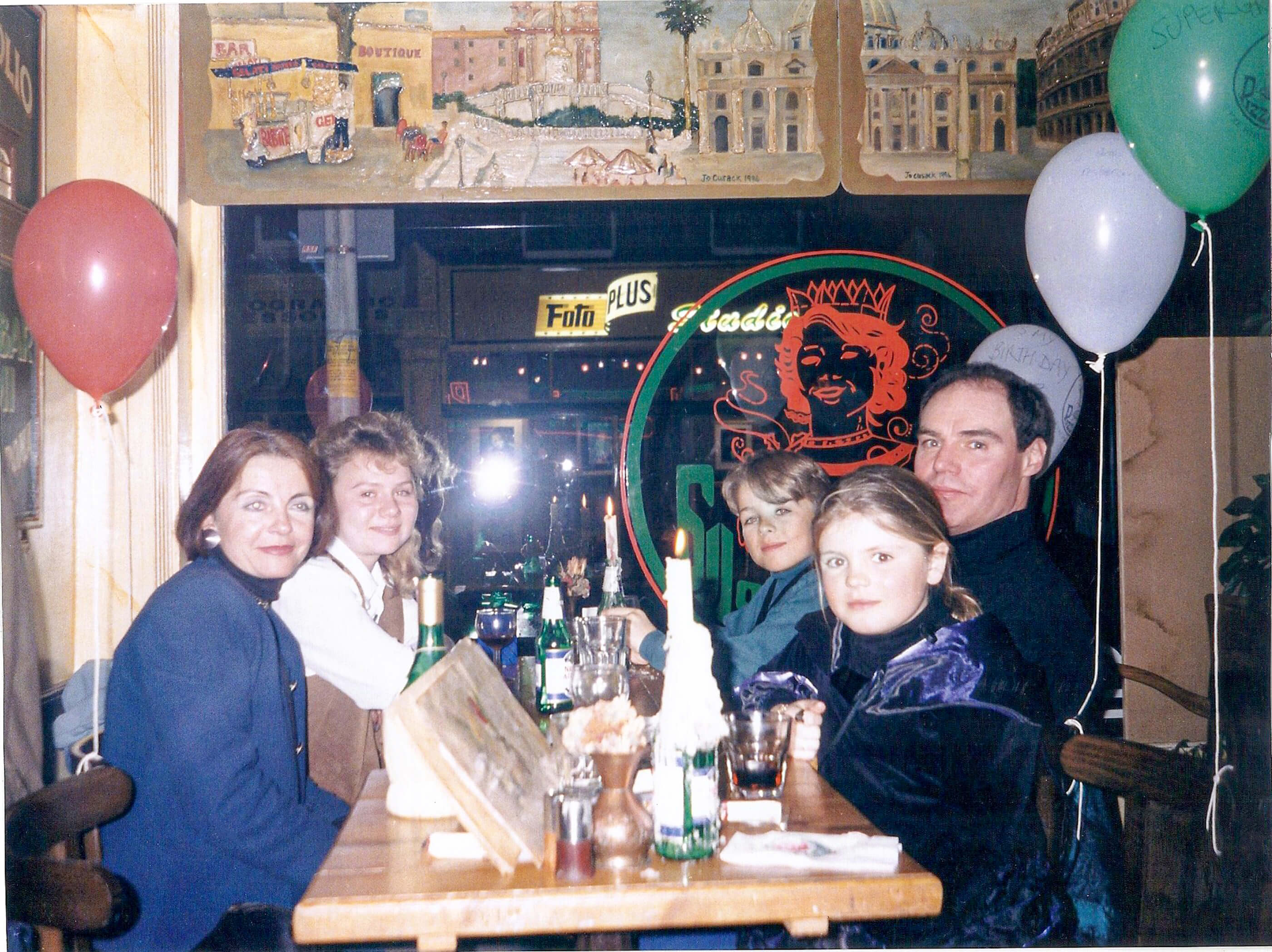 Martin’s dad and I separated when the children were young and I now had a new partner, David. The two of us did our best to give Martin a nice time, knowing that he didn’t have long left. We went on trips to Brighton and visited friends to keep him entertained. Martin’s dad Charlie, who now lived with his new family in Australia, came to visit when Martin was ill. As Martin was losing his swallowing reflex, he would often choke on his food and that was really scary. I needed Charlie around to help.

The way in which Martin dealt with his diagnosis was exceptional. We were advised to tell him that he might die, so we did, but that is something I regret, as my gut feeling told me not to be so brutally honest.

“He was extremely brave; I admired him so much. He never complained. Martin had always been a gentle and compassionate boy but when he was ill, he became even kinder than he was before.”

He would perform random acts of kindness, such as giving away his toys and eating his sister’s lunch so she wouldn’t be in trouble for leaving it. We were assigned a social worker. She once said to me that Martin had ‘an amazing awareness of other people’s needs’ and she was right. Of course, there were times when he became upset and cried, but these moments were few and far between. He wanted to carry on going to school but it became too difficult. 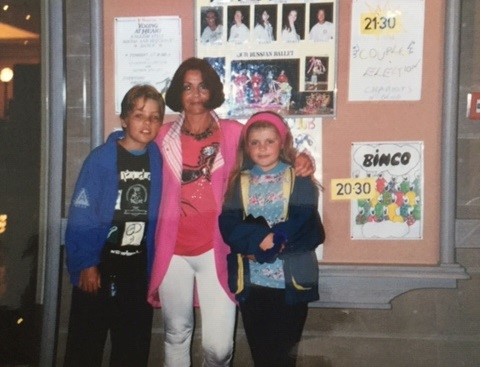 “His hair started falling out and the steroids made him puff up. He once said to me, ‘mum, I’m glad it’s me going through this and not you because it’s not very nice’.”

Martin died on 1 August 1995, just a few weeks after his diagnosis. When it happened, I was in complete shock and cried for days, weeks, months… I still cry. My mum came over from Poland; she was devastated. I had friends, who were supportive, but people tried not to mention it. I was desperate to talk about Martin, to cry and release the emotion but people didn’t broach the subject for fear of upsetting me. I took a year off work. When I eventually went back, I found that sitting in front of a microphone in a studio and broadcasting was the best thing I could do to take my mind off things. The grief came in waves, though. One of my bosses at the BBC had lost his daughter to cancer and I would talk to him about the pain. We agreed that you never get over it; you just learn to live with it.

“It took several years before I could laugh and joke again and even now, 24 years on, the sorrow is always with me and moments of joy are intertwined with pain.” 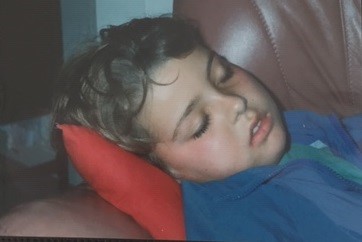 Losing Martin removed the fear of death and I feel positive about my own mortality. Recently, the time came to update my will. As well as providing for my daughter, I was really keen to leave a gift to Brain Tumour Research, to ensure it can continue its vital work into finding a cure for brain tumours. Through my own devastating experience, I became aware of how tragically underfunded this branch of medicine is. There was nothing they could do to save Martin. I also want to leave a gift in my will to honour my son and his kindheartednesses. He was loving, generous and thoughtful. He was often collecting money for charities, urging me to give too. Just before his diagnosis, in March 1995 he collected over £90 for the Red Nose Day having done a hundred laps on his bike in a nearby park. Grief devastates families. I want to make a difference and to help prevent others going through what we’ve been through. It’s what Martin would’ve wanted. 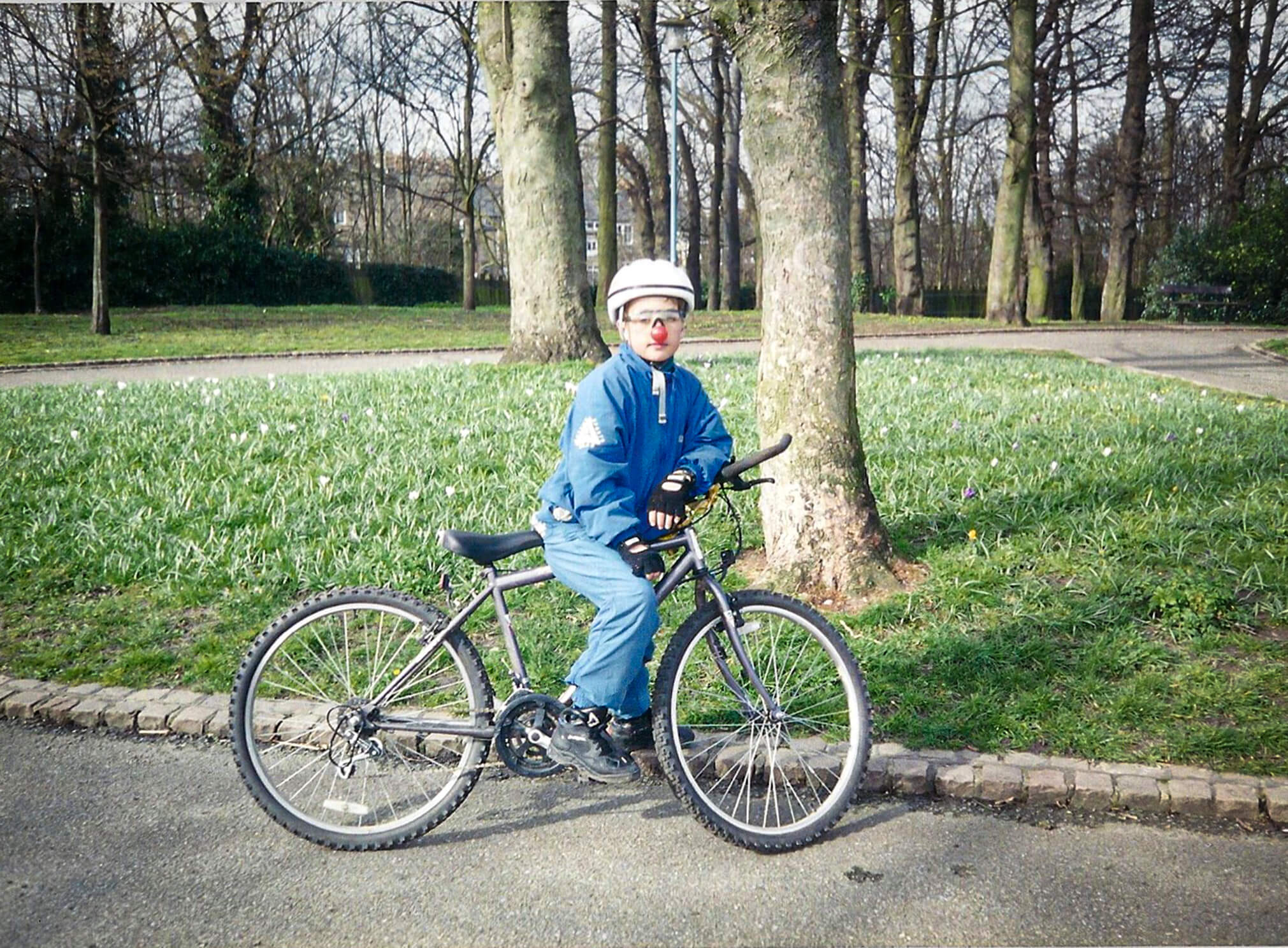 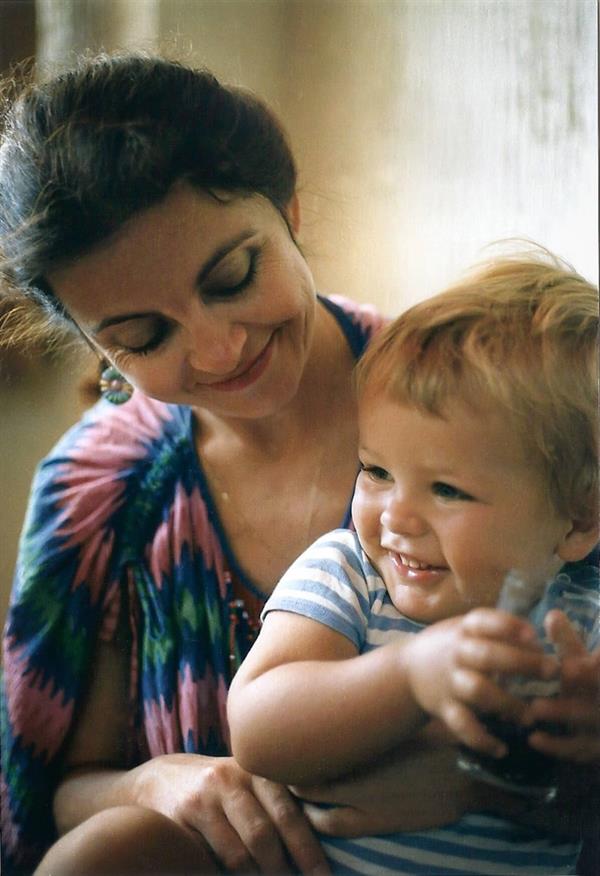