Historian Malcolm Chase, from York, died from a brain tumour in February 2020, after a 15-month battle with the disease. A published author and social historian, who was a leading authority on the Chartists, Malcolm died aged 63, after a long and illustrious academic career. He left behind his beloved wife Shirley, their daughter Sarah and granddaughter Sophie.

Malcolm was born in Grays, Essex in 1957. His father was a carpenter and later a building surveyor, and his mother, a bank clerk. As a child, he joined his dad on trips to London searching for original maritime artefacts and uniforms. He attended Palmer’s Boys School in Grays and went on to York University, where he gained a history degree in 1978. He then went to Sussex University to do a Master’s in modern social history and later a DPhil, which he completed in 1984. Malcolm and I met in a post-graduate history seminar at Sussex university in 1979. I was a research assistant at the time. We later married in my home town of Coventry in 1983.

Malcolm had a long and successful career in academia. He worked at Leeds University from 1982 onwards, joining the history department in 2005 and four years later, he was appointed professor. In 2013 he appeared on the ITV series Britain’s Secret Houses and in 2018 BBC Radio 4’s British Socialism: The Grand Tour. For the BBC One programme, Who Do You Think You Are?, Malcolm met Jeremy Irons in a London pub to tell of how the actor’s great-great-grandfather, a Chartist, had served 18 months in Newgate prison for his involvement in planning an armed conspiracy. He spoke at countless local history society meetings, historical association branches, schools and colleges, and regional museums and galleries, regularly writing thoughtful pieces for local and regional history journals. He was generous with his time, encouraging younger historians and providing opportunities for them. I am very proud of the work he did.

For some time in 2018, Malcolm had been feeling more tired than usual. We put it down to the fact that he was still very busy at work, teaching lively teenagers all while trying to get his fifth book started.

We didn’t realise just how serious things were, however, until 11 November that year, when, out-of-the-blue, he collapsed. It was Remembrance Sunday and we’d been having dinner at home. Malcolm went into the kitchen – probably to get some extra helpings – and he passed out and fell, hitting the wooden kitchen table and the hard floor. At first, I thought he may have had a heart attack. I called an ambulance and when they arrived, they thought the same. He was taken to York Hospital, where heart problems were ruled out. The next day, they took him for a CT scan, which revealed abnormal cells in his brain. It was such a shock. He was given steroids to reduce the swelling in his head and was then sent for an MRI scan.

“After that, Malcolm was referred to Hull Royal Infirmary, where we saw a consultant who confirmed Malcolm had a large brain tumour on the right side of his frontal lobe.”

What was worrying, looking at the MRI image on the screen, was that it was already spreading. The consultant explained that he would be able to operate but that he wouldn’t be able to get it all out. They went ahead and performed a debulking operation, taking as much of the tumour as they could. Afterwards, they thought it was grade 3 but laboratory analysis confirmed it was actually a grade 4 glioblastoma multiforme (GBM). It also had IDH 'wild' type status – this occurs in about 90% of GBM brain tumours and usually indicates that the tumour formed as glioblastoma since the very beginning and carries a worse prognosis than those classified as being IDH mutant.

Hindsight is a great thing. Looking back, I could identify other symptoms which may have been associated with Malcolm’s brain tumour. He had been to the doctor a number of times to discuss symptoms including fatigue and sight problems. He had sung as a tenor in the local choir but had to step down as he’d developed a hoarseness in his throat and could no longer sing very well. He’d also had a fall during a trip to the Sorbonne in Paris, where he’d been to deliver a paper at the university.

Malcolm recovered quickly from surgery. The operation was followed by a course of radiotherapy and concurrent chemotherapy. The radiotherapy treatment involved a two-hour round trip to hospital every day for six weeks. Malcolm could no longer drive and I don’t drive either, as I’m partially-sighted, so transport was provided by the voluntary transport service or an ambulance. It was a gruelling experience doing that journey every day. We also used a good local taxi company for nearly a year, to get to and from appointments.

“Thankfully, Malcolm was an incredibly brave and strong patient. He dealt with everything really well.”

Malcolm retired early in June 2019. For a while after treatment, he felt well and we made the most of our time together. We went to see people. We visited Ludlow in Shropshire, where we’d honeymooned in 1983. Although Malcolm had stopped work, he continued to give talks to local history groups. He felt and looked well and wasn’t in any pain.

Then, in November 2019, a second tumour was detected during a routine MRI scan. Malcolm didn’t want to know his life expectancy but I did. I knew it would help prepare me for what was to come. The consultant disclosed to me that Malcolm had around two months to live. I told our daughter, Sarah. Malcolm probably knew but didn’t want to hear it, which I can understand.

“From that point onwards, things started to become really difficult. I was looking after Malcolm on my own at home as his condition deteriorated and it became exhausting.”

He was frequently falling; I weighed nine stone and he was nearly 13 stone – trying to pick him up was impossible. In desperation, I contacted MacMillan Cancer Support and he went into a local hospice for three weeks, to give me some respite. I visited him most days and I was able to catch up on my sleep. When his stay in the hospice came to an end, it was decided that Malcolm would go into a local care home. I would’ve loved to continue caring for him at home but the house, a large Edwardian property with steeps stairs, just wasn’t suitable. Sarah, who also would’ve loved to be able to help more, had a six-month old baby at the time (our granddaughter, Sophie) and lived 80 miles away in Sale, Greater Manchester. Malcolm went into the residential home on his birthday; 3 February 2020. I’ve beaten myself up about it a lot but I knew deep down that it was the best place for him and as it was so close to our home, I could go to see him every day.

“I’ve struggled over the last year. Grieving during the pandemic, largely on my own, has been really tough.”

Malcolm’s funeral was on 20 March 2020, just as the UK was locking down due to the outbreak of coronavirus. I’d planned for more than 100 people to attend but in the end, only 40 or so mourners were able to be there. Luckily, it was before the rule about restricting funerals to just ten people were brought in and we were at least able to have a socially-distanced lunch afterwards. I’m really glad we did it. Meanwhile, there are plans for memorial lectures and conferences to take place, once COVID-19 restrictions are lifted further. Sarah and I have already donated £1,000 for Brain Tumour Research in Malcolm’s memory and I’m hoping, if we can bring together a large gathering of historians to remember Malcolm in the near future, I can galvanise them to donate as well. I’ve been overwhelmed by the number of cards and letters I’ve received paying tribute to my late husband and several wonderful tributes have been published in various academic journals. His obituary was also published in The Guardian newspaper.

“By sharing Malcolm’s story, I hope I can highlight that this awful condition is not as rare as people think.”

It’s really concerning that brain tumours kill more children and adults under the age of 40 than any other cancer, yet historically just 1% of the national spend on cancer research has been allocated to this devastating disease. As a retired teacher, this statistic is particular shocking. Some of the drugs prescribed to brain tumour patients have been around for decades and kinder treatments are desperately needed. Without more funding into this dreadful disease, outcomes for patients like Malcolm won’t improve. I’m determined to do my bit to ensure that doesn’t happen. 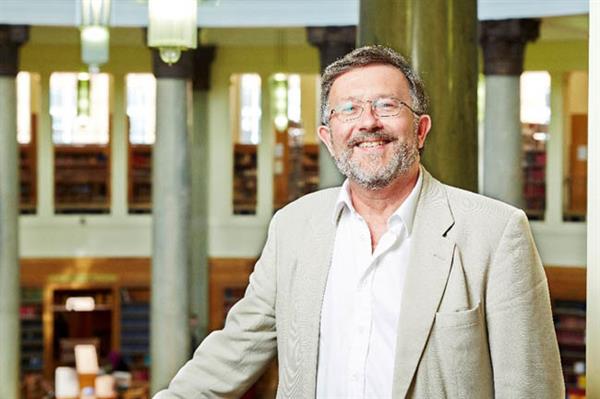