Wing Commander Kieran O’Sullivan personified his Royal Air Force service motto, Per Ardua ad Astra – Through adversity to the stars. He was a much-loved husband, son, friend and colleague, known to many as TGP, 'The Ginger Prince'. Among his coworkers he was renowned for his exceptional talent, professionalism, ambition and good humour; he had a voracious appetite for work and an unwavering sense of determination combined with boundless optimism. Cited as having the potential to rise to Air Commodore, Kieran tragically had to give up the career he loved in September 2018. This account was written by Kieran over a number of months. He passed away in November 2018, at the age of 44, almost 17 years after being diagnosed with a brain tumour and just two months after leaving the RAF.

I was born in Guernsey in 1974 and due to my father's job, the family moved around quite a bit during my early years.  At the age of three, we moved to Nigeria for two years, returning to Chelmsford in Essex, where I began primary school.  My secondary schooling was in Bedford, following which we moved to Newcastle Upon Tyne, where I completed my A-levels.

Apparently, I was a rather quiet, serious child.  Clever, but also rather lazy, and with a tendency to leave everything to the last minute. I loved reading from a very young age and playing computer games on my Spectrum ZX. I was also a wargamer and would spend hours painting tiny model soldiers and engaging in battles with friends and fellow enthusiasts. To fund these two hobbies, I had a Saturday job at Woolworths, which unfortunately ended abruptly, when I was caught eating a Mars bar in the stock room!

I had always wanted to be in the Forces and I spent about a year in the Territorial Army (TA) as a soldier, before I decided to join the Royal Air Force (RAF). I graduated from the RAF College Cranwell in October 1994 and was commissioned into the Fighter Control Branch. I worked my way up the ranks and was eventually promoted to Wing Commander.  I was a fighter controller and later became an aerospace battle manager. I did four long-term detachments; one to the Falkland Islands, two to Qatar and one to Afghanistan. 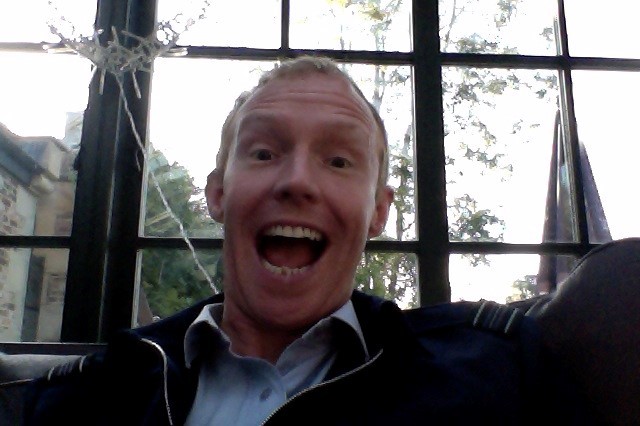 “The tumour first came onto the scene in mid-2001. Following a group competitive run, I lost consciousness and ‘came to’ with a firefighter (and many others) kneeling over me.”

It wasn’t diagnosed as a tumour until late 2001, after an accident I had driving home from a game of squash. I lost consciousness at the wheel and found myself embedded in a tree. Happily, there was only one other vehicle (just barely involved) and the pavement was completely empty. I went to hospital this time and it was shortly after that that a tumour was confirmed.

In early 2002 neurosurgeon Mr Kouralis was able to remove most of the tumour but not all of it, when I underwent brain surgery at Addenbrooke’s Hospital in Cambridge. I shall be forever grateful for his surgical talents. Following the operation I was told I had a grade 2 astrocytoma. Although it was low-grade, I knew in all likelihood that the tumour would eventually return. I chose not to share this information with my RAF friends and colleagues, wishing to be regarded as no more or less special than my peers. Just one month later, having weaned myself off the anti-epilepsy medication (which was contrary to the medical guidance), I went back to work, very much focused on resuming my career and returning to front line duties.

In November 2002, I was told by the RAF Medical Board that the chances of returning to either air or ground based fighter controlling duties were ‘slim’.  Yet during this period I worked tirelessly to regain my medical category and in 2003 the Board lauded me for having made a ‘very compelling’ case for return to fighter controller duties.

I was determined to regain my operational qualifications so I could undertake the full range of fighter control branch postings.  I was particularly focused on being considered eligible for deployment overseas and my determination paid off when, in 2006, as a Flight Lieutenant, I deployed to Al Udeid in Qatar. It was there that I operated under United States (US) command, in a post which the US filled with officers at the next rank.

I returned from deployment to RAF Boulmer, where I qualified as a Master Controller, the highest professional fighter control qualification, and in 2007 was selected for promotion to Squadron Leader. This was the first point at which I’d achieved competitive promotion rather than it being time-served promotion and the first time I was first on the promotion board.

In 2009, full of enthusiasm and boundless energy, I volunteered to deploy, once again, to Qatar. Upon returning to the UK, I took up a post, out of mainstream, as Officer Commanding Operations Squadron at RAF Leeming.  In 2013 I became a Wing Commander – the second time I was first on the promotion board – and went to work in the depths of the bunker at RAF High Wycombe in Buckinghamshire, as a national representative.  This time I was responsible for the entire chain of military response to the threat that the Taliban posed, something that I’d been desperate to do. I was the one who scrambled the planes when there was a slightest suspicion that a plane in UK airspace may have been hi-jacked and had a hotline to Downing Street to liaise with the Prime Minister. In the same year I was cleared to deploy to Kandahar, Afghanistan, on Operation HERRICK, fulfilling my aim to be deployed there. 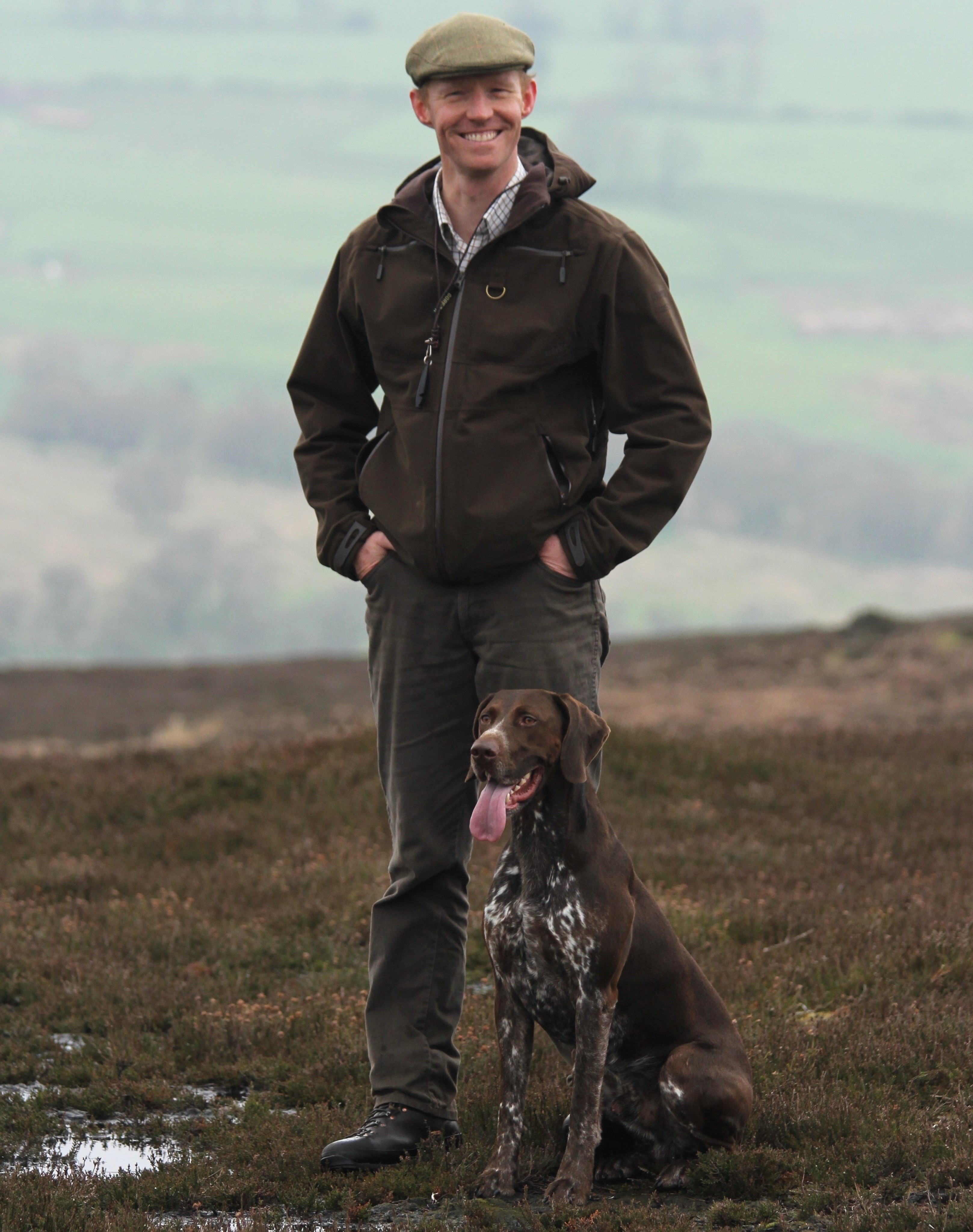 In 2012, I was advised that the tumour had returned. I chose not to have an operation at this point, as I knew it would likely mark the end of my military career – a career I cherished. In April 2013 I was promoted to Wing Commander, aged 38, having been placed first on the promotion board.

Aside from my work, over the years I gained much pleasure from the companionship of my German Shorthaired Pointer (GSP) sidekick, Sidney. Working my beloved gundog, whether for leisure or competition, has brought me so much joy.  In December 2013, the two of us had a successful trip north of the border when we competed in an all-age field trial competition. We were delighted to win outright. In June the following year, Sidney became a full champion. 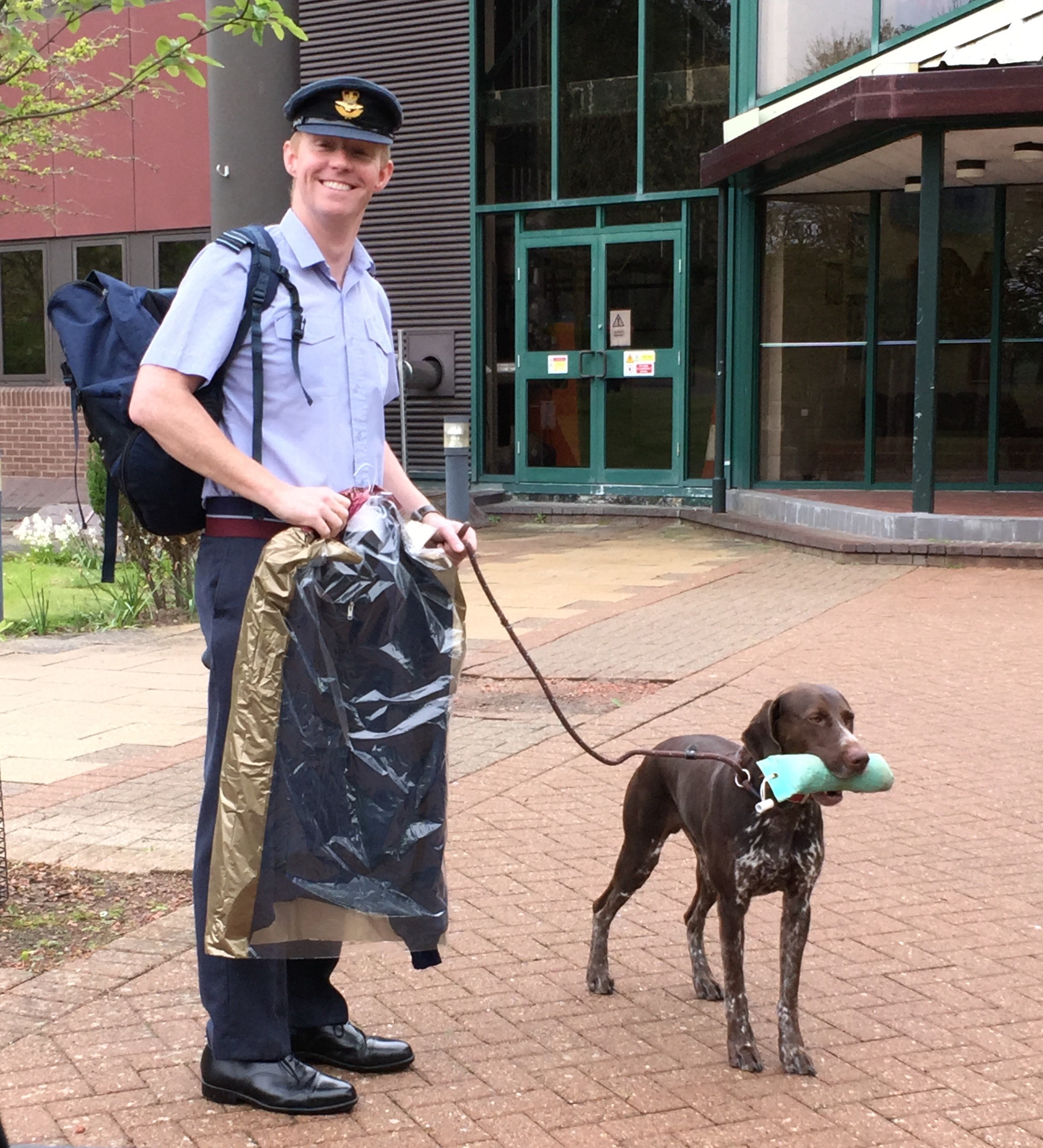 I’ve got my wife Beth to thank for the discovery of the GSP breed. Before we met, I’d never owned any sort of dog, not even as a pet in childhood. When we got together, Beth already had a GSP called William. William wasn’t best pleased at my introduction but he tolerated me for Beth’s sake! When I made the decision to join the GSP club and welcome Sidney into the family as a puppy, I took every opportunity to help him learn, excel and do what he was bred to do – hunt, point and retrieve. 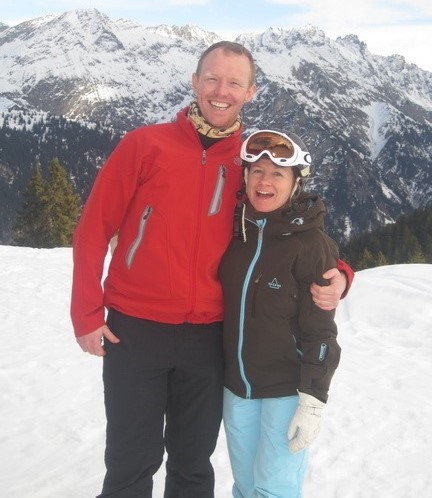 In 2014 I was brought back down to earth with a bump when I had a seizure and was put on anti-epileptic medication by my then neurologist Dr Jeremy Rees. Life was tickety-boo for almost exactly a year after that – I was about to reapply for my driving license, when another seizure hit and my condition began to deteriorate. The team at the National Hospital for Neurology and Neurosurgery at University College Hospital London (UCLH) advised it was time for a second craniotomy. I didn’t want this but realised it was necessary, so I went under the knife of neurosurgeon Mr Neil Kitchen. A cerebrospinal fluid (CSF) leak meant I had to have a shunt fitted, so that was another operation in the summer of 2015.

I hoped that once I recovered from that operation I could return to work, as the tumour had once again been classified as grade 2. Unfortunately, it wasn’t to be. By this point, I was suffering from frequent seizures and headaches – a huge change for someone who had only had four seizures in the preceding twelve years and never had headaches.

“A massive seizure on 14 October 2015 left me with significant expressive aphasia and my life has never been the same since that date.”

A scan at the beginning of November 2015 showed there had been rapid growth in the remaining tumour – at odds with the pathology report – and this was causing the seizures and aphasia. I was told I needed radiotherapy and chemotherapy and chose to have this ‘up north’, so I could live at home with Beth in Newcastle-Upon-Tyne, rather than in the Officers’ Mess at RAF High Wycombe.

Transition from the National Hospital for Neurology and Neurosurgery at UCLH to the Freeman and the care of Dr Emma Lethbridge at the Freeman Hospital was relatively smooth but not quick and there was a delay I’d rather not have had in starting my treatment in Newcastle. This meant that I ended up having whole-brain radiotherapy, rather than targeted. Radiotherapy began in January 2016 and was followed by a course of chemotherapy. I was very poorly during my radiotherapy but after a year of chemotherapy, I was alright. I now wonder if that was a signal from my body that it wasn’t working as well as it might.  It was in early 2017 that I completed my chemotherapy. A whole year written off to cancer.

Later in 2017 I went back to work part-time and went to the Defence Medical Rehabilitation Centre (DMRC) at Headley Court for additional assessment. Unfortunately, I became poorly shortly after leaving Headley and spent some time in hospital, being discharged with increased anti-seizure medication.

“This put paid to my extensive career because the RAF cannot take someone who is that medically downgraded. I was on track to become at least a Group Captain and, with a following wind, an Air Commodore. To say I was disappointed is somewhat of an understatement.”

I ignored the tumour for twelve years and made no plans around it. Apart from the sandy places I went to as part of my 24-year RAF career, I travelled the world visiting Australia, Hong Kong, Singapore, India, China, the USA and The Caribbean. I learned to scuba dive, fly a plane, skied every winter, learned to play polo and rode a motorcycle for several years, until my wife Beth nagged me to stop! Since 2002 I may have been fighting a personal challenge that cannot be understood or even comprehended by most, but I’ve fought for and fully embraced the opportunities I was given. My view was not to let the tumour dictate my life and how to live it and that’s why I did what I did.

To reflect his dedication to his career, Kieran was posthumously awarded a Deputy Commander’s Commendation in recognition of "‘the meritorious service rendered….to his beloved Royal Air Force” 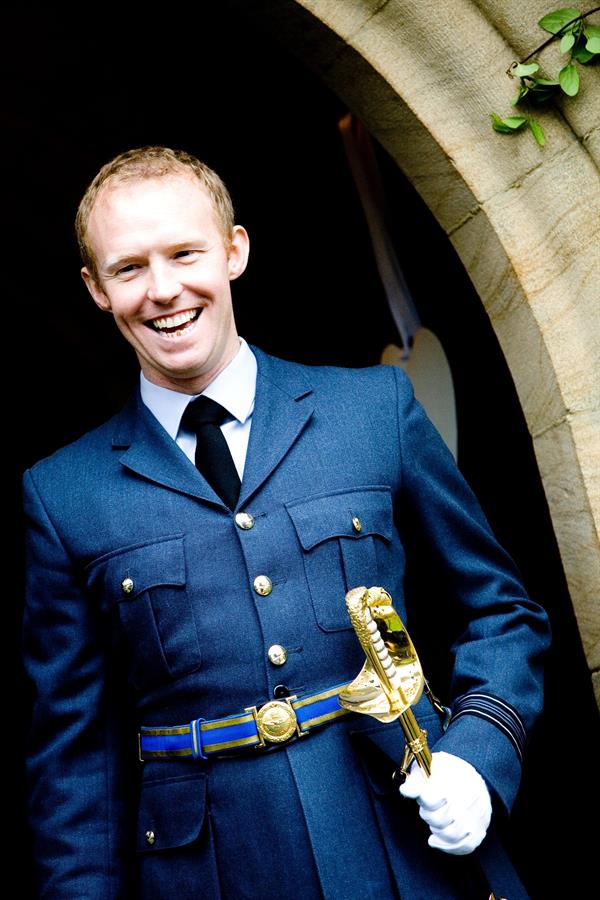