Josh passed away aged 29, four years after being diagnosed with a pilocytic astrocytoma. The Port Vale supporter planned his own funeral with his beloved pug Diggs to lead the procession wearing a harness in Chelsea blue (his other favourite football team).

Here is Josh’s story as told by his sister Kim…

Although Josh was my little brother being three years younger than me, while we were growing up he was always the boss and I was the quiet one. Mum used to tell me to stand up to him. 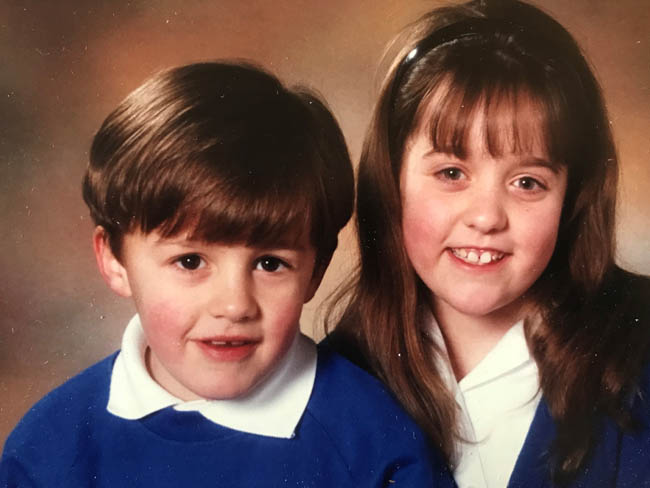 Josh was always very competitive, adventurous and full of life. He loved wrestling, the band Green Day, Jimmy Carr and any inappropriate comedy. Josh was also an ardent football fan, supporting Chelsea and Port Vale where he would often be found helping out on the turnstiles. He also was very fit, into body building and working out almost every day at the gym and he loved theme parks – especially Alton Towers where he created many memories with me and his friends.

The first signs that anything was wrong came in 2015 when Josh, aged 25, started experiencing nausea when he was in the gym and really bad headaches after gym sessions. Later he started walking into things as well as vomiting. This also led to problems with balance and coordination so it looked like he was drunk, even though he didn’t drink.

“Josh made repeated trips to the GP and was eventually referred to neurology, but not for 12 weeks. Mum, a ward sister herself and a palliative nurse specialist, then took Josh every day to A&E to try and get Josh properly checked out sooner. She was fully trained in neurological assessment, but was so frustrated trying to get people to listen.”

Finally, a scan was booked for a few days later which revealed a brain tumour – something Mum had privately suspected.

It didn’t feel real. Josh was always so out there, living his life – he’d just bought a house with his soon-to-be fiancée, we’d not long been on a climb over the O2 Arena and had plans for holidays abroad, gigs and more theme park visits.

The day before Josh’s craniotomy, he took me outside and said: “It will be ok. I don’t know why everyone’s so worried.” He was always positive in front of everyone, although in his last 12 months, he did show his vulnerable side to me.

When it finally went ahead in November, surgeons were successful in removing around two thirds of the tumour, which was on the brain stem – they couldn’t go any further without considerable risk to Josh’s mobility and speech or even mortality. We were told that the tumour was a grade 2 pilocytic astrocytoma. 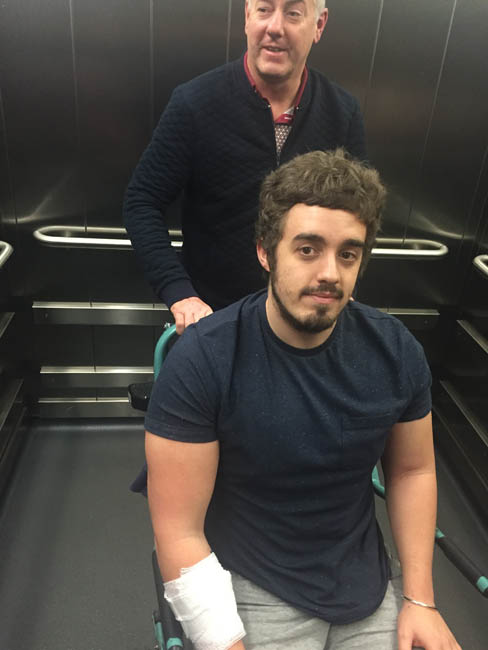 Josh was really unwell after the operation and developed meningitis. A week afterwards, he was in critical care. It was very distressing because he was in so much pain.

Around six weeks later, Josh was finally able to go for rehabilitation to learn to walk and talk again. The damage done during the operation had also resulted in his face dropping on one side which had a big impact on Josh mentally. His image was suddenly completely different which was very tough for a young lad of 25. He didn’t like talking about it – it was too painful.

Meanwhile, his neuro-team decided against chemotherapy or radiotherapy and told us there was not likely to be any change in his tumour, but that he would be regularly monitored and scanned just in case.

“Josh slowly recovered and got back to more or less his normal positive self. He got married in March 2017 and was really happy, but within six months, his wife left him. Josh adored her and thought no one else would ever love him because of the way he looked with the facial paralysis. He was heartbroken by the rejection.”

In September 2017, my son Joey was born. Josh and Joey adored each other and when my relationship with Joey’s dad broke up not long after his birth, Josh became Joey’s father-figure. He was also Joey’s godfather and it was so touching to see how close they became, even though Joey was just 18 months when Josh passed. 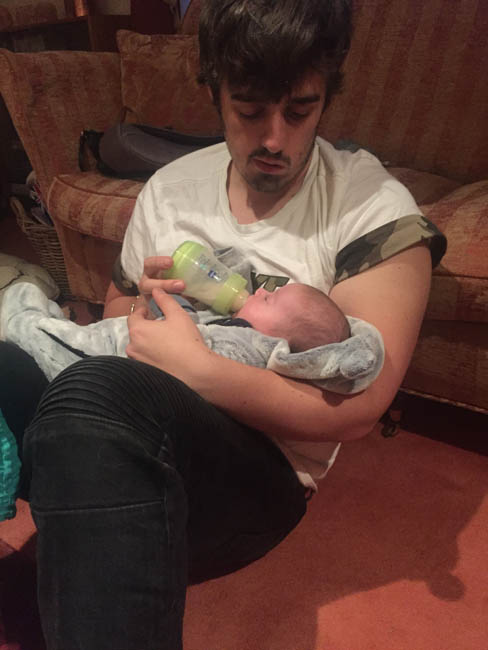 Mum accompanied Josh to all his scans and scan result appointments, which eventually became yearly. However, in 2018, she found herself unable to go because she was working, but Josh was happy and felt positive – he had his own house, a pug he had named Diggs after his surgeon and was driving again – and felt comfortable to go on his own. 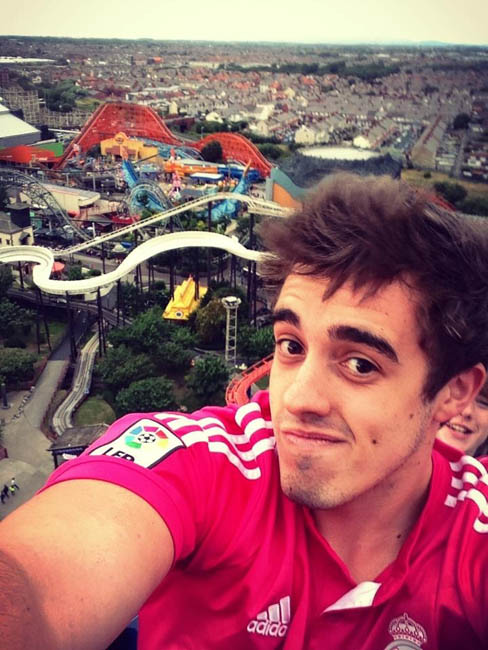 “Ironically, this time the scan revealed that the tumour had grown significantly, Josh rang Mum in tears. He had had no real symptoms, so had no warning.”

His consultant told him they couldn’t operate again, but that Josh could have Gamma Knife surgery (actually a type of radiotherapy with pinpoint accuracy) in Sheffield, which was scheduled for about six weeks later.

On the day of the procedure, Josh had another scan which revealed that the tumour had grown even more. Nevertheless, Josh remained very hopeful because one of his work colleagues had undergone Gamma Knife six years before and it had worked for her.

Devastatingly, a further scan revealed that the procedure had had no real impact and, after a long wait, Josh was put on temozolomide chemotherapy which gave him hope. He had two rounds but it didn’t appear to be working and Josh was deteriorating. You could see it in his gait and mobility – he was constantly falling too. He was also experiencing nausea. Mum took him back to A&E but couldn’t get the consultant or a registrar to come and see him.

Josh was then put on palliative chemotherapy and received a couple of cycles before he was not fit enough to continue.

“By this time he was in a wheelchair. It was very sad. We helped him stay in his own home as long as possible, right up until the beginning of March 2019, with various modifications, a hospital bed downstairs and a sofa riser.” 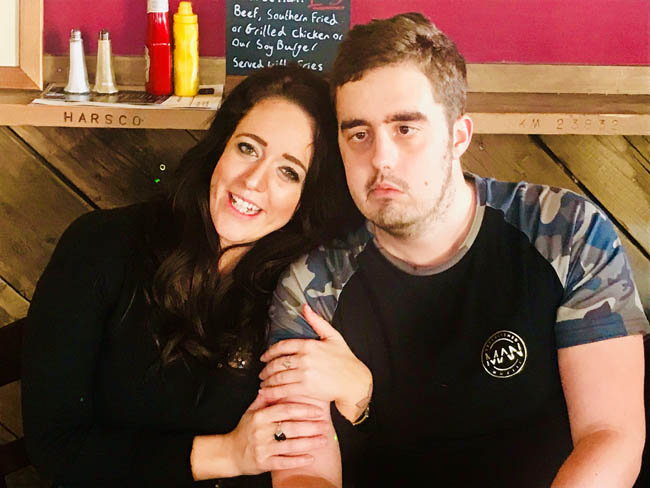 In March, Josh moved into a lodge at Douglas Macmillan hospice – where Mum works – so we could all stay with him and his dog could be there too. The fact that Mum and Dad weren’t together any more had made things complicated so to have a place we could all be together made things a little better in those final precious days.

His symptom management was really good, helped by the fact that Mum was a specialist palliative care nurse there. Her colleagues found it very difficult seeing us suffer – they all thought Josh was so lovely.

Eventually Josh got to the point when he didn’t want any more friends or work colleagues visiting – he didn’t want to be seen. Sadly, he missed out on a trip to Stamford Bridge organised by the Willow Foundation because he was too unwell, but Chelsea sent him a signed shirt which he was dressed in for his funeral) and a personalised video message.

“Josh’s very dark, sick sense of humour helped him deal with his condition. He even said he was glad it was him going through the nightmare rather than any of us because he wouldn’t have been able to cope!”

When Josh passed away on 14 March, Diggs lay on Josh on the bed. It was so sad – he knew his beloved master had gone. 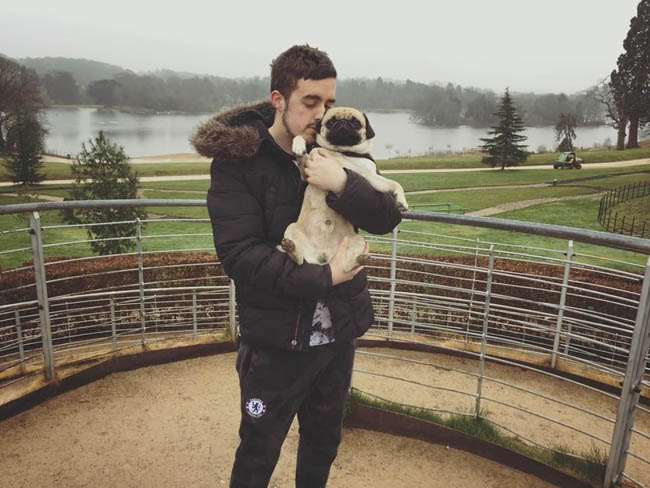 Josh planned his own funeral, chose all the music and wanted Diggs to be there. He told us where he wanted to be cremated – a place near Port Vale with good parking because he wanted the wake to be at Port Vale.

Diggs led the funeral procession and when the second song – a Green Day track with guitar playing, Diggs started barking at the same time that images of Josh came up on a screen – he never let Josh play guitar without a big fuss.

After Josh passed, a work colleague of mine, Janine, who became good friends with me as well as Josh, approached me about holding a Wear A Hat Day coffee morning to raise funds for Brain Tumour Research. It seemed a good way to mark Josh’s anniversary, as well as give something back while raising awareness. With amazing support from my employers at Avon UK, as well as Port Vale FC, Pro Wrestling 4U, Fish4dogs and Powered4TV, we soon had the idea to set up a Fundraising Group called Fighting for a Cure to help keep Josh’s memory alive.

I miss my little brother terribly, but I am comforted he fitted such a lot into his short years of life. He’s still top of my phone’s speed dial and every day I see his name it’s a reminder to live life to the max, be bold, strong and beautiful in mind, body and spirit, just as Josh did. 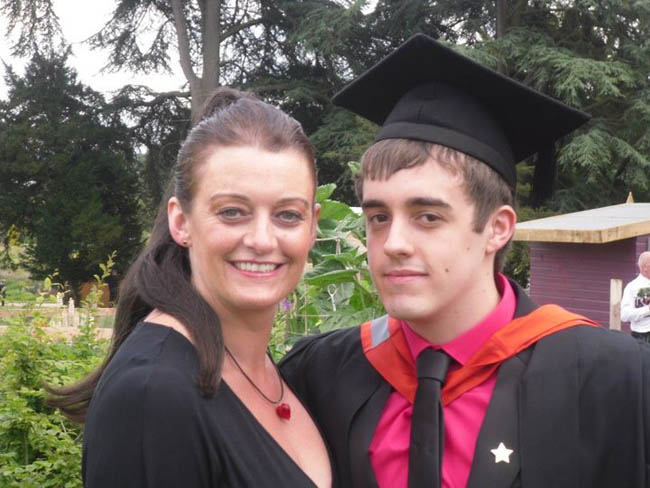 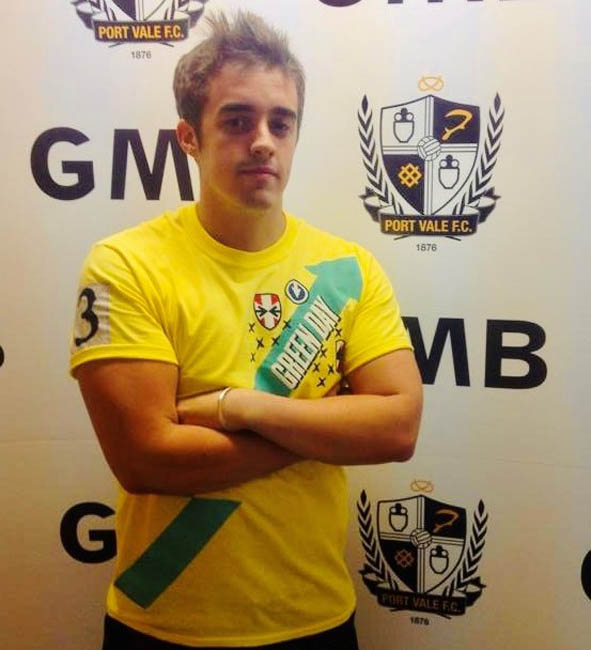