James Lamerton, a teacher from Leigh-on-Sea, Essex, was diagnosed with a brain tumour in his pineal gland in October 2021, later identified as a grade 4 glioblastoma (GBM). He was being treated for sleep apnoea at the time and was taking medication for migraines thought to be connected to the condition. He suffered complications following surgery and died five weeks after his diagnosis, at the age of 40, leaving behind his wife, Myriam and their two-year-old daughter, Layla.

Here is James’ story, as told by his wife Myriam …

James was a teacher in further education; he started his career at the age of 21 teaching functional skills to refugees and went on to teach maths to children from difficult backgrounds who often had no interest in learning. He was dedicated to helping others and always put them before himself. He was the most generous person I ever met and, for me, was the full package, beautiful inside and out. He was a musician who played the drums, guitar and piano and was always vibrant and positive. He loved being around people and eating in restaurants; his mum was a chef so he appreciated a good meal as well as good company. 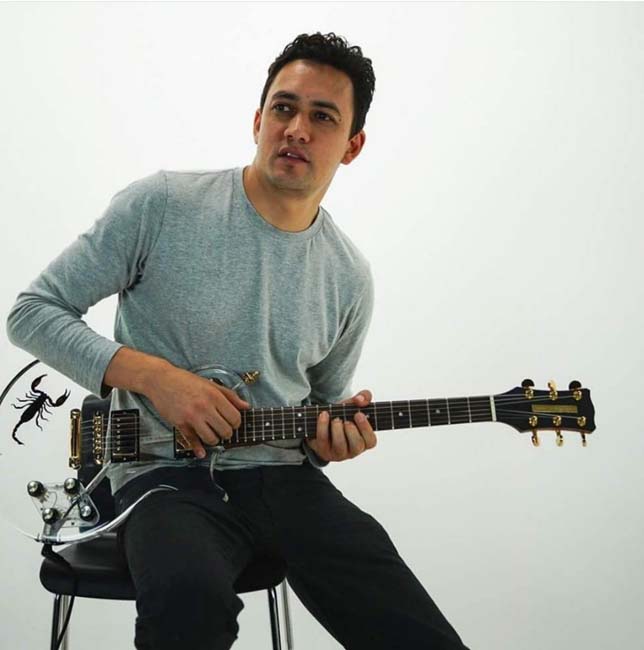 He didn’t deserve what happened to him but then I don’t suppose anyone ever does. When people think about cancer they often think it’s not going to happen to them but the truth is it’s likely to happen to someone you know at some point. James was incredibly healthy; he exercised regularly and ate organic food but things like that don’t matter when it comes to brain tumours; they affect people indiscriminately and can take your loved ones from you very quickly.

Tiredness was his first symptom. Looking back perhaps we should have tried to address that sooner but it was complicated because we had moved to France, which is where I’m from, because of a family emergency in 2019. We were still there during the pandemic and lost our son Rafael when I was 30 weeks pregnant and gave birth to our daughter, Layla, who had to spend three months in hospital. Although we had planned to return to the UK, James got sick and received all of his care at a hospital in Dijon, Burgundy. I’m aware, however, that his treatment would have been much the same in the UK. 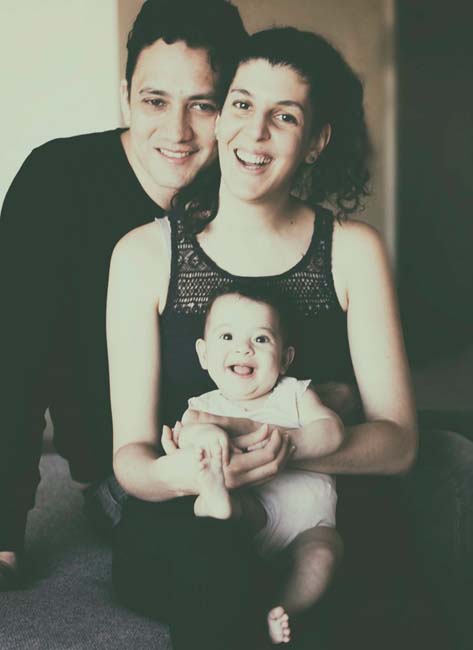 James had been tired for a while but I’d put it down to my difficult pregnancy, the stress of having to find work in France and us having a new-born. When he started waking up regularly in the night to go to the toilet, I thought that was odd and encouraged him to go to the doctor to get checked out for prostate cancer, which is something his father had had. Those tests came back clear and so in July we went on holiday to Tenerife but he started suffering from headaches and dizziness. He began having problems with his vision and so I arranged for him to have a scan, but that also came back clear so in September, the doctor organised for him to go to a sleep clinic so they could check his sleep pathways.

“It was there we were told James had sleep apnoea and his dizziness and headaches were the result of him not sleeping enough, which seemed to make sense.”

Between August and mid-October, I took him to the doctor eight times. The medication for his migraines was changed and there was talk of giving him a sleep mask for his apnoea but then in October he returned home from work saying that he’d almost collapsed and had been forced to interrupt his class and let his manager take over for him. He looked dreadfully pale and so I told him to go to bed and relax but seven days later he was still there. Every day I told him he needed to go to the hospital but he insisted on resting.

“I wish I’d done something sooner but, in truth, I know it wouldn’t have changed anything.” 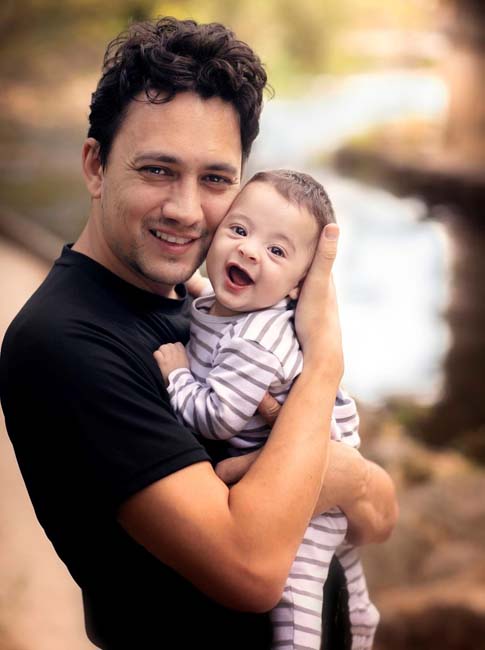 Things got gradually worse from then on. Our daughter fell over one day and James didn’t get up to go and help her, which was entirely out of character. I also told him that his grandmother had died and he didn’t respond, almost as if he wasn’t able to process or reflect on what I was telling him. He had gone days without eating, even though I’d tried to feed him, and then he started to vomit. The following day he started screaming that his eye was going to pop and that’s when I finally called A&E.

“Sadly, because of COVID regulations, I wasn’t able to go to hospital with James, which I hated because, although he spoke French, he didn’t speak medical French.”

After having tests for a number of things, including COVID, James was taken for an MRI and I immediately began to worry. I don’t know if he’d been googling his symptoms but he had been trying to delay going to hospital saying that he thought he might have a brain tumour. I actually found out about his diagnosis by text, when he wrote that they’d found ‘something small’ on his brain.

“I met with his doctors the following afternoon when it was explained to me that James had a tumour in his pineal gland and a build-up of fluid in his brain known as hydrocephalus.”

He had a small procedure to drain the excess fluid and, strangely, seemed to get worse before getting better. After a few days, we were told it was best for him to rest at home ahead of a debulking operation planned for 8 November and we made sure we spent that time together as a family. He was admitted a week earlier than expected after complaining of double vision, which we learnt was caused by swelling behind the eye closest to his tumour. That week was horrible as James would vomit if he moved even an inch, wouldn’t eat or drink and started taking a long time to go to the toilet. It was like his body was turning against him. 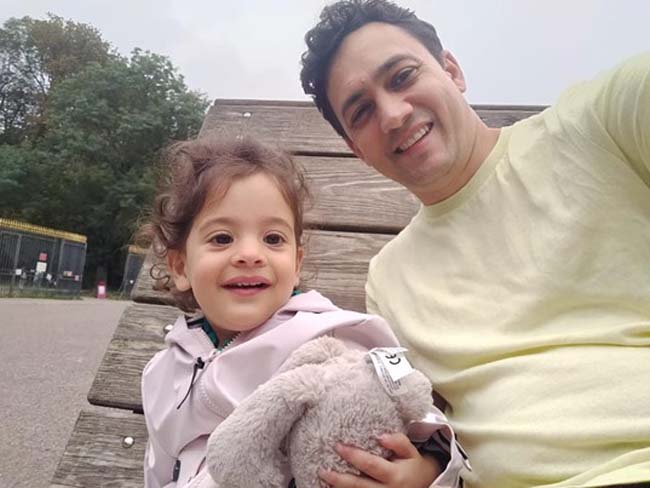 “We were warned that surgery would be risky because of the tumour’s location deep in the centre of James’ brain but he was in pain and wanted it taken out.”

The doctors ran through what to expect but I think I was in denial as they tried to prepare me for his potential death. He spoke to me and Layla on a video call the morning of the operation and told me he was grateful he was the one that was ill instead of me and that he would give his life for mine any day. I told him I’d see him tomorrow and that everything would be fine but I couldn’t have been more wrong.

“The operation took 10 hours and, although I was initially informed it was a success, James developed rare post-op complications.”

When the doctors checked his eyes, they noticed they were asymmetrical and knew straight away that something was wrong. They took him for a scan and saw an accumulation of blood and liquid. I was told that he had brain oedema and although they were trying to drain the liquid to relieve the pressure on his brain, he was in serious danger and could be disabled if he woke up.

That night I awoke feeling that something was seriously wrong. I called the ICU to ask how my husband was doing and was advised to get a family member to come and be with me. They told me the pressure in James’ brain had shot up a second time and they didn’t expect him to make it. I was told he was going to die but I didn’t want to hear it. I phoned my mum and asked her to come over immediately but I didn’t call the hospital back until 9.30am.

“I asked if James was still alive and they said: ‘yes but he’s probably going to die shortly so you need to come and say goodbye’.”

Actually, James lived for 11 days more but each day I was told it would be his last. He opened his eyes at one point but I didn’t feel like he recognised me. It was the worst 11 days of my life and, quite frankly, I thought I’d die before him due to the stress. It was during this time that I found out James had a grade 4 glioblastoma (GBM) and my life came crashing down. I had hoped James’ tumour would be a low-grade tumour and that he’d be able to recover but when I heard grade 4 I knew that wasn’t going to happen. 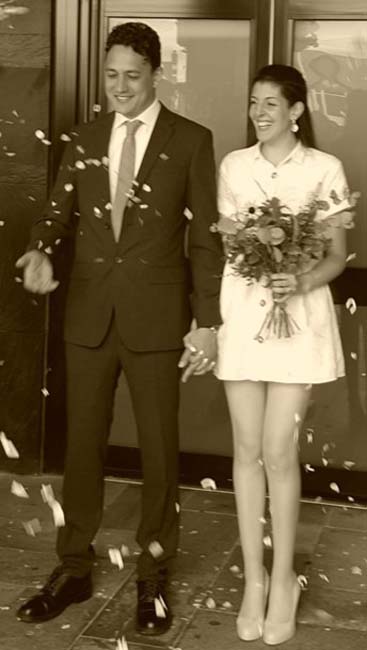 After seven days, they took James for another MRI and told me that all his grey matter had gone. He’d had the equivalent of several strokes and everything that made James a person was no longer there. I think that’s when I finally realised that he was going to die. GBMs are complicated but having one on the pineal gland is an even bigger beast and knowing that James had a rare brain tumour, followed by exceedingly rare post-op complications made everything so much worse.

“I kept thinking how random it all was and wondering why it was happening to us.”

James’ parents and brother came over from the UK and his cousin came from Madrid and after a few days James was taken off life-support. In France, families don’t have the right to make that decision, only medical staff do and as James’ brain was damaged and he had stage 4 cancer, we had no choice but to accept their decision. I was so angry but the ICU doctor told me I’d realise one day that they were acting in James’ best interest. I thought that maybe they were trying to rush his death to take his organs; obviously that wasn’t the case but I was trying to rationalise everything at the time.

“The doctors allowed everyone to say their goodbyes and even played a jazz playlist we requested as James slipped away.”

I held his hand as he took his last breath and his heart stopped. He died peacefully, which was kind of beautiful in a way. When you think about death you often think it’s going to be scary and loud but James looked beautiful and healthy from the outside, which is what made it so surreal for us as a family. 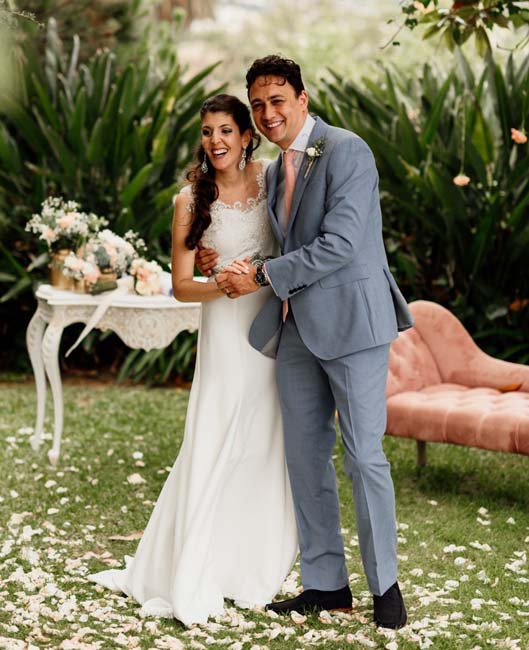 My relationship with James was a true love story; it began with love at first sight after fate intervened to put me in the right place at the right time and I feel that sharing his story is a nice way of honouring his memory. We need to change people’s perceptions of brain tumours and for me that means changing the narrative to make people realise that this could also happen to them and the people they know and love. We have to do more. 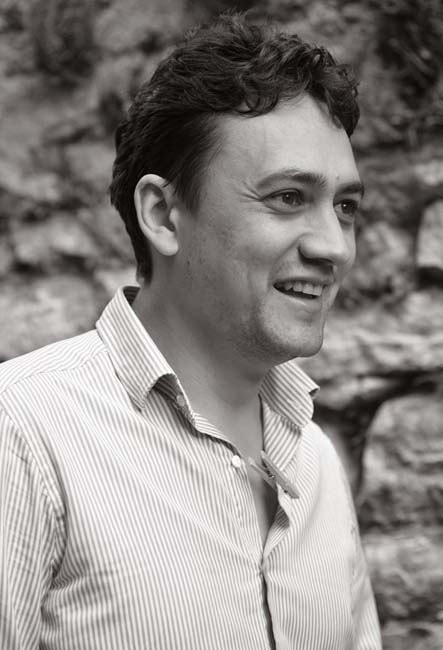