Ian Lowe’s brain tumour story is yet another example of how cruel and devastating the disease often is, and how desperately a cure needs to be found. After a routine cataract operation, the 56-year-old was told the disturbing news that a mass was sitting behind his eye. Ian was then diagnosed with a large and aggressive CNS lymphoma and his treatment options were extremely bleak. Just two months later, on Valentine’s Day 2017, Ian died, leaving an irreplaceable hole in the lives of his family.

“In hindsight, Dad wasn’t quite right. He wasn’t himself. We’d be talking about one thing and he’d get confused and answer about something completely different. I guess we all just put it down to the fact he’d had a few drinks and, Dad being Dad, he just laughed it off and made a joke out of it. A moment that upsets me now, looking back, was when we said our goodbyes and he gave me such a heartfelt hug, it was as if he somehow knew he might not see me again.”

Here is Ian’s story, as told by his daughter Julie…

My dad was a taxi driver but he had his hands into everything: you’d always find him in his overalls after work fixing cars, out fishing on his boat, on his motorbikes or anything with an engine. He was a family man too and never put himself first. Even after he separated from my mum, he always looked after us and made sure we didn’t go without. Whether it was driving me up and down the country to football matches of just being there for a chat, he was always there for me. Our bond was so special and I’ll never forget the lengths he would go to make me happy.

The downside of him caring for me so much though was that he kept bad news from me. In early 2016 an X-ray found a mass in his lungs and he didn’t tell anyone. He was a proud man which I think was what stopped him telling the family or even going back to the hospital for further examinations and treatment.

Following that he began having problems with his eyes such as double vision. Considering his job, this was no good and he was forced to stop working and go to the doctor. It turned out to be cataracts and as he was having surgery to fix this, the surgeon found something behind one of his eyes. As always, he downplayed it to me and just said: ‘Julie don’t worry, I’m going to get treatment and I’m going to get better.’

Christmas came around and my partner Richard and I travelled up from Chester to my hometown of South Shields to be with my family. In hindsight, Dad wasn’t quite right. He wasn’t himself. We’d be talking about one thing and he’d get confused and answer about something completely different. I guess we all just put it down to the fact he’d had a few drinks and, Dad being Dad, he just laughed it off and made a joke out of it. A moment that upsets me now, looking back, was when we said our goodbyes and he gave me such a heartfelt hug, it was as if he somehow knew he might not see me again.

The real turning point came the next month in January 2017. My aunty called saying Dad had collapsed and had been rushed to hospital with a suspected stroke. When I got there, he didn’t know who anyone was or what was going on. I couldn’t believe what I was seeing.

They ruled out a stroke but then thought he might have encephalitis instead and gave him a lumbar puncture, an MRI scan and a biopsy to find out what was happening, and we were all horrified to hear it was a large and aggressive CNS lymphoma. That point onwards is such a blur; I was reeling from the news but just had to power through and be there for Dad. We discussed his options with the consultant but they concluded he wasn’t strong enough for chemotherapy. He was only a small man with not much weight on him.

Instead they tried antibody treatment and said we should see a change in him within a few days. We were devastated when absolutely nothing changed. He did have some good days but the bad days were especially bad. The dad I knew disappeared right before my eyes – it was if he turned into a child. His personality changed too; he became frustrated and angry all the time, although that situation would have tested anyone.

He had such a rough time during those few weeks; he caught pneumonia and was on a ventilator most of the time, slipping in and out of consciousness. The days rolled into one and Dad was just deteriorating so rapidly. Just a week after the antibody treatment, Dad was nearing the end. It was Valentine’s Day and love was certainly in the air, but sadly it was in the form of us saying our final goodbyes. He was given morphine to make him comfortable and he took his last breath that afternoon.

We gave him the best send off at South Shields Crematorium, complete with bagpipes as a nod to his Scottish roots.

It’s been nearly 18 months now since Dad left us and I still struggle with how quickly the brain tumour took hold of him. I take each day as it comes and thankfully here in Chester I’m not faced with constant reminders.

I had no idea how a brain tumour could destroy someone’s life like that and it saddens me that research into a cure is so underfunded. This is why I’m taking part in the Great North Run in September in aid of the Brain Tumour Research charity. I hope that, one day, brain tumours will be a thing of the past and no one else will have to experience this horrific disease.

If you have been inspired by Ian’s story, you may like to make a donation via https://www.justgiving.com/fundraising/julie-lowe14 leave a gift in your will via www.braintumourresearch.org/legacy 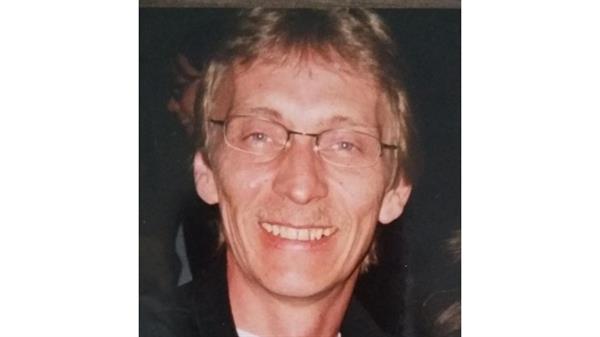