Sports enthusiast, Ethan from Sandhurst in Berkshire was diagnosed with a glioblastoma (GBM) as he prepared for his GCSEs, aged 15. Severe headaches and slurred speech led to an MRI scan which revealed the shocking discovery of a mass on his brain. Over the course of two years, he had three operations and developed epilepsy as a result of treatment for the tumour. Desperate to save their son, parents, Nikki and Justin found treatment trials taking them to Germany and London. However, the tumour was too aggressive and Ethan died at home on 26 November 2021.

Here is Ethan’s story, as told by his parents, Nikki and Justin…

Our beautiful boy was incredibly active and had a busy life for a 15 year old. He was preparing for his GCSEs in October 2019, studying between playing football and basketball. Sport was his passion, and he held an impressive CV of sporting activities to leave anyone beaming with pride. His achievements included being awarded player of the season at Crowthorne Cricket Club, he was signed for Aldershot academy for two years as goalkeeper, played conference and academy level at basketball, and completed his FA referee certificate to ref games. 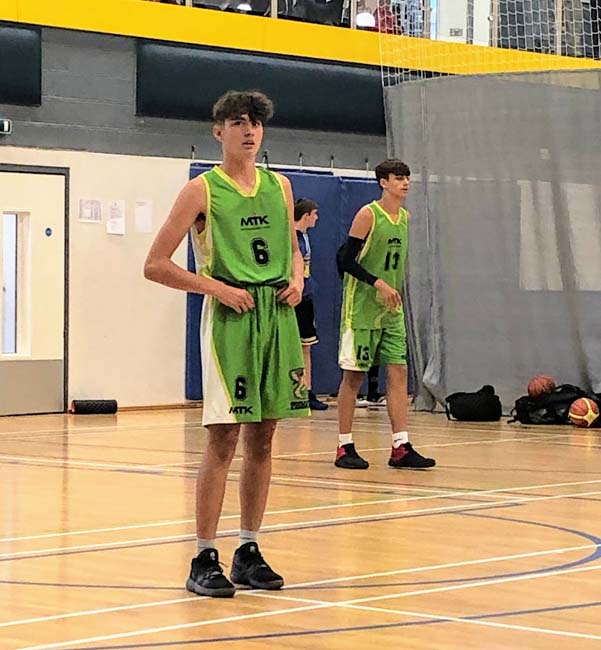 Ethan successfully completed his Duke of Edinburgh Award (DofE) which saw him volunteer as coach for the U10's Yateley basketball team, and go camping and orienteering, often at weekends. He was a very active, fit and healthy young man.

It was on a Monday after one of Ethan’s long weekends working towards his DofE Award that had him complaining of a headache. Justin and I were concerned but thought it could be from a busy weekend. Over the next few days the pain became unbearable.

By Wednesday, Justin received a text from him Ethan who was at school which read: “I can’t find my words I need a doctor’s appointment”. From that moment, everything happened in quick succession.

Ethan saw the doctor that afternoon and was referred to Frimley Park Hospital in Camberley for an MRI scan. We had a call that same evening with the results.

“The scan showed a 4cm tumour on Ethan’s right frontal lobe and he would need a biopsy to determine the type and treatment options available.”

We knew our lives would never be the same and our world fell apart.

Results came back confirming the tumour was a glioblastoma (GBM). We were told that because Ethan was considered a child in medical terms, he would be offered a second surgery and that was telling of how serious the diagnosis was.

Within three-and-a-half weeks of being diagnosed, Ethan had already undergone two surgeries.

Ethan developed epilepsy as a side effect of the radiotherapy  – having his first seizure on his 16th birthday at the end of January.

Before he re-started chemotherapy we took Ethan to New York City along with a couple of his close friends who also loved basketball. We got to see Ethan live out a dream of watching his favourite sport before everything would change completely. 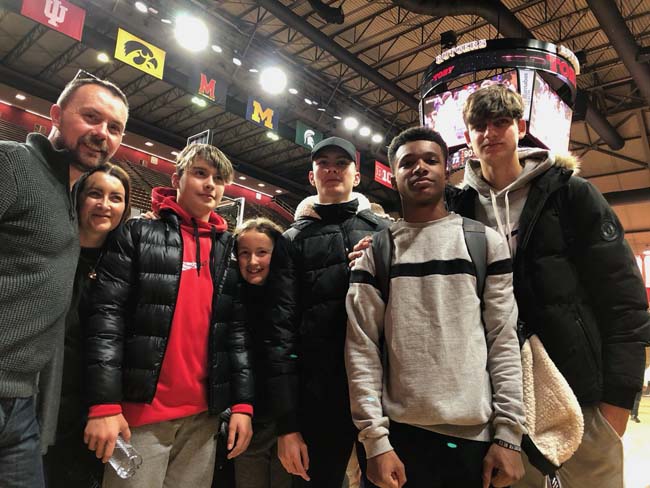 He had six weeks solid of radiotherapy at University College Hospital in London followed by nine months of chemotherapy which finished in October 2020.

“Not once did Ethan complain. He stood strong in the face of this awful disease.”

His attitude to treatment and trying to continue living life to the full left us feeling humbled and amazed. His daily routine of taking 26 tablets split over morning and night regimented his day. He had three alarms set to take a mix of vitamins, chemo, and seizure medication. All of this to give our son a quality of life. 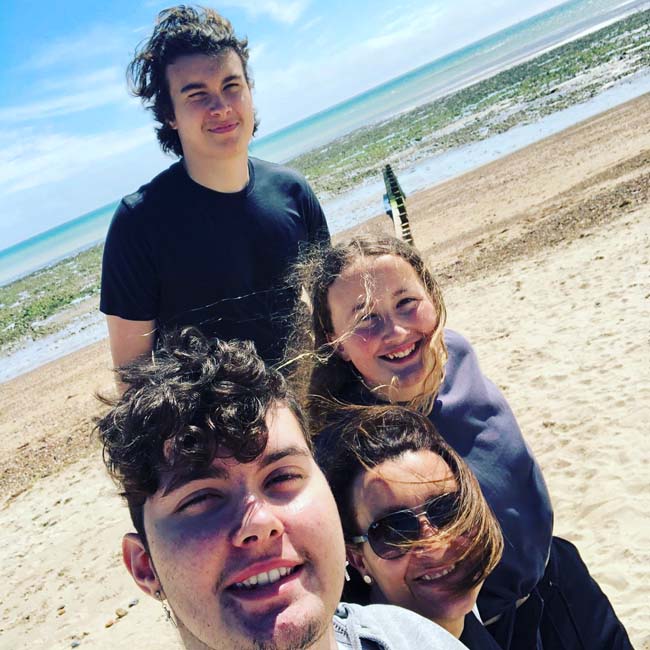 We set up a fundraising page for treatment which wasn’t available on the NHS, to help us pay for trials to help extend Ethan’s life. It included freezing a tissue sample (which saw Ethan undergo a third craniotomy on 20 January 2021, and genetic profiling to better understand the characteristics of the tumour which could later be used for treatment in Germany.

Around the same time that Ethan was diagnosed, popstar Tom Parker was living with the same tumour type. Justin and I followed his story closely. This fuelled our commitment to doing everything within our power to help Ethan, even though we had to make decisions not knowing the impact they would have due to the fast and aggressive nature of the tumour – just doing the best we can. 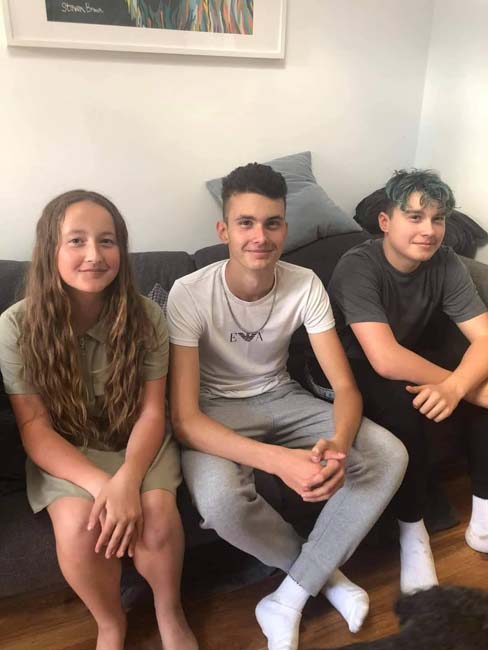 Throughout everything, Ethan was a fighter and dug deep to hold on and stay strong for his family, including his two siblings who were 11 and 13 at the time. Although he knew it was cancerous, he never knew the prognosis.

“Despite everything, Ethan started college in September 2020 where he had a month of some kind of normality.”

In November his seizures were becoming daily which we thought could be an imbalance of his medication. But his follow up scan in December 2020 showed a reoccurrence of the tumour just days before Christmas.

We were beyond devastated.

Heartbroken but determined not to give up we had to face up to the reality that we had reached the boundaries of treatment options in the UK. Our research took us to Cologne in Germany for immunotherapy treatment which we paid for privately at a cost of around £150,000. Friends, families and strangers all donated towards this. It did shrink the tumour but as Ethan became too poorly to travel, he couldn’t continue with treatment.

A massive seizure in October 2021 left Ethan with little to no mobility in his arms and legs. He’d sometimes have six or seven a day. If we could, and if he felt up to it, we still tried to get him to watch basketball which was his true passion.

Ethan died on 26 November 2021 at home in his bedroom, in a place he loved, surrounded by people he loved and who loved him deeply.

What’s soul destroying is the mere percentage of funds given to brain tumour research, just 1% of the total cancer research spend, despite the fact they kill more children and adults under the age of 40 than any other cancer. 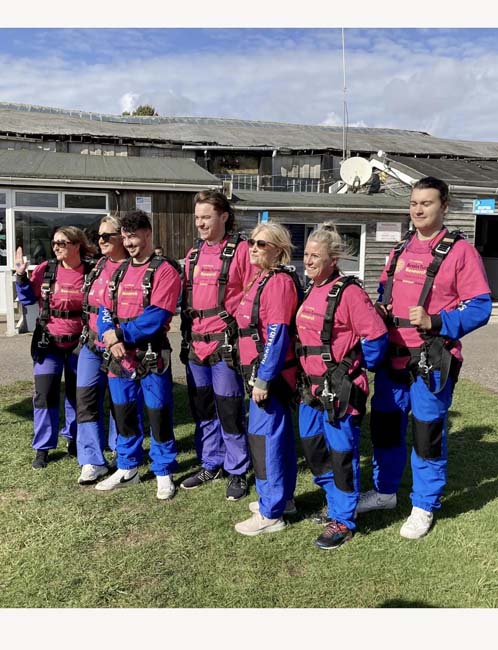 In November 2022, a dozen friends, and family members took part in a skydive to remember Ethan, raising more than £5,500 for Brain Tumour Research. We set up a Facebook page called ‘ A New Hope for Ethan’ which has now become a tool for other families living through their own diagnosis.

Our focus has changed to campaigning and fundraising towards better treatment options and eventually a cure for brain tumours so we can rewrite the future of people diagnosed with the disease. 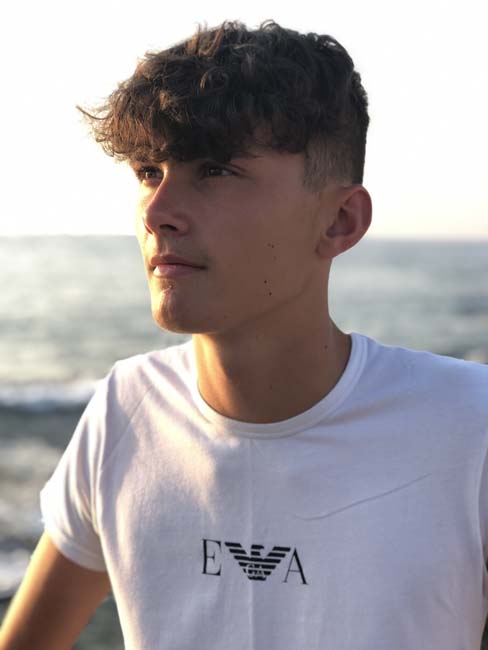