We are grateful to Edie and her dad Craig, who worked with us in December 2019 to share her story here. Sadly, Edie passed away on 26th January 2021. We remember Edie as we continue our work to raise awareness of this devastating disease and to fund research to help find a cure. She will be forever in our hearts.

On 16 November 2019 Edie Jackson’s parents noticed her left eye had started turning inwards and she was developing a squint. Six-year-old Edie, from Waltham Abbey in Essex, also mentioned double vision, so her mum and dad booked an optician’s appointment for 20 November. Just days later, after an urgent referral to hospital, they were told the devastating news that Edie had an aggressive, inoperable brain tumour.

The optician referred us to the GP and we were sent a letter to be referred urgently to be seen by a specialist. We immediately felt very nervous seeing the word ‘urgent’ on the referral letter, so we booked a private appointment at Moorfields Eye Hospital in St. Luke’s, London, to make sure she was seen as quickly as possible. From there we were sent the same day to Princess Alexandra Hospital in Harlow for an MRI scan and within a few hours we were told Edie’s eye problems were being caused by a brain tumour. 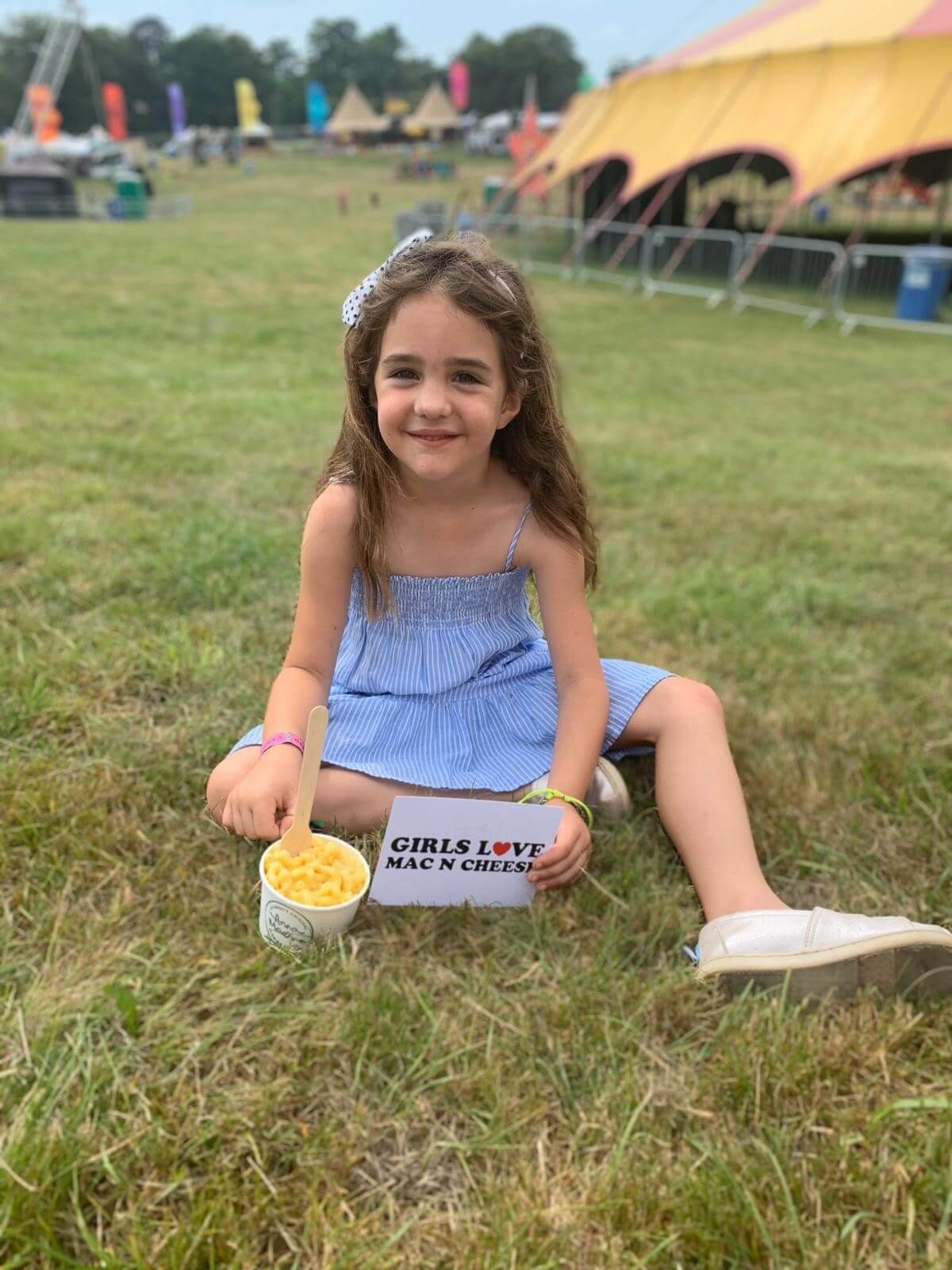 The results of the MRI were sent to Great Ormond Street Hospital (GOSH) and once the scans had been reviewed, we were transferred to the care of GOSH.

“On 27 November the worst possible news was confirmed; not only did Edie have a brain tumour, it was an aggressive, high-grade tumour called a Diffuse Intrinsic Pontine Glioma (DIPG).

DIPG in all instances is classified as a high-grade (fast growing), grade 4 brain tumour, which means that it is also brain cancer. DIPG is found in a part of the brain stem called the ‘pons’. The pons controls essential bodily functions such as heartbeat, breathing, swallowing, eye movement, eyesight and balance. DIPG is the deadliest form of childhood cancer with average survival from diagnosis between just eight and 12 months. Unlike many brain tumours, a DIPG tumour cannot be removed through surgery. Attempting surgical removal of a brain stem tumour would likely cause severe neurological damage and could even be fatal.

“My wife, Lois and I are utterly devastated and heartbroken. Having to contemplate losing our beautiful little girl is something we will never ever come to terms with and is something that makes us feel numb whenever we think about it for too long”.

At the same time, a resolve and determination has come from it. We know we have the biggest fight of our lives on our hands but we are ready to fight this awful disease head on and with everything we have got. We will do anything we can to save Edie. We have thrown ourselves into almost around the clock research; exploring specialists, clinics and the potential treatment options available to us. 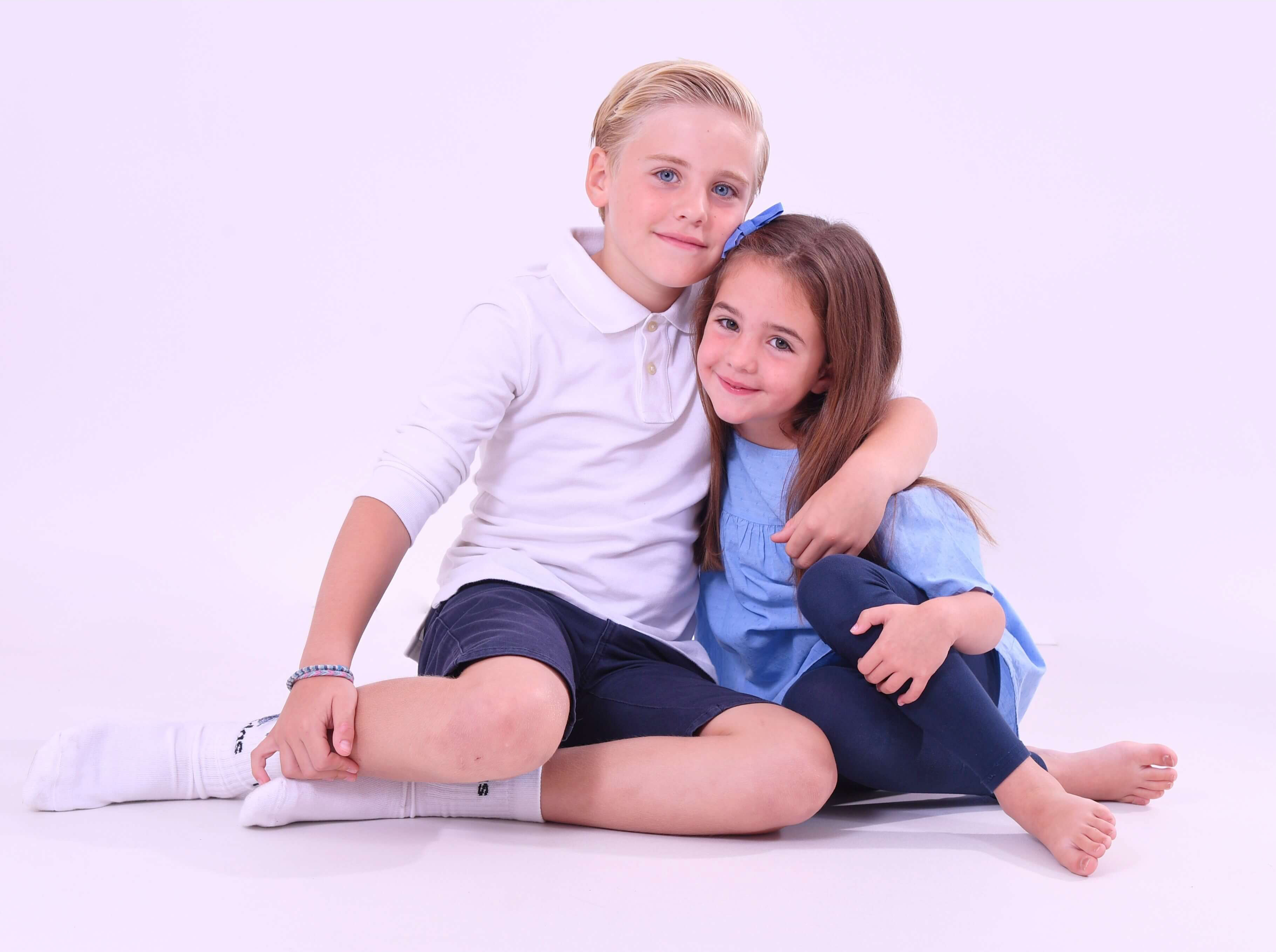 Edie started her intense 13-day radiotherapy treatment on 2 December, just a week after finding out she had a tumour. Radiation is part of the standard course of treatment for DIPG patients, as it is the only form of treatment that has proven benefits. Radiation can cause the tumour to shrink, however this is only temporary and does not increase chances of survival. The tumour almost always begins to grow again within months.

“Our Edie is such a smiley, happy-go-lucky, little six-year-old girl. She loves performing and is a gentle soul, who is loved so much by everyone, especially her doting big brother Charlie, who is nine.” 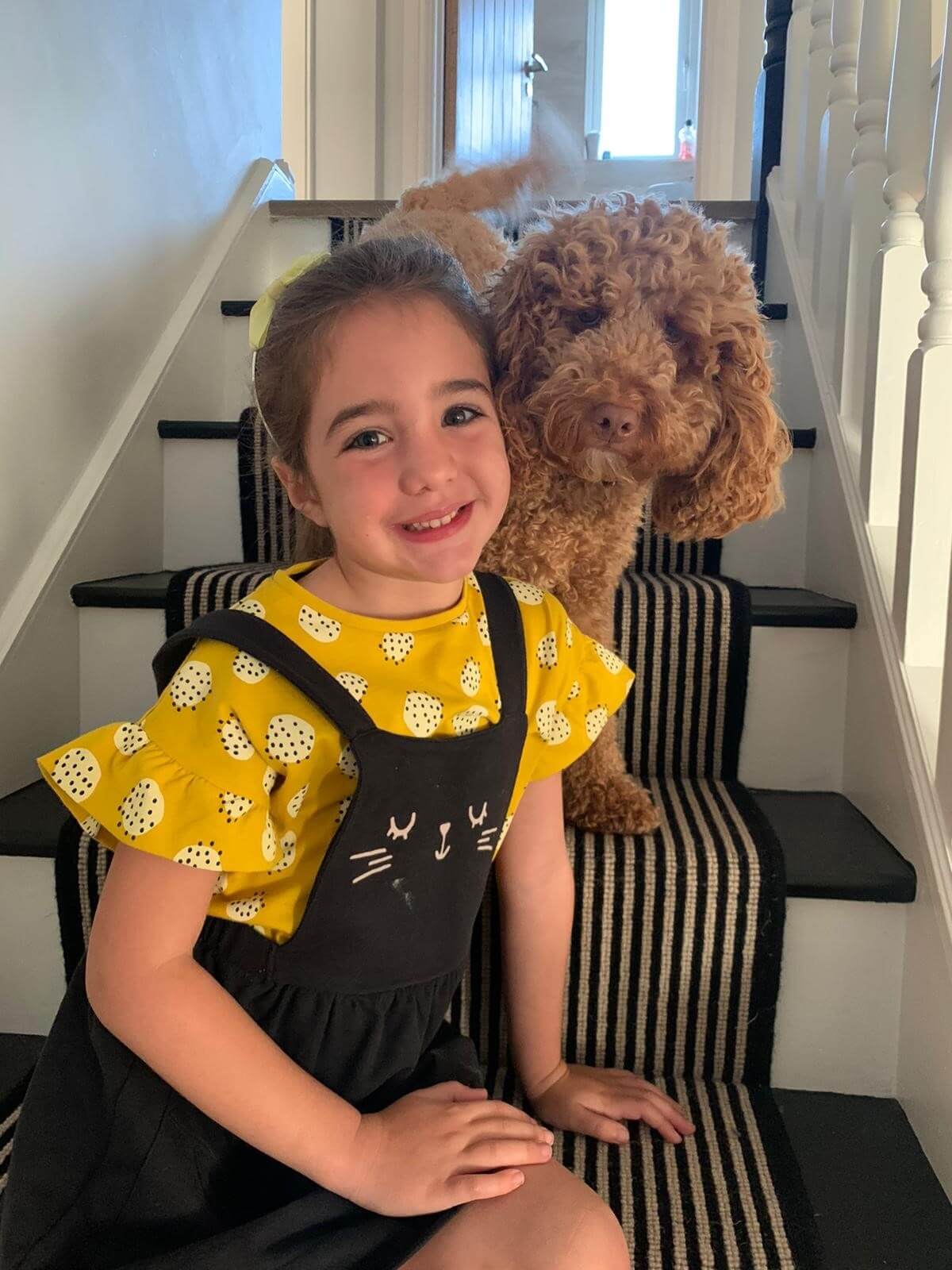 During her treatment Edie has been an absolute star; so brave and strong. She had a custom mask made to allow accurate, consistent positioning of the head for each treatment and that helps her to remain still during the procedure. An artist from a charity comes to the hospital and paints whatever the children would like on their mask. Edie chose her beloved dog Coco and baby cousin Matilda. Many children have to have general anaesthetic to have their radiotherapy masks made and to actually go through the treatment. Not our Edie! After some initial upset, she now goes in happily, sets herself up on the bed and lays perfectly still, while we read her a story via the walkie talkie. 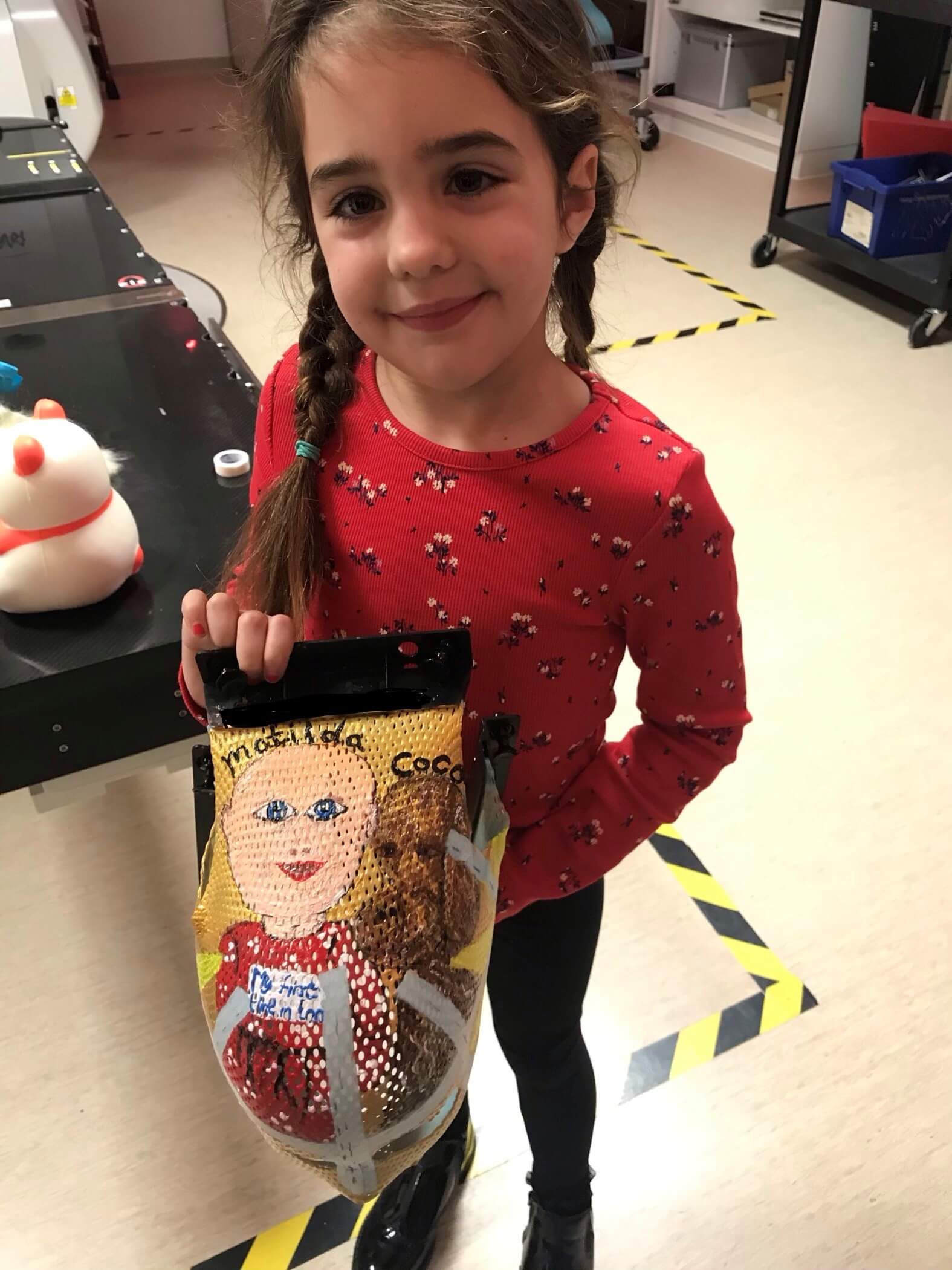 Beyond radiotherapy, you quickly learn that there are so many amazing specialists all over the world, dedicating their lives to try and find an effective treatment strategy for DIPG. At the moment, these treatments are in the form of clinical trials whereby medics are trialling different drug combinations in an attempt to find something that can combat this cruel disease. The reality is that these treatments are only trials and offer no guarantees, but we haven't even considered not trying. Another frustration with DIPG is its unpredictability. 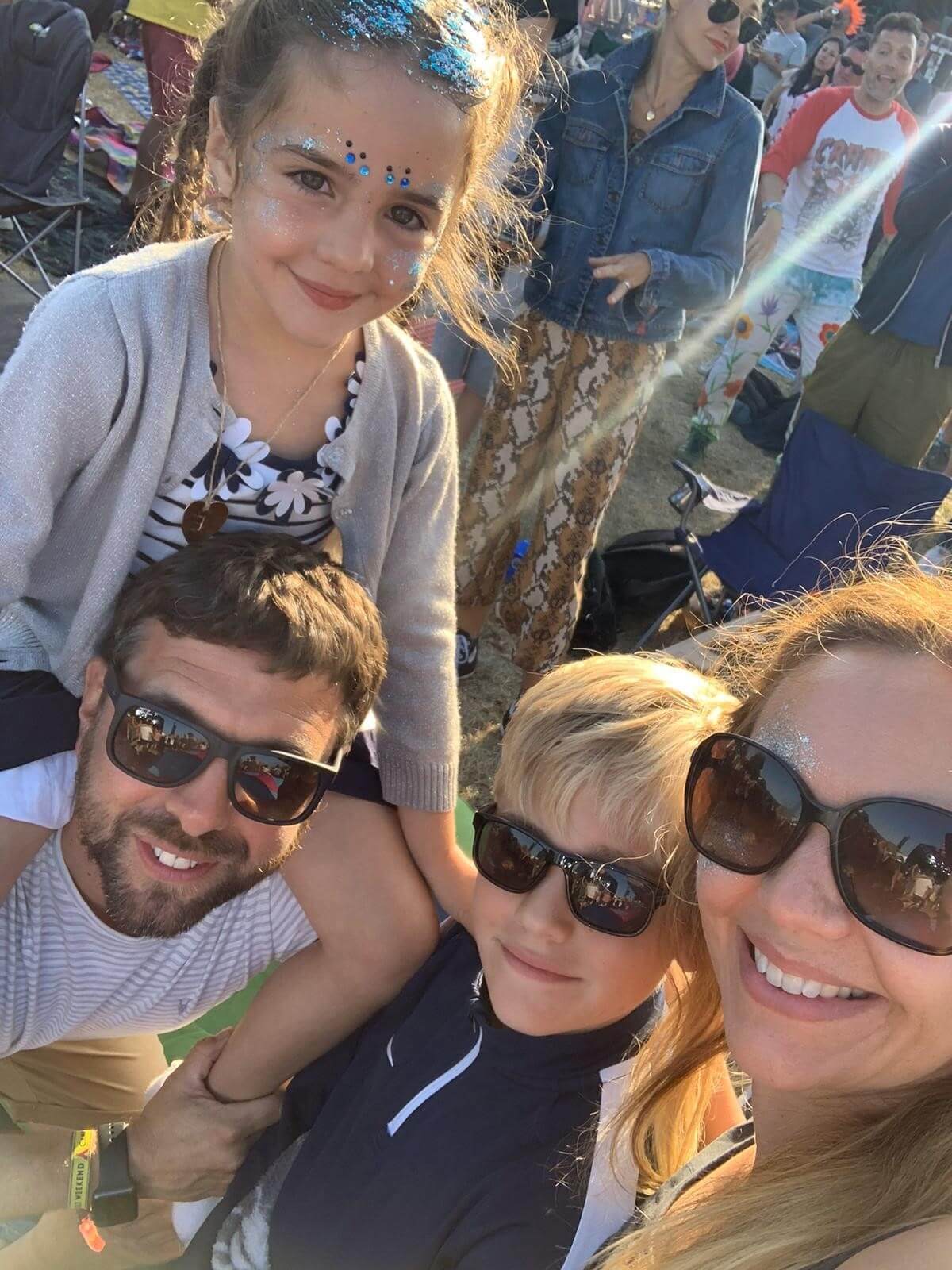 “You can only hope that what has not worked for a number of people before you, will deliver a different result for us. This is something we live in hope of every single day.”

Edie’s radiotherapy will finish on 18 December, which is why we need to act quickly to find and make a decision on her next course of treatment. Whether we seek additional medical treatment in the UK or abroad, it will need to be privately-funded and will be extremely costly. 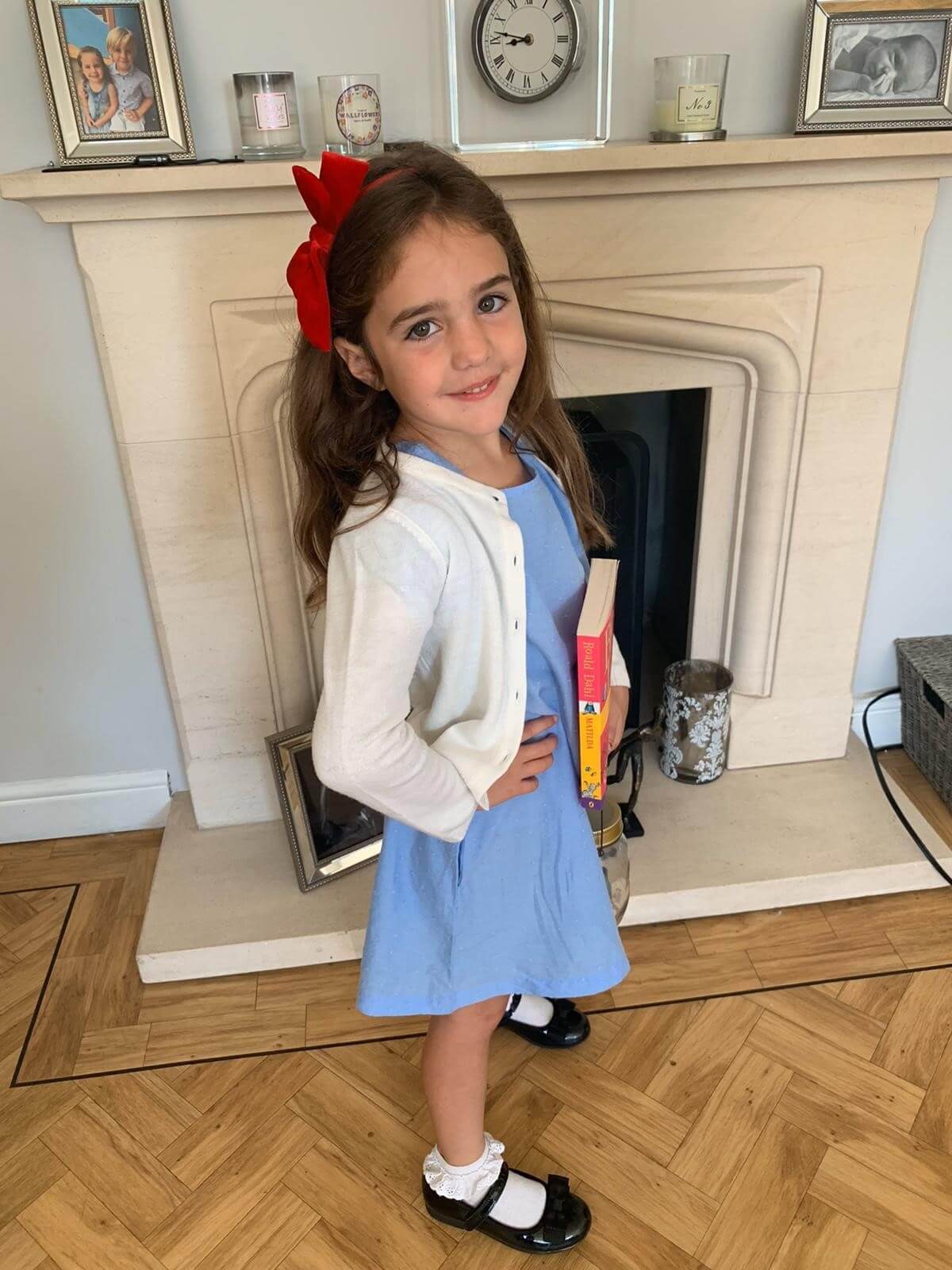 Edie’s aunt and uncle took the step of starting a GoFundMe page and a Facebook group called Edie’s Fight. We just didn’t have the head space to do it ourselves and we want to focus 100% on Edie. The harsh reality is that illness and disease does not discriminate and whilst we would trade everything for Edie to be ok, we are going to need some financial help. We could never have been prepared for this. I work as a heating engineer and Lois is a fashion account manager. Our work situations will have to change, as life has been turned upside down. The response and generosity we have received so far is overwhelming and we are so grateful. Our fantastic little community of Waltham Abbey and the surrounding area has really pulled together to show their support. 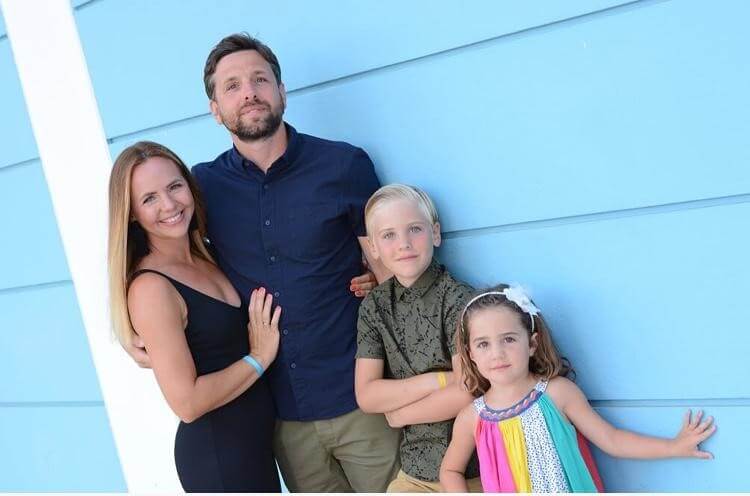 “Made up of friends, family and sometimes complete strangers, the community has rallied round with monetary donations, offers of help and ideas for fundraising events. We have an amazing calendar of events planned for the next six months, all in aid of our beautiful Edie.

DIPG affects very few children every year in the UK meaning awareness and funding are worryingly and frustratingly low. We are also looking to publish a petition for additional DIPG funding and research and will need 100,000 signatures for it to be considered by the petitions committee for debate in Parliament. 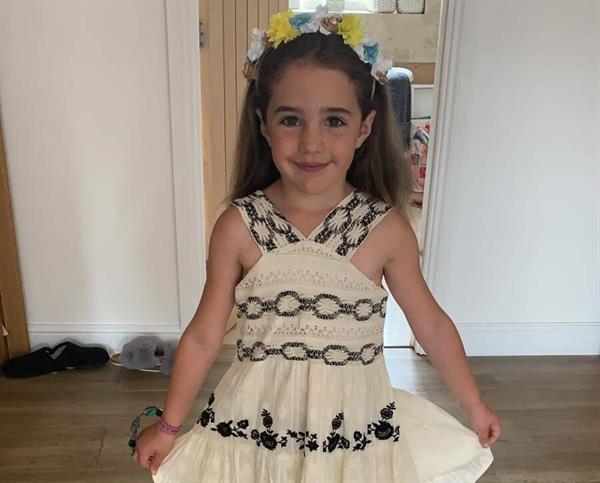