In the beginning Diana only had very vague symptoms like never seeming to have enough sleep, or having a bit of a headache.  But as her youngest child, Finlay, was just two years old neither she, nor the family took it seriously.  However, around Christmas-time, there were various odd things which didn’t seem to stack up.  Diana seemed a bit vague, like she was not really listening, and not always understanding.

Then came a week when Diana felt quite unwell and stayed in bed.  On the second day she got up to go to the GP who suggested she go to the hospital for blood tests, which she did with difficulty.  By Friday when Diana was leaving cups of tea untouched and complaining she had such a headache, I became really concerned.  I called the doctor and insisted he came out to her and I also called her husband, Nick and suggested he came home.  I thought Diana was having a mental breakdown or was very ill.
The doctor had Diana admitted to High Wycombe hospital where she had a scan.  They found a big shadow across her brain.  Finally - a diagnosis.  It was a relief to find that Diana was not having a breakdown.  We believed she could be operated on and get better, which surely must be preferable to a long-term mental illness.

We were told that Diana should be in the Radcliffe Infirmary in Oxford, but there were no vacancies.  Sunday was my birthday and everybody, including Diana, was due to come to my house.  The hospital allowed Diana to come and she ate prodigiously – a huge plate of steak and kidney pie.  The first meal she had eaten for days and the last proper meal she ever ate…  Having eaten, Diana was violently sick and retired to bed.   Her father and her husband took her back to the hospital.  We realised then how ill she was.

The following day (Monday) Diana was admitted to the Radcliffe.  It was strange that Diana was returning to Oxford.  We were such proud parents when she became one of the first girls to be admitted to St John’s College, Oxford, 22 years earlier, going on to be awarded a Double First in Psychology.   Now she was telling the children that she was going back to Oxford, to hospital, and she would be able to hear all the bells she used to hear when she was at college - she always complained that you couldn’t get a decent night’s sleep in Oxford for all the church bells tolling!

For the first two days Diana was awake and conscious.  But the diagnosis was that she had a very serious brain tumour, which was very frightening.

Within a couple of days Diana was lying in bed with her eyes closed.  By Sunday the side of her head was swelling up quite alarmingly and Sandy insisted that something had to be done that day.  We couldn’t wait until Monday.  The surgeon was called and agreed that Diana needed an immediate operation.
He came back much later to tell us that he had been able to remove 55% of the tumour.  We thought that was wonderful….  But our hopes were shattered when he gave us the devastating news that she had a grade IV glioblastoma multiforme and probably had a life expectancy of six to nine months!  We had never allowed ourselves to think she would die and still could not accept it.

Sandy was desperate to find anything he could that might help.  He rang everyone – scientists, neurosurgeons, charities etc about drugs, treatments, anything.  He wouldn’t let Diana give in or the family give up on her.

In fact, Diana only survived another couple of weeks.  And all the time she was in hospital she had family and friends with her.  We never left Diana alone, not even at night when Sandy was allowed to sleep on the floor beside her bed.   We did everything to make her happy and to ensure we had some lovely final memories of her.  I remember that even though she couldn’t talk, open her eyes or smile, you could see the edge of Diana’s face crinkle when we had amused her, and she would squeeze your hand to let you know she was aware.  We sang a lot of Donny Osmond songs to her as Diana had loved them so much as a girl.

When Diana died, as you can imagine, our major concern was for her poor husband and three very young sons.  The two older ones particularly understood exactly what had happened and were very shocked.  It was extremely hard for them.

Diana was so well known that many friends and family members wanted to come to the funeral from all corners of the globe.  We had to put off the funeral for three weeks to allow people from as far afield as Africa, America and Australia to sort out travel arrangements to get there.  We were already being inundated with so many flowers that we decided that we would rather people gave a cheque towards brain tumour research.  It was a great comfort to be able to provide an electron-microscope from the proceeds to Professor Geoff Pilkington, an eminent research scientist, and his team at Portsmouth University.

Sandy then set about forming a charity to fund brain tumour research in Diana’s name.  He felt he had to get involved to make sense of his loss by somehow making a difference for other brain tumour patients.  Sandy went on to campaign tirelessly for the formation of an alliance of brain tumour charities, recognising the power of working together.  In 2008 the Diana Ford Trust agreed to re-register as Brain Tumour Research enabling the new charity to make use of the Diana Ford Trust’s cash deposits to fund the first stage of the new brain tumour awareness campaign. 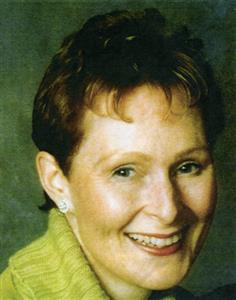