Debbie was diagnosed with an aggressive glioblastoma (GBM) brain tumour just a short while after getting together with her partner Phil Holding, who she met at work. Having private health cover, Debbie underwent surgery and was treated at Harley Street Clinic, but survived just 13 months after diagnosis, passing away seven weeks before her daughter Vicky’s wedding, which she had been so involved in planning.

“Straightaway, I knew what was coming; I recognised the signs from when I lost my mum nine years previously. I checked with a nurse and she confirmed the worst. At 7am I called Debbie’s family and by 9am her brothers and sisters, her son, and mum and dad had all arrived. At midday on 21 July 2018, Debbie passed away, aged 58, with all of us by her side. Sadly, her daughter, who had been away on her ‘hen’ weekend arrived an hour too late.”

Here is Debbie’s story, as told by her partner Phil…

Although I had known Debbie for about 20 years since she came to work for my company, Horizon Construction, the two of us became close over the years and, after our respective separations, finally got together. We always imagined we would grow old together.

Debbie was older than me by eight years, but always seemed very young and looked and behaved at least 10 years younger than she actually was.

She was very family-oriented and loved clothes shopping and travelling – we had some lovely holidays and weekends away – and enjoyed going to concerts, especially if it was Take That, Robbie Williams or Michael Bublé (or Micky Bubbles as I called him just to wind Debbie up).

In around March or April of 2017, people started to notice that Debbie wasn’t quite on top of her game, particularly at work, which was very unlike her. Just before I went away in May that year to do a cycling fundraising challenge from London to Paris, I had asked Debbie to do a few simple things which she got completely wrong. I put it down to the stress of helping to plan Vicky’s wedding.

While I was away, Debbie and her best friend Denise went to a Take That concert at Wembley and Denise came away quite concerned about Debbie’s behaviour. She called Debbie the following morning to check she was OK, but Denise was still not convinced and brought her concerns to my attention when I returned. I agreed with Denise and asked Debbie to go to the GP, but she was sent home having been told that it was all down to stress.

The following day, Debbie was no better so we went back to the GP together but were both fobbed off and came away with the feeling the doctor was annoyed with our return visit.

That evening Debbie had a mini-stroke at home and went to A&E at Colchester General where she had another one. The next morning, we were told that a scan had revealed something in her brain. It was such a shock.

Fortunately, we had private health cover so I took Debbie straight to Harley Street where they gave us the devastating news that it looked like she had a glioblastoma multiforme (GBM) brain tumour. A few days later, Debbie had surgery at Harley Street Clinic, followed by the gold standard treatment of radiotherapy and chemotherapy – her six weeks of radiotherapy involved travelling to London on the train every day. She then had 20 days of temozolomide, along with a supplement of valganciclovir (which has been shown in clinical trials to help extend the lives of GBM patients by a few months). We were fortunate that the GP agreed to prescribe valganciclovir and that we didn’t have to pay for it privately.

Debbie had been given a survival prognosis of 12 to 18 months and for the first 11 months she did very well. She was having scans every three months and to start with we were so happy because the tumour was shrinking. However, after the nine-month scan, we were given the news that the tumour hadn’t shrunk so much. She had another scan a week later which showed no change at all and two weeks later, yet another scan revealed that the tumour was now double the size it was before Debbie’s surgery. It was completely devastating.

In July, Debbie went into St Helena Hospice in Colchester for a week or two of respite, not end-of-life care, to try and get her medication under control. She was admitted on a Friday and the following Friday one of Debbie’s five siblings, her sister Amanda, was visiting and came away in floods of tears. Apparently, Debbie had been over-loving and over-protective and had been asking Amanda to look after me. That evening I had a very similar experience with Debbie urging me to take care of her kids – Vicky and Matthew, who were 29 and 24 respectively at the time.

At 2am the following morning, I had a phone call from the hospice to say that Debbie was very anxious and wanted me. I was round within five minutes as we lived so close.

Straightaway, I knew what was coming; I recognised the signs from when I lost my mum nine years previously. I checked with a nurse and she confirmed the worst. At 7am I called Debbie’s family and by 9am her brothers and sisters, her son, and mum and dad had all arrived. At midday on 21 July 2018, Debbie passed away, aged 58, with all of us by her side. Sadly, her daughter, who had been away on her ‘hen’ weekend until she had the call to come home, arrived an hour too late.

On 28 August, Debbie would have been 59. It was a very difficult day for us, made worse by the fact that we had already started making plans for what we were going to do the following year to celebrate her 60th.

Seven weeks after we lost Debbie, Vicky got married. Again, it was very tough, coming so soon after Debbie’s passing, but we made the best of the day, which Debbie had been so involved in planning.

We had expected to still have Debbie with us this Christmas, but instead we are facing it without her. We are all getting together to help each other through this painful time. I am very fortunate to be so well looked after by Debbie’s family even though I only got to know them over the last few years, since Debbie and I got together.

The last hurdle which remains will be interring Debbie’s ashes at Colchester Crematorium on 4 January 2019. In some ways this feels like closure, although I will never get over losing Debbie.

Now I am trying to focus on giving something back for the few precious years Debbie and I had together.

It was really shocking to discover that the level of research funding for brain tumours was so very considerably lower than, for example, breast cancer. We have to do something to change the terrible life expectancy following a diagnosis with a GBM. Treatment has barely changed for the last three decades and it’s appalling that across patients diagnosed with all types of brain tumours, less than 20% survive beyond five years compared with 50% across all cancers.

All of Debbie’s brothers and sisters, along with her work colleagues and friends, including Denise (who was also a colleague as well as her best friend) want to get involved in fundraising for the Brain Tumour Research charity and we are currently looking into a big fundraising challenge to do next year. 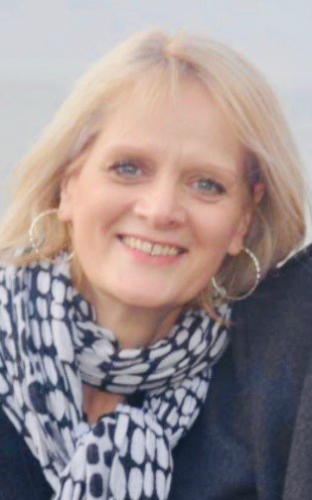