Daniel Franklin, a kitchen assistant from Worthing, West Sussex, was diagnosed with a glioblastoma (GBM) in October 2020 after suffering with balance problems and sickness. The location of the tumour on his brain stem rendered it inoperable but he did have radiotherapy. He went on to have chemotherapy, which proved ineffective, and a second round of radiotherapy, which he complemented with holistic treatments. Sadly, from August 2021, his health began to deteriorate and he died at home three months later at the age of 26.

Here is Dan’s story, as told by his father Tony…

Dan was incredibly funny; he had a great sense of humour and, like me, loved football and supported Chelsea FC. We were very close and watched all the Chelsea games together. He was also a great gamer and the ‘tech guy’ in our family. In fact, many of his gaming friends have reached out to us since his death to tell us how much he meant to them. He had a lot of friends and it’s obvious that we, his family, aren’t the only ones that miss him, but he was the eldest of our two children and spent a lot of time at home with his mum, Sharon, so she is completely devastated and still struggles to talk about him. 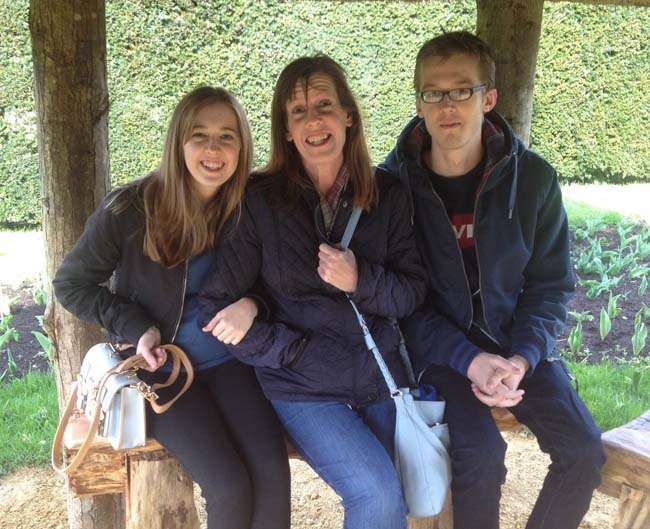 His shock brain tumour diagnosis came in October 2020. We would go out for walks during lockdown and he’d lose his balance and walk against me a lot of the time. He was on medication for anxiety and, at first, I assumed it was a side-effect from that. Then he started experiencing nausea and sickness and his balance problems worsened.  Thinking it could be something to do with his hearing or inner ears, I took him to Worthing Hospital where a doctor sent him straight onto a ward and ordered him to have an MRI, which is when they discovered a mass on his brain.

“That night Dan was transferred to Brighton Hospital where they did more scans leading to more bad news.”

We found out that the tumour was on his brain stem which makes it hard to get to and it was doom and gloom from then on really. They weren’t able to operate but they did want him to have a biopsy. That’s a huge operation in itself just to find out which type of tumour you’ve got and Dan was obviously scared. This was made worse by the fact COVID restrictions meant we were only able to go and see him one at a time. The other had to wait in the car park. Thankfully, he came through the op fine and was very glad to have woken up. 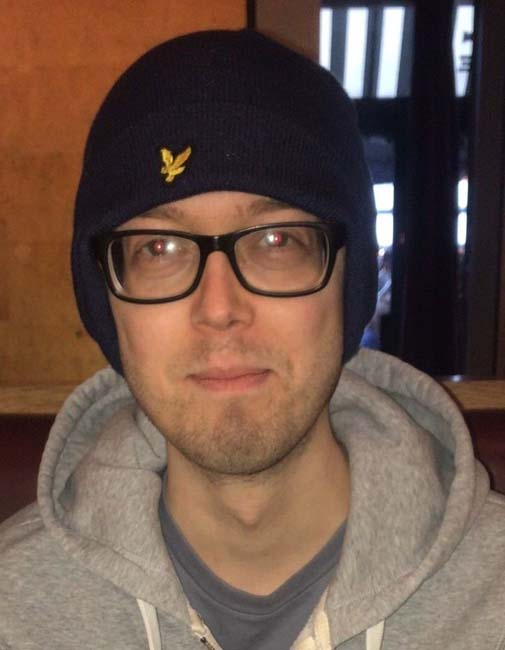 After that Dan had radiotherapy for two weeks and was given steroids to reduce the swelling around his tumour. He was actually pretty good for a while but the journeys to and from Brighton, although only 11 miles each way, were difficult because it made him car sick. We bought him some funny-looking motion sickness glasses which have liquid in them to create an artificial horizon in your field of vision and they helped a little. We also got him travel wristbands, barley sugar drops travel sweets – he particularly liked the lime and ginger ones although the ginger ones were good, too – and we used ginger oil aromatherapy in the car. 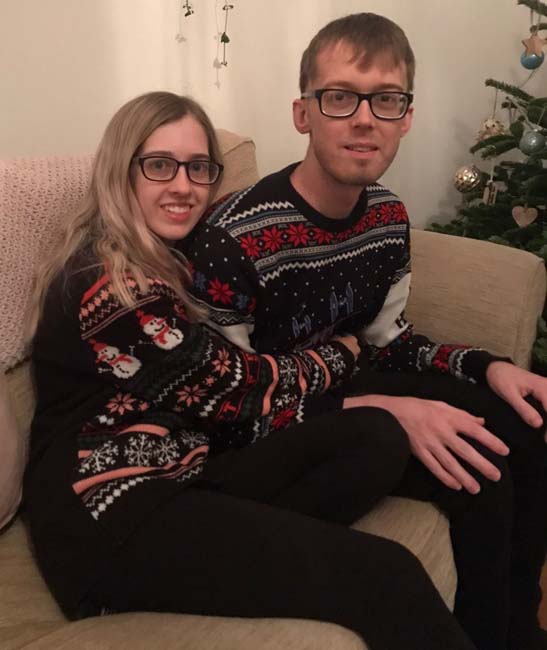 “Sometimes we could make it all the way to the hospital before he was sick and it became a bit of a challenge.”

I tried lots of different routes to try and avoid having to stop at red lights or sit in traffic and even altered my driving style to make it as smooth a journey as possible but whether I went slower or faster didn’t really seem to matter. It was just another challenge for Dan, like the constant MRI scans and blood tests, and he was so brave. You wouldn’t have known he had a brain tumour; he never moaned or complained about it. If it was me, I’d have been angry and scared about what was going to happen to me but he never was. He was amazing, a real warrior, and just took it all as it came, smiling and joking the whole time.

“I don’t understand how he did it but he did and I was so proud to be his dad.” 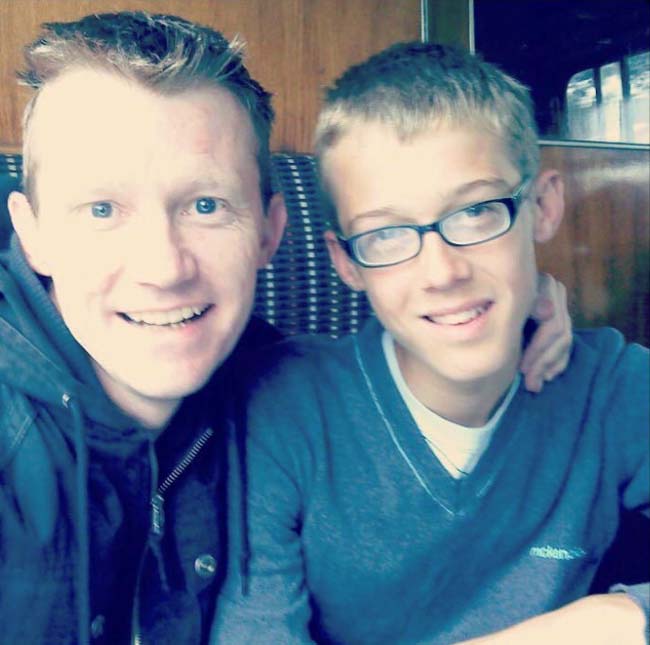 We sought a second opinion from The Royal Marsden Hospital in London, and we also tried to find clinical trials for Dan to take part in. Sadly, it was the same bleak story because of where his tumour was located. He started having chemotherapy but that was stopped after proving ineffective. The doctors said there was no point keeping him on chemo drugs that weren’t doing any good because of the potential damage they could do. He was, however, approved for a second round of radiotherapy and Sharon is really into holistic wellbeing so we started buying wheatgrass to drink, changed his diet and put frankincense oil on his feet and the back of his neck every day.

“We never stopped fighting it and had him at home with us until the very end.” 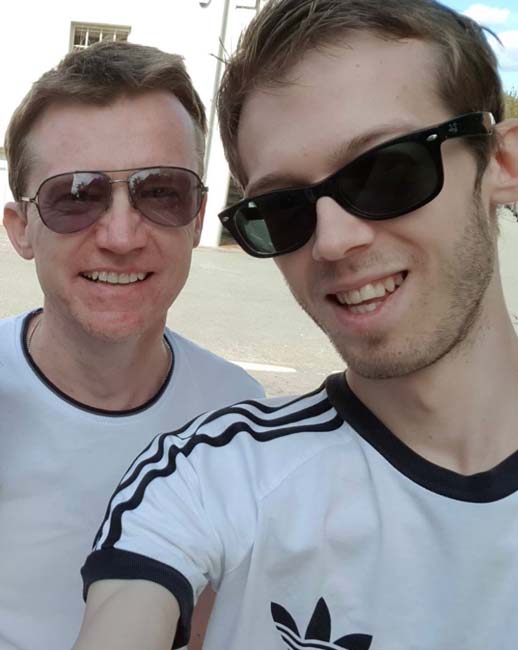 From August 2021, Dan’s health began to deteriorate and so we converted our dining room into a ward. We got him a hospital bed and lots of things to assist with his declining mobility, including a walker to get him around the house, a bench for him to use in the shower, a chair in the bathroom to make cleaning his teeth easier and frames around the toilet to help him get up and down. When he became unable to walk we used a wheelchair to get him out and about. 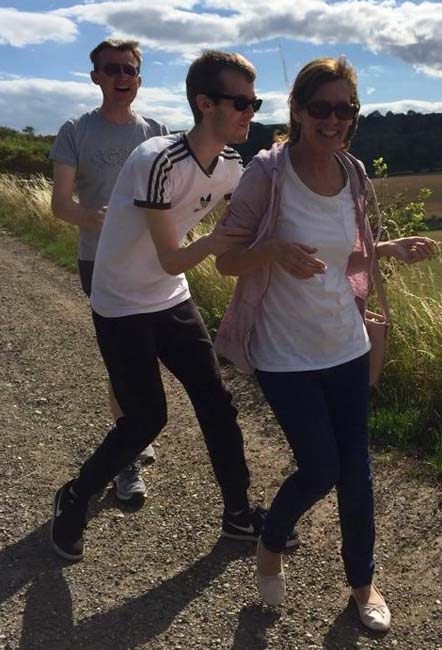 Nurses from St Barnabas House Hospice, in Worthing, came in each day to help and at night a Marie Curie nurse came so that Sharon and I were able to get some sleep. As Dan got worse, we needed to do more and more but we did it because he was our lad, our boy, and it wasn’t a problem.

“I’d be happy doing it for him for the rest of my life if it meant he was still able to be with us.” 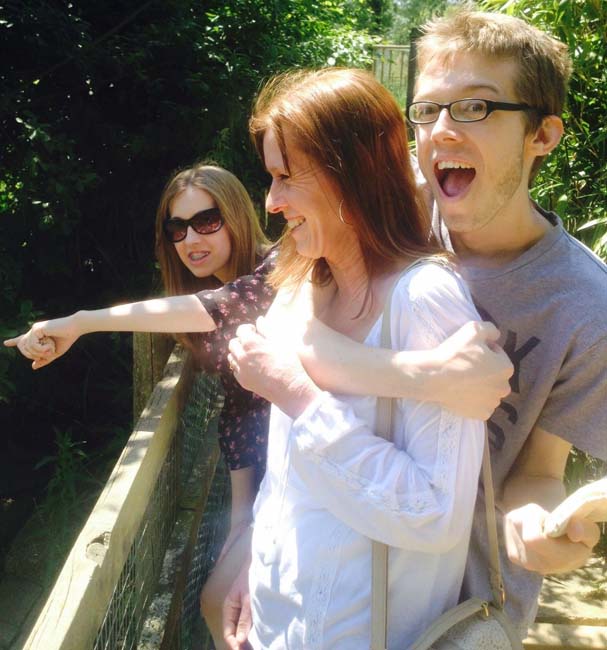 For the last month, Dan didn’t really eat or drink and he slept all the time. Then at 8.30pm on 26 November 2021, he stopped breathing. I tried to save him by doing CPR but it wasn’t to be; I think he’d given up by that point. When the paramedics arrived, they told me to stop and when I did they didn’t take over so my son died 13 months after his brain tumour diagnosis. It was absolutely awful. You think ‘why him, he’s 26 and did nothing wrong?’ He was a beautiful boy, a perfect young man with perfect manners and a great sense of humour. We’re all absolutely devastated by his loss. 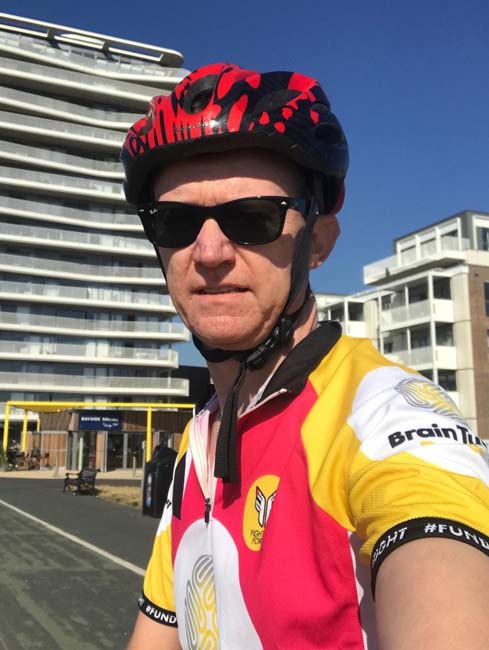 “Now I concentrate on keeping his memory alive and helping to prevent others from going through what we and Dan did so that hopefully one day more can be done.”

You can’t cure GBMs – it’s 2022 and there’s still nothing that can be done, which is hard to hear and to accept. I’m currently taking part in the Brain Tumour Research Cycle 274 Miles in August Challenge and want to get a charity medal to fix alongside a plaque on a memorial bench which was recently installed in Dan’s honour in The Manor Park in Broadwater, Worthing, where he used to play football with his friends. Dan’s with me all the time; he’s with me on my rides, probably laughing at me, but I’m doing it in his memory and, ultimately, for others like him – that’s what’s keeping me going. 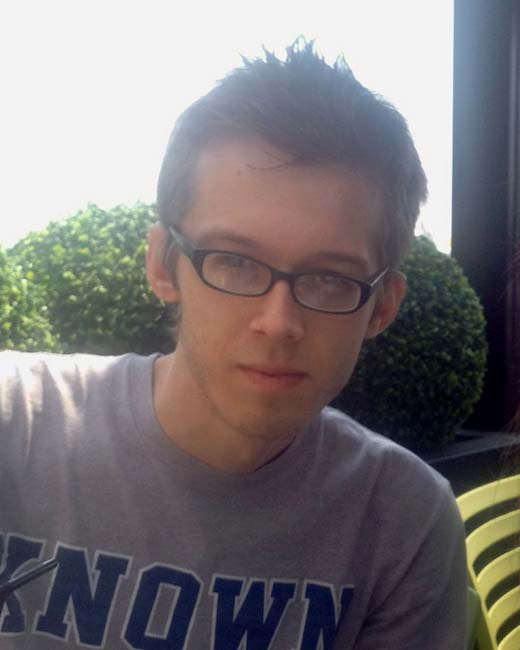