Chloe from Worcestershire died exactly a year after she was diagnosed with a rare grade 4 brain tumour. She began to experience painful headaches and after trips back and forth to the GP, she was finally referred for an MRI scan which revealed devastating news of a mass on her brain. Months of radiotherapy couldn’t compete with the aggressiveness of the tumour and the cancer spread and Chloe died on 15 September 2016 at the age of 19, surrounded by her family. Six years after her death, her brother, Jordan is fundraising to help fund the fight and find a cure for the deadly disease.

Here is Chloe’s story, as told by her brother, Jordan…

Growing up with Chloe was your typical sibling love hate relationship. She would often want to do what I was doing but because she was five years younger than me, she couldn’t always join in, and she hated me for that.

When we lived at home, we would never say ‘hello’ to each other, just some sarcastic insult, we could go from laughing to hating each other in the blink of an eye but that’s how we were and I wouldn’t change it.

She was a great sister and friend, someone I could talk to when I had any problems and she’d be there to help me find a solution – something I miss the most. 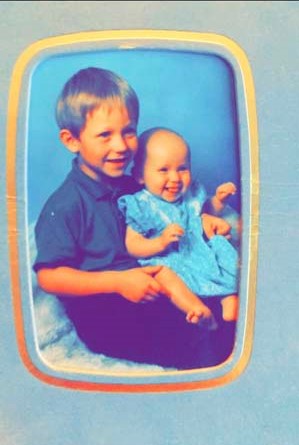 Back in 2015 Chloe started getting really bad headaches, and she knew something wasn’t right, after months of trips back and forth to the doctors they couldn’t work out what was going on.

Finally in September 2015, Chloe saw a different doctor at the GP surgery who expressed concern over her symptoms and asked to present at Worcester Royal A&E where she had an MRI which revealed she had a brain tumour.

We were in shock. This was the worst news we could have received.

“I can remember the phone call from our mum to say Chloe was in hospital with a brain tumour and just thinking ‘what does that mean’ ‘what happens now’.”

It wasn’t until after she was diagnosed that Chloe opened up to the family about voices she could hear in her head. She said they were intrusive and really unpleasant, wanting her to do bad things. Thankfully, as soon as she had the surgery, these disappeared.

Chloe was curious about what having a brain tumour meant. Surely they’d take it out and she could carry on with her life? It’s almost as if we were both ignorant to what a brain tumour was because we hadn’t known anyone who had this disease. I am much more aware now of course.

Chloe was blue-lighted to Queen Elizabeth in Birmingham and before I visited her in hospital the next morning, she phoned me and I’ll never forget her asking me if she was going to be OK, sounding so scared. It was heart-breaking having to reassure her, but of course I had no idea what was going to happen.

A week later she went into surgery at 8am and didn’t come out until 6pm. It felt like time stopped as we sat, helpless, in the lobby waiting and watching the world go by.

When she came out they told us they had only managed to remove 95% of the tumour and she would need a five-day course of radiotherapy every week for the next six weeks to treat the remaining 5% of the tumour.

A biopsy showed Chloe’s tumour was a rare grade 4 cancer  which the medical team treating Chloe said they had only seen once before.

She ended up having a total of six months of radiotherapy until the remainder of the tumour was under control.

However, not long after her treatment finished, Chloe began to have seizures. She’d had them before but they would last for seconds. In July 2016, when they became more frequent and violent, an MRI scan showed the cancer had spread and there was nothing more they could do.

When the doctor started to say this, Chloe simply got up and said she didn’t want to hear any of it.

Having to listen to the doctor say those words - that she hasn’t got long left to live, completely shattered my world in one sentence. It didn’t feel fair.

Chloe was so strong until the very end, she’s the bravest person I’ve ever met and will ever meet. We had to slowly watch her health deteriorate, her memory, her eye sight, even being able to get up on her own became impossible, it was difficult to watch.

On 15 September 2016 my world was shattered. I had a phone call from my mum to say I had better come home as Chloe wasn’t in a great place and later that day, she died, surrounded by family at home, a year to the day after being diagnosed. She was just 19.

Brain cancer is something you never think you and your family will ever have to go through. Chloe had her whole life ahead of her and to know I have to grow older without her breaks my heart. Not knowing the type of adult she would become, what she could have achieved – it broke our hearts as a family. Chloe wouldn’t want us to sit around and be sad. The pain will never go away but as a family we have stuck together and honoured her memory by carrying on living our lives.

It will be six years this year since she passed away and that’s how long it has taken me to get to grips with what happened. 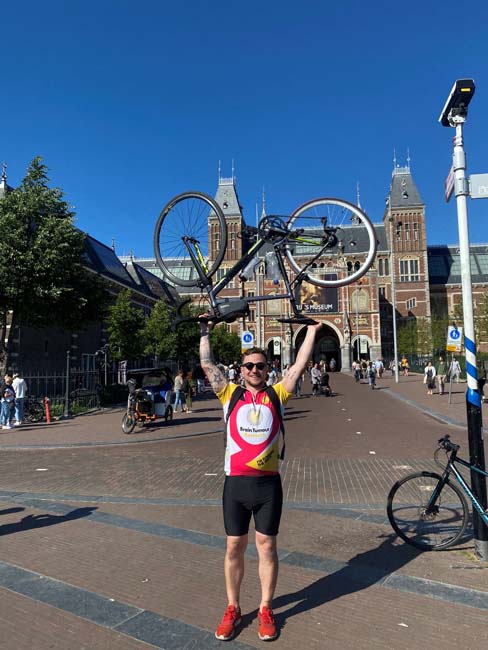 In June, I took part in a cycle ride to fundraising for Brain Tumour Research to remember my sister. This challenge was for her and everyone else who has had a brain tumour. More awareness is needed. More funding. To save lives. For Chloe. 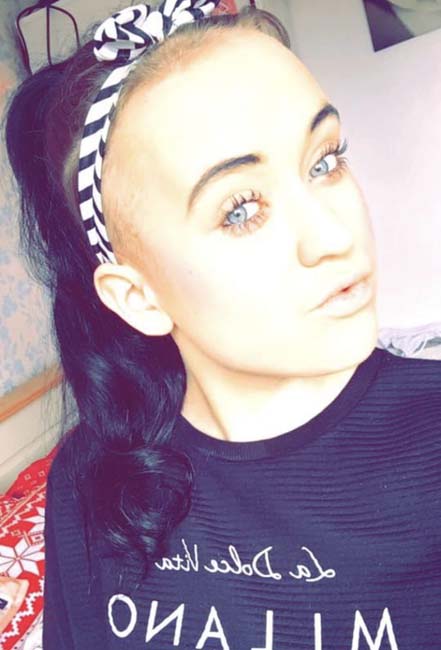